Published by Lauren Apfel on September 27, 2019

When my son was a toddler my mother gave him his first video game console as a birthday present. Designed for tiny hands, the controller had big buttons and a colorful and easy to see display. He was overjoyed at his new toy and for the first week, it was adorable to watch him enthralled with learning shapes and colors in such an innovative way.

But unfortunately, his attitude started changing. He'd throw tantrums anytime I told him it was time to put the games away. I noticed his attention span started to get shorter with anything that wasn't a video game. Gone were the days of questions about animals and requests for bedtime stories - all he would talk about were his games. I soon started to notice he seemed tired more and more often. I started checking on him late at night and discovered he'd taken to sneaking in more games after bedtime.

It wasn't all bad though. We've all been there when, after a hard day of work, running errands and making sure the family is fed, it's just easier to let him plop down with some screen time to give mom a break. A few years passed and he started watching Youtube videos where other people play games. At first, I felt like this wasn't any different than my husband watching football, so I let it pass. But then I watched a few of these videos myself and realized that 1) the creators of these videos weren't making them for young children - the language and content were too mature for my son, and 2) some of the games themselves were for more mature kids as well.

This was absolutely unacceptable. I realized that my child was spending far too much time immersed in the virtual world, was possibly addicted to it, and that I needed to be the adult and get more involved. I tried to consider activities that my son would like, that would pull his attention away from the games, and after much trial and error, this is what worked for me:

Growing Food and Meal Prep – Packing lunches and planning breakfasts can be a huge strain on time. I noticed that one of the games my son played had a farming aspect, where the character grows food and then uses it to make recipes. So, I bought a couple potted herbs to put on the kitchen windowsill and charged my son with keeping them alive. Then, we started doing meal prep every Saturday afternoon to cut down on cooking time throughout the week. I'd let him prune the herbs and add them to the pot. As he got a little older, we added a small box garden in the back yard for him to grow simple things like green onions and carrots. It turns out that while he liked the game, he also really liked the idea of growing things and using them to cook. It also worked out really well for me in that I didn't have to cook every day!

Replace puzzle games with actual puzzles – Who doesn't love a good puzzle game? Games that use matching shapes and colors to clear space on a screen have been booming since Candy Crush - I bet a lot of you have played them yourselves on your smartphones. While physical colored bricks and blocks kept my son's attention when he was little, they lost their pizzazz as he aged. Adding more complex puzzles was the key to keeping his interest. Traditional jigsaw puzzles and really modern 3D puzzles, like these from Ugears Toys, with dozens to hundreds of pieces, soon became the norm. The key was keeping up with his development. Having physical puzzles rather than virtual ones pulled my son away from the screen and into family bonding time.

Seek Adventure! - Kids love to go exploring. Even if they're not the rough and tumble kinda kid, there are all kinds of outdoor adventures that can spark their interest. My son loves to go on nature hikes to identify local plants and animals we see along the way. He likes to get his hands (and clothes, frankly) dirty while rolling over small logs to see what's underneath, splashing in puddles to watch the waves, and we've recently tried our hands at fishing to see what kinds of animals live in the pond by our house. But if your kid is a little more indoorsy, exploring a local aquarium, or a zoo on a sunny day can be a good alternative. Even just taking a stroll through your local downtown area can offer parks and other free outdoor activities to explore with your little one.

In short, think about the games your kid likes to play and try to find real-world alternatives they would enjoy. This can even work with older kids! Do they like active type games? Take them to a ninja course or sign up for paintball lessons! Maybe all you know is your child likes games you find very beautiful - sign them up for a mom and me art or pottery class! There's nothing wrong with video games on their own, but we as parents have to make sure that our children's relationships with them are healthy. 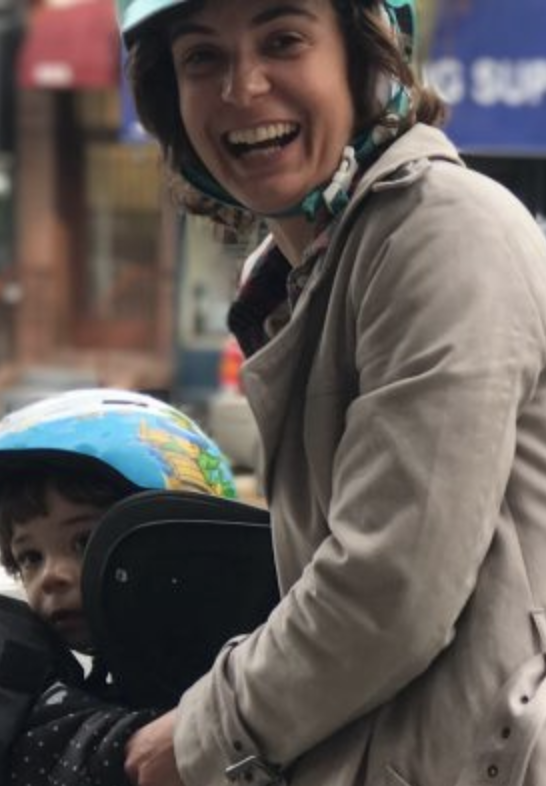 I let my son quit baseball: Here's why
Technology will not divide us
Lacrosse on the spectrum
advertisement

I let my son quit baseball: Here's why
Technology will not divide us
Lacrosse on the spectrum