My Daughter, the Fashion Model

Published by My Dishwashers Possessed-Kathy Radigan on December 8, 2016 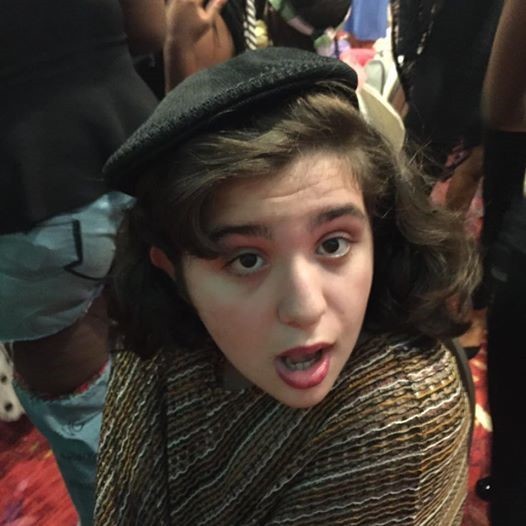 Last Saturday my beautiful teenage daughter and I spent the day in a crowded New York hotel ballroom getting her ready to model in a fashion show.

This might not seem that unusual, given that our daughter is 5’8” and has adored makeup, shoes, and clothes almost from infancy.

One of her first complete sentences was, “I need my Chanel perfume,” and she has always loved the pictures in Vogue and Glamour. That she would like modeling didn’t really come as a surprise.

But we never thought she would have this opportunity. Unlike most of the other girls and women who were busy getting ready to model new fashions all over Manhattan, our daughter has significant special needs.

Lizzy was only two years old when it was strongly suggested by a pediatric neurologist that she have an MRI. The doctor said he was not one to routinely order this test for a child so young, but the size of her head and the shape of her eyes concerned him.

My husband and I had been deeply worried that something was profoundly wrong with our daughter for more than a year and had already taken her to every doctor her pediatrician recommended. Each visit ended with us being told that she most likely just needed some speech therapy and she would catch up.

But Lizzy had been getting speech therapy for six months and was making very spotty progress. Now a top specialist was telling me that he saw something wrong, too. I was beyond scared.

Her MRI revealed major brain damage, but we have never learned the origin or extent of it. We have never been given a name for the disorder that causes so much havoc in every aspect of our daughter’s development. Though she is 14 years old, cognitively Lizzy has more in common with a three- or four-year-old child. She attends a school for children with special needs and will most likely always require full-time care.

Yet despite of her limitations, Lizzy took part in the Beautiful You Fashion Tour as one of two special needs models in the show that day. She was in her glory as she walked down the runway in an original creation by designer Sharon Gary-Dill.

Gary-Dill said it was important to her to include people with special needs. In her work, she tries to counter “the stigma that society has placed on them. I want the world to see that that they can be glamorous and stylish just like anyone else in professional shows.”

We had learned of this opportunity over the summer when special needs advocate and WCEGtalkradio host, Norma Stanley contacted me after reading a piece I did about Lizzy on the Huffington Post. Stanley’s 28-year-old daughter, Sierra, has been modeling for a year-and-a-half and was the other special needs model wearing one of Hackney’s designs.

I hesitated to say yes. I knew Lizzy would love the idea of it, but I really wasn’t sure if she would be able to handle a long day of hair, makeup, and a lot of rushing to wait around for hours. And to be honest, I wasn’t sure if I was up to the stares and questions that sometimes accompany us when we are at events that are not exclusively for people with special needs. 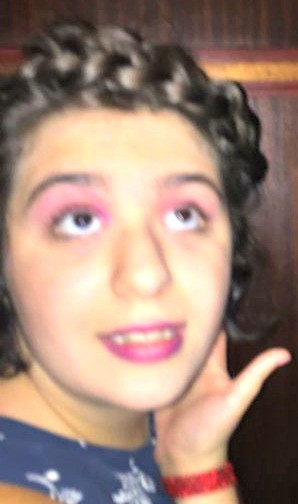 As it turned out I had nothing to fear. Every model, designer, makeup artist and hair stylist was professional and lovely toward the both of us. They treated Lizzy as just another model and that in turn helped my daughter rise to the occasion.

She enjoyed having her makeup and hair done and had no problem with the craziness backstage and the last-minute decision to change the hat she would wear. She loved seeing the different clothes and the women and girls modeling them. When it was time for her to walk, she confidently strutted her stuff, and she loved the applause and cheers she got. She earned her place in the limelight.