My Child Is Easier To Like When He's Medicated

We resisted medicating Lucas for his ADHD for three years. Like many parents before us, we took the try-everything-else-first route, which served a twofold purpose. First, it acted as a defensive barrier against those who might secretly accuse us of lazy parenting. “Ah, yeah, we’re drugging our kid. But don’t worry, we’re not lazy parents; we tried everything else first.” Second, it prevented us from feeling (as) guilty about drugging our kid—because we really did try everything else first.

The tipping point in the big “Do We Medicate?” debate was a parent-teacher conference. I sat with my husband on one side of the table and Lucas’s four teachers sat facing us. A gelatinous blob of “Please Help Us Do Our Jobs” lumbered across the table, swallowed me up, digested me, and shit me out on the floor as a steaming heap of ineptitude.

These are the best teachers in the state. They’d tried every technique they knew, and Lucas was still only completing about 40% of his schoolwork. He was a wreck in the classroom, materials strewn about, never aware of what he was supposed to be doing, always making disruptive noises and interrupting the teacher. The teachers spent so much time redirecting and trying to reach Lucas that the other students’ education had been compromised. After that meeting, I went home and bawled my eyes out. We had to do something. “Everything else” wasn’t working.

Lucas started 10 mg of Focalin, an ADHD medication, on a Tuesday. Fifteen minutes in, I began to notice differences. Little things. I went to ask him to put on his shoes, but they were already on. I asked him to get in the car, and he said “OK” and got in the car (?!?!?!?). During the ride to school, he stared thoughtfully out the window. I thought, oh my God, he’s becoming a zombie! I asked him what he was thinking, and he described to me an intricate plan for his next building design on Minecraft. Who was this child speaking in bullet points?

When he arrived home from school that day, he walked in the door, placed his shoes neatly in the laundry room, unpacked his backpack and lunch box, and scurried off to do his homework. His younger sister was running around screaming, and he said, “Can you please be quiet? I’m trying to concentrate.” That was the first time I’d ever heard him say anything like that. He finished his homework in record time and flew out the door to play with the neighbors.

Wednesday after school I asked Lucas to clear his papers off the kitchen table. A minute later, I turned around to bark at him a second time and was startled to find he had already done what I asked. I choked back the bark and had an epiphany instead: Lucas isn’t the only one who’s been suffering here. ADHD had been wearing all of us down, especially me, his primary caregiver. I’d been worrying for so many years that the constant negative feedback Lucas received at school would condition him to believe that all he could expect from life was an endless torrent of people begging him to pay attention and telling him his best wasn’t good enough. A justifiable concern, for sure. But I nearly overlooked what ADHD had done to the rest of our family — to me.

I realized that through all these years of struggling to manage Lucas’s ADHD, I too had been conditioned. I’d been conditioned to assume that Lucas would never ever do what he was asked. That I had to enunciate and repeat and have him regurgitate back to me while maintaining eye contact, then ask him to repeat it for me one more time, and then I still needed to check in with him two minutes later to be sure he was following through. I’d been conditioned to believe my child could not accomplish much of anything without my relentless helicoptering; to yell because sometimes that was the only way he would hear me; to shush shush SHUSH!!! because he never shut up with the crazy repetitive nonsense noises.

To summarize: I had become conditioned to be annoyed by my own child. The crazy thing is, I didn’t know it. That is just how things were. To me, that was motherhood.

Thursday morning the week of starting meds: On the drive to school, Lucas worked with his multiplication flashcards in the car. He shuffled through them, reciting them aloud, repeating each one three times to help himself remember. He soon began to eliminate the ones he knew and set them aside. He worked through the cards until he felt confident he’d memorized them, then he set the whole pack aside and said, “Mom, let me know when a minute is up. I’m going to think about something else for a minute, then I’m going to come back and see if my brain still remembers everything.”

A wave of some strange new emotion washed over me and made me shudder. My son had just reminded me of…me. Without any prompting or encouragement, he had devised a study technique that I had also once independently devised for myself. The thing I thought was, oh my God, we are related! My son! It was the first time I had ever felt that kind of genetic connection with him. It leveled me flat. 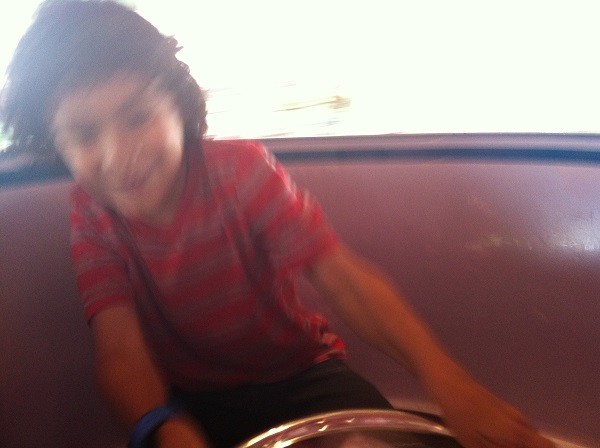 Later that afternoon, I went to pick Lucas up from chess club (shut up, it isso cool), and I ran into his reading and social studies teacher. She beckoned me over so she could tell me how Lucas had been doing the last couple of days. She was as excited as if she’d won the lottery, literally trembling with joy. “Look,” she said. “Look at this writing sample. Just look at it! Look how much he wrote. Look at his handwriting. And read it. Oh my God, just read it! It reads like a science textbook!"

Lucas politely interrupted our conversation because he wanted to inquire about the fire alarm on the ceiling. He’d never noticed it before and had roughly eight zillion questions about how it worked, who maintained it, whether or not it chirped if the batteries died, if the call to the fire department was automatic or if it was someone’s job to make the call, and if so, whose? He fired question after question at his teacher, squinting thoughtfully and maintaining eye contact with her as she answered his questions. The teacher and I looked at each other with tears in our eyes.

For years, I have thought of myself as an impatient, highly reactive person. A yeller. A snapper. A toy-thrower-awayer. I have thought, on many occasions, that maybe I am just not cut out for motherhood.

That has changed since Lucas started meds. The meds don’t wear off until 6 or 7 p.m., which means I get a calm, attentive, non-ticky version of Lucas for two or three hours every day after school. It turns out, when I have two children behaving as one would typically expect children to behave, I am an impressively patient person. And I always have been. I just forgot.

So the thought I’ve had lately, the one that makes me really sad and confused is this: I like my child better when he’s drugged. He is more coherent, easier to communicate with, more organized in his tasks. And more than that, I like myself better when he’s drugged. I hardly yell at all. I can hear myself think. I am not frustrated and short-tempered. I like these things. I like this life.

But is the drugged Lucas still the real Lucas? Did I medicate him to make him more like me? Did I drug him into conformity? Have I done this to him to make my life easier? Who am I really helping here?

I’m still reeling a little, though now that Lucas has been on meds for six weeks I have more perspective. We haven’t been medicating on the weekends, and I’ve been delighted to find that I am significantly more patient even when he’s off meds. I think having him on meds during the week buoys me enough so that if we have a few standout moments of ADHD over the weekend I am more emotionally equipped to handle them. And Lucas? He says school is fun now that he realizes he’s good at it. He tells me he enjoys learning because it makes him feel smart. He’s happy his teachers aren’t on his case all the time anymore.

And I’m telling myself that the medicine does not make Lucas a different person or a better person. He was already a good person, already enough, before ADHD medication. The medicine does not change who he is, it just clears away the excess noise in his mind and allows him access to his thoughts. It lets him be who he was meant to be. 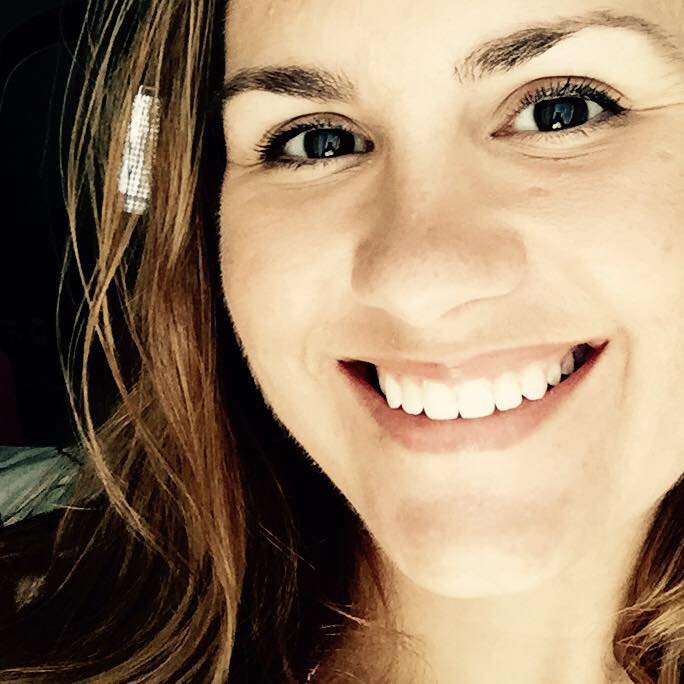 Kristen Mae is the best-selling author of Red Water and Beyond the Break, a freelance writer, classical musician, and artist. Follow her on Facebook and Instagram @AbandoningPretense, and check out her novels, available now at most online booksellers.

When I realized my son’s behavior wasn’t just “boys being boys”
Differently Wired: The moment when school felt like feeding my son to sharks
Back To School With ADHD
advertisement

When I realized my son’s behavior wasn’t just “boys being boys”
Differently Wired: The moment when school felt like feeding my son to sharks
Back To School With ADHD