What I learned from my bullies: 'Even if you don't like someone...be kind'

Have you been bullied as a child? Many people I know have stories about bullying. It's almost like a rite of passage amongst school aged children. Part of me didn't even want to write this post but I think this topic is an important one – plus I'll be able to share my story with you.

What is a Bully?

A bully is someone who does the following:(Source: Stop Bullying.gov)

Bullying is unwanted, aggressive behavior among school aged children that involves a real or perceived power imbalance. The behavior is repeated, or has the potential to be repeated, over time. Both kids who are bullied and who bully others may have serious, lasting problems.
In order to be considered bullying, the behavior must be aggressive and include:
Bullying includes actions such as making threats, spreading rumors, attacking someone physically or verbally, and excluding someone from a group on purpose.

This could happen to adults too. 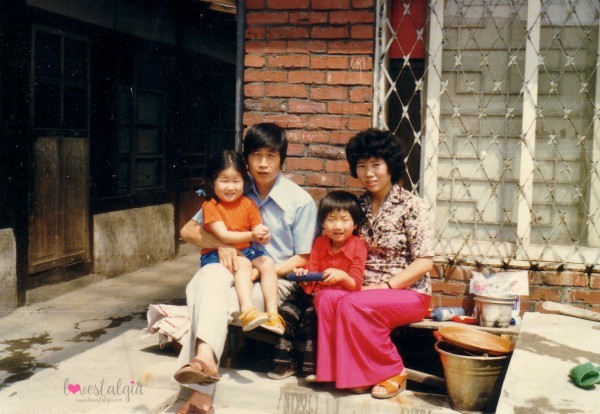 We immigrated to the United States when I was 5 years old. Growing up, I wasn't fluent in English until 4th or 5th grade. I don't remember too much of my elementary school days except learning English and staying home a lot while my parents worked tirelessly to make ends meet. We were not wealthy but we had clean clothes, a place to live and food on the table.

When I was in the 5th grade, there were two girls who I had classes with since 3rd grade. I wanted to be friends with them because they seemed nice and we were always in the same class. I was shy but they were the popular girls who had stylish clothes and were attractive and well liked. We would all play during recess.

But something changed in the 5th grade. They were not the nicest. They would crank call my house and hang up. My memory is so bad so I don't really remember what they said but I remember being sad because they would call my house, hang up, then act like nothing happened at school. Being the naive kid that I was, I tried to get them to like me more by being extra nice and giving them things.

DSNS and its effects:

When I was in 6th grade, things got a little out of hand. Garbage Pail Kids had a card that had "Smelly Sally" on it with a little blonde girl on a tuna can. It didn't even look like me but the name was all they needed to start running with it. I forget who exactly started it but a group of 6th graders gave me a new nickname based on that Garbage Pail and made up an acronym DSNS- which stood for Desperately Smelling Nipper Sally. This was in the 80's – and whoever made this up was inspired by Madonna's "Desperately Seeking Susan." At least they were creative but politically incorrect?

I remember crying all the time. I hated school. My parents couldn't really help or do much because of their limited English. The situation got so bad the teachers couldn't resolve it so the principal was called. We had to have a meeting with the principal and the kids were disciplined. The damage had been done to me though – which took decades to undo.

I honestly don't remember the details but that school year was really horrible. It gave me a complex of feeling left out all the time and being self-conscious and unsure of who really liked me. Those feelings of insecurity would follow me for many, many years. So why do I share this on the internet for everyone to read? To share with you what I learned so that it might help someone else. 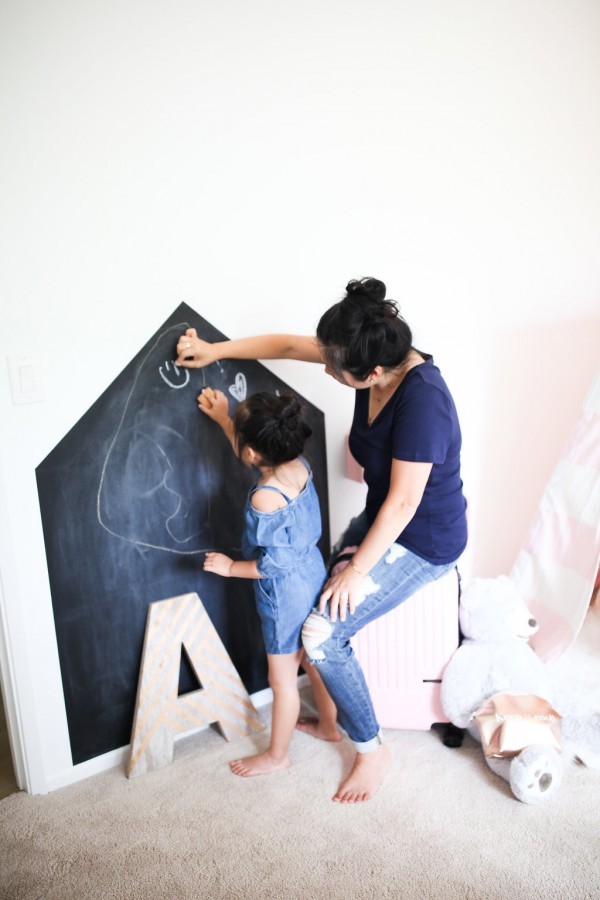 I would be lying if I said that no one has ever annoyed me and I was nice to everyone. People are annoying because we are all human. I know I can be annoying but I have people in my life who can tell me to stop, and I know it's coming from a loving place. I know that experiences like these have shaped me to be who I am today. But sometimes I wonder if I had to go through that to be who I am or if I would be different. So what exactly did I learn?

Even if you don't like someone or they are annoying AF, be kind. Treat them like a human being and be respectful. Does this mean that you have to be their best friend? No. Do you have to even like them? Nope! But don't go out of your way to be a jerk. Just be kind.

Don't try so hard to be liked by someone.

Maybe if I didn't try so hard to be liked by those girls, I wouldn't have been such an easy target. Who knows? Those kids saw a big X on my back because they thought they were better than me. This isn't to blame myself for their behavior – but I wish I had the confidence I have now so that it wouldn't matter if those kids liked me or not. I would have found other friends.

If you see someone being bullied or mistreated, say or do something.

There were only about 5 kids involved but the rest of the students in my 6th grade class did nothing. They were probably glad that it didn't happen to them. I can't fault anyone for not defending me. Who knows if I would have said something at that age if it was happening to someone else. It's such an awkward age/stage in life.

It's not about you, it really is about them.

What I mean by this is that I was the unfortunate person who was the brunt of those kids' issues. For whatever reason, they felt like they needed to exercise their "power" by making fun of me because I was different and they thought something was funny. Yes, there was a Garbage Pail Kid named after me. Did I smell? Not any more than the next kid. Was I Asian? Yes but calling me a "nipper" wasn't nice. It was really derogatory.

I know FOMO (fear of missing out) can be real. My little 12-year-old self thought being friends with those girls would be the best thing ever – but they ended up being so mean. If I could turn back time, I would tell myself to go find friends who were nice. As an adult, I try my best not to have FOMO. Being a mom has helped because my focus is on her so I really don't have time to feel like I'm missing out. I'm too busy creating my own memories with my family and friends.

I won't bully someone.

Because I was bullied as a young child, I wouldn't bully someone else. Does that mean I like everyone? No. I'm human. I'm annoying and so are you. If you're extremely annoying or our personalities clash, I won't hang out with you a lot but I won't make your life miserable. I'll live my life and let you live yours.

Revelations as an adult:

As an adult, when I think about the 5th and 6th grade, it still makes me cringe. I don't have fond memories of elementary school. If I think about that Garbage Pail Kid character, it isn't the most pleasant memory. But does it rule me? No. If I were to see those boys and girls again, would I want to scratch their eyes out? A part of me might want to BUT ultimately no because it's not worth it.

I just want to live my life surrounded by my friends and family. I also want to equip my daughter to believe in herself so that if something like this ever happens to her, she will be able to handle it. Also, my husband and I would be her advocates because our English isn't limited. But hopefully, we never have to do that. 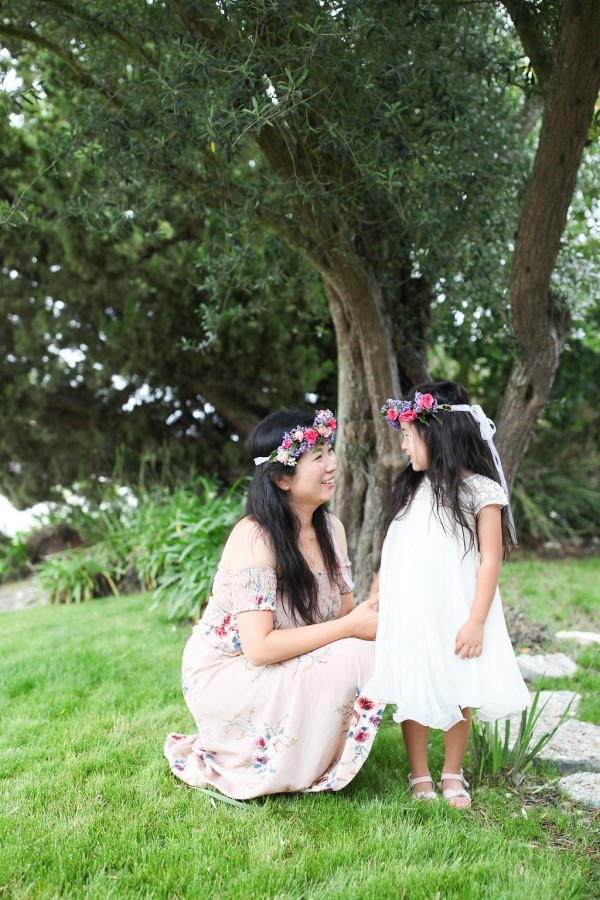 I also want to teach her these lessons and weave them into our lives so that she will be a kind person who will stand up for herself and for others and not bully others.

Have you ever been bullied? Are there any lessons you learned from it?

Why I Bully your Kid: An Inside Look at Bullies
How to raise bully-proof children
Our kids are the best defense we have against bullying in schools
advertisement

Why I Bully your Kid: An Inside Look at Bullies
How to raise bully-proof children
Our kids are the best defense we have against bullying in schools