Mud, Blood and 'Harry Potter': What #lifewithboys Means in Our House

Published by Karen Johnson on December 18, 2017 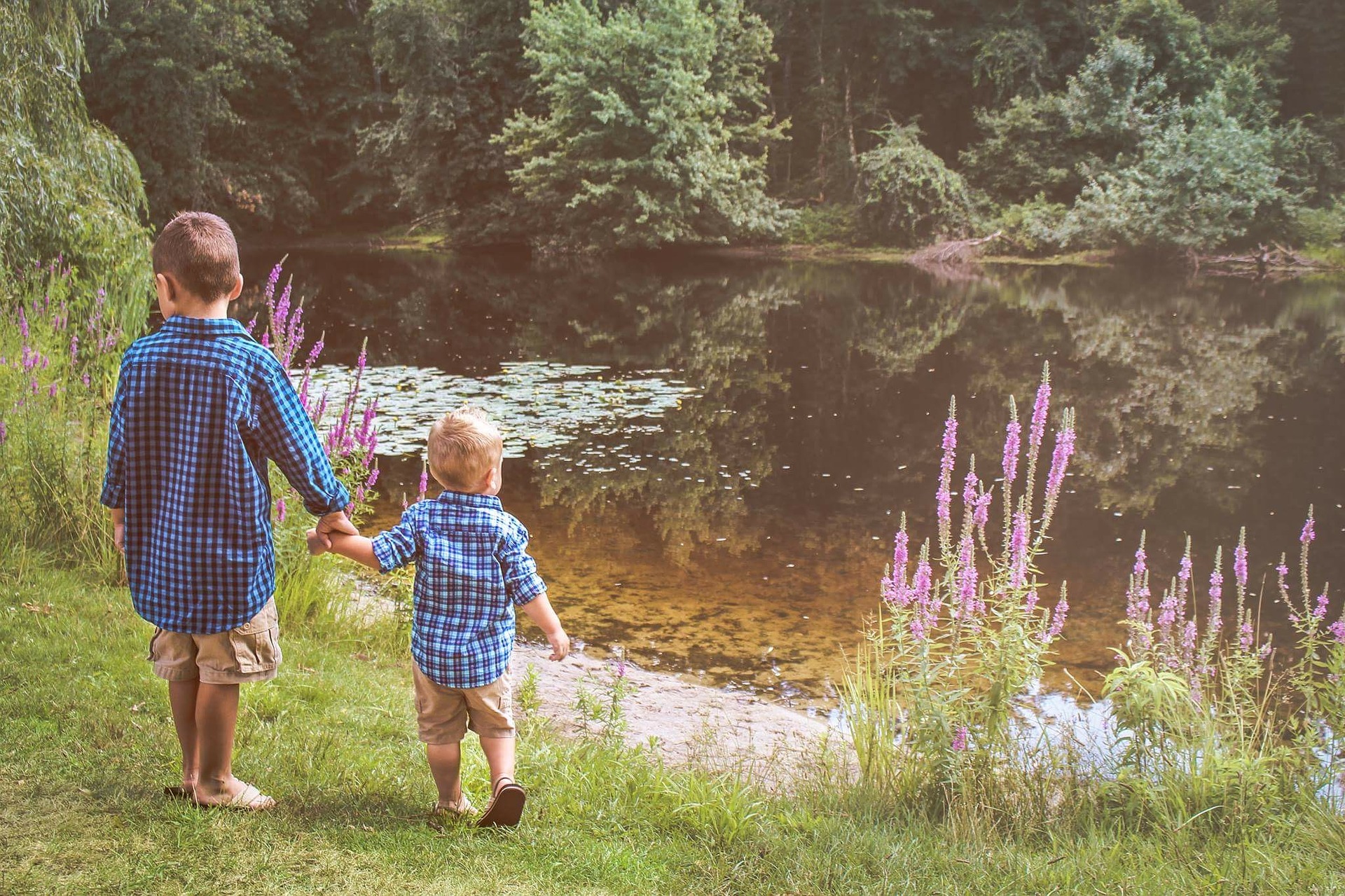 When you don't grow up with brothers, the concept of "boys," especially "little boys," is a mysterious one. Sure, I had childhood friends who were boys, and I dated a teenage boy or two in high school, but the only “boys” I have ever lived with are my dad and my husband — both of whom are grown-up boys.

So one day in June of 2008, when the ultrasound technician pointed to a penis on the screen next to me, I thought to myself, “Okaaaaay…” and wondered what the hell I was in for.

Having only one sister, I was raised in a very tidy and organized house exclusive to Barbies and dance costumes and glitter. My Saturdays were spent lip-syncing to Madonna and Paula Abdul, painting my nails, and doodling in my diary. My parents signed me up for sports, but my true skills were keeping the bench warm and doing cartwheels in the outfield. I’ve never broken a bone or even had stitches. Playing house and school aren’t very far into the danger zone, after all.

And now, at 28 years old, I was going to live with a little boy for the first time. What if he loved mud and dirt and spiders and guns? Boys pee outside and like video games and jumping off stuff. And their feet always, always smell.

And I was right.

But not at first.

Because I did have a boy in November of 2008. And he is now a video-game lover (something I’ve had to accept, with my husband’s encouragement that “he’ll be fine”). But as a toddler, hewasn’t the “boy” I’d feared anticipated. While the other boys at play dates cannon-balled off of the couch, mine was in the corner reading. While they tore through the aisles at the grocery store, knocking over pickle jars, mine read all the nutrition labels to me. And counted the squares on the floor.

And I’ll admit that I unfairly judged the mothers of those crazy boys. At the park, I would watch in horror as they aggressively climbed backwards up the slide and pushed other kids down. It had to be their parenting, I thought. They clearly have no control. And then (from atop my pedestal of parenting smugness) I’d look over at my son and smile proudly as he carefully slid down the slide (the right way) while reciting his ABCs.

I maintained my comfortable position on top of sanctimommy-mountain for four blissful years. In 2010, we welcomed our peaceful little girl into the world. An all-night sleeper from day one and a baby who hardly cried, she meshed nicely into our quiet, organized family of four. My son, who was now 2, practiced his letters and numbers daily. He flipped through book after book after book while other boys drew on couches with Sharpies and threw plastic dinosaurs in the toilet.

So confident were my husband and I in our parenting, that we thought, “Hey, let’s give this one more go-round!”

So we did. And four years ago in 2013, our third child entered this world. A boy.

As a 19-pound 4-month-old, this child has been what you might call “a challenge” from the very beginning. The wooden blocks neatly stacked by my first son have only ever been chucked across the room by my second. While #1 loved learning letters and numbers as a toddler, my youngest would merely grunt. Now a preschooler, he may comply with my wishes to practice writing his name only if I promise an epic light-saber battle immediately after. Good job writing your D! I’ll say, as I am whacked in the neck with a sword.

At 3 years old he spent the entire summer with a black eye. Now that he’s in preschool, he’s visited the nurse weekly. Ice. Band-Aids. More ice. More Band-Aids. She doesn’t even bother to call me anymore. And I’m grateful.

In a 24-hour period, he’ll melt your heart with love and hugs and kisses — and flash you dimples to die for. But he’ll also hit you in the face with a stick, sneak three candy bars, and rip a hole in his shirt. Even at 4, if he’s alone and quiet, you had better see what he’s up to. I’ve caught him standing on a step stool on top of my bed in the attempt to reach my ceiling fan. He’s been known to create towers of stools, chairs, and boxes in the precarious attempt to reach the candy jar atop the refrigerator. There is no mountain he is afraid to climb.

And speaking of treats, on several occasions, we’ve found him hiding behind the couch, elbow deep in a box of cupcakes or stuffing his face with stolen cookies. One such offense occurred when I was awoken by the sounds of ripping plastic at 3 a.m.

My first son’s primary goal in life is to avoid trouble at all costs. To his younger brother, rule-breaking is a life source. And he has a temper that could wake a sleeping dragon from a century-long slumber. The most recent casualty is the broken spindle to our upstairs railing. Where there used to be a neat, symmetrical row of white poles, there is now a gaping hole after a certain little boy yanked one out, snapped it in half, and brought it to me, saying, “Sorry, Mommy.”

Other “Sorry, Mommies” have happened too — like throwing a toy gun mid-tantrum, which means a chunk of wall is now missing. Or breaking the outdoor storage bin on our patio because he “had to jump off it as a pirate!”

Having a wild boy doesn’t mean we “can’t have nice things.” It means we can’t have things. Like walls. Or railings. Or storage containers. Remember judgmental me who scoffed at the kid pushing others off the slide and shook my head at the pickle-smasher in aisle 3? Yeah… karma.

Nine years into this parenting gig, I feel like a new mom every day, always surprised and slightly terrified of what’s coming next. When my second son is in someone else’s care, whether it be a friend, family member, or his teacher, I dread the phone call telling me that his 100th jump off the top step was the one that did him in and his teeth are no longer in his face. Or he “wrestled” another kid a little too hard. Or that I should head on over to the ER with my insurance card.

I am a #boymom, but I am raising two very different boys. So what does #lifewithboys mean in my house?

Holes in the knees of brand-new pants.

Yelling “No throwing baseballs in the house!”

Science camp by day and soccer practice by night.

We may have holes in the walls and holes in our pants, but I wouldn’t trade this life. It’s exhaustingly beautiful and never boring. Someday, my youngest child may have a boy just like him. And when he throws a baseball through the living room window, I’ll tell my son that it’s okay. He’s just a little boy.

This story was originally published in the anthology "The Unofficial Guide to Surviving Life with Boys."

What broke my heart as a mom of two boys.
Yes, My Little Boy Has Long Hair, And You Can Keep Your Judgment to Yourself
When I Hope My Love Outweighs His Anxiety, But I know That's Not The True Battle
advertisement

What broke my heart as a mom of two boys.
Yes, My Little Boy Has Long Hair, And You Can Keep Your Judgment to Yourself
When I Hope My Love Outweighs His Anxiety, But I know That's Not The True Battle