Published by Danielle Sherman-Lazar on September 14, 2018

This is hard for me to admit because I am five years into my recovery journey, but sometimes the hardest things to admit are the ones that will help the most people.

I have also noticed a lot of people talk about recovery, but no one talks about relapse while the two go hand-in-hand. Recovery isn’t linear.

People don’t want to talk about relapse out of shame.

I know it's a much harder topic for me to personally cover than recovery. When you are in recovery people think you are strong because you overcame a struggle. Relapse, people automatically seem to equate to weakness. 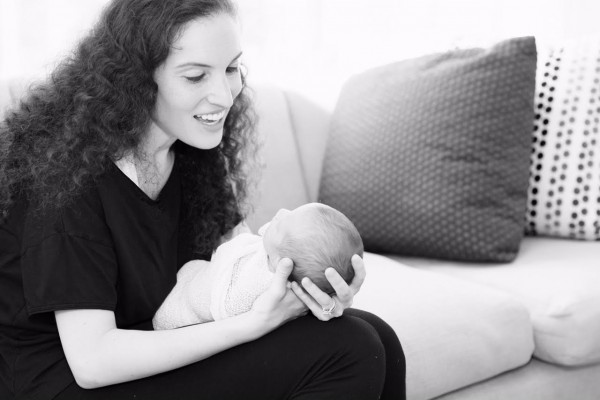 Most recently, when I gave birth to my second child, I relapsed. Oof, so hard to say. She came a month early and she was in the NICU for 11 days. There was a lot of changes as it was. I was never away from my 18-month-old, ever, and there I was in the hospital and away from her, my hormones were crazy, and then I was told I wasn’t going to be taking my newborn home.

I also saw a new body. A body that I didn’t recognize. In my mind, I rationally knew this body just gave birth, but between what I was seeing and all the stress I was under, I felt like the weight of my body was suffocating me. I couldn’t breathe in the uncertainty around me. That coupled with a hectic schedule: I was going to the NICU for my newborn’s first feeding before my 18-month-old woke up, so I could spend the morning before her nap with her without her noticing I was gone. Then around 12:30 I’d put my 18-month-old down for her nap then head back to the NICU for my newborn’s next feeding. Then back to my 18-month-old around 3:30 to spend the rest of the afternoon with her. Then at seven after I put the 18-month-old down until 11:30 at night, I was with my newborn in the hospital. Then up at five to do it again. It was hard. And you don’t feel like yourself as it is postpartum. My body ached. My privates ached. My heart ached. Everything was one big ache.

I was running around, so it was easy for me to miss lunch. I am not a person who thinks about her hunger or herself first by nature, so it’s very easy for me to miss those cues. But then the next day, I started missing that meal purposely—because that hunger was comforting in all the chaos. It always was. I became addicted to that feeling again. It's a slippery slope. You can't miss a meal in recovery I was beginning to learn.

But I kept telling myself I was okay.

Two weeks later, both my babies in the same place, my mom started to realize what I was doing, and she called me out.

“I’m in solid recovery, and I'm offended," I huffed at her. “Just because I did it in the past doesn’t mean I’d do it again. Plus, I’m breastfeeding.” That was the scary thing, I was breastfeeding, and my daughter needed the nutrients. Hearing myself say those words out loud freaked me out. I lied, plus I was lying to myself—I wasn’t doing the best thing for my daughter either.

So, after that interaction, I got back on the recovery bandwagon. I made sure I added lunch to my routine again. I made sure I ate even when the stress of the world, of getting used to two babies under two, was weighing me down. Even when my 18-month-old wanted nothing to do with me because I brought this new baby home, not her daddy, me! I am not perfect. Just because I birthed a child doesn't make me immune to relapse. I still have my off days, but on those days, I make sure I talk or write my feelings out.

Because one missed meal can lead you down the rabbit hole. Mothers (in recovery from substance abuse, eating disorders, mental illness), fall too, they just have more people depending on them if they let themselves hit the ground. But we are human beings too at the end of the day.

So, I pull myself up when I have a setback. You can pull yourself up too.

People don’t want to talk about relapse out of shame. It’s considered weak. Mothers are supposed to be strong.

Admitting to relapse and getting right back on the recovery path is one of the strongest things you can do.

...a month early-that's nothing! ....except that it's everything
The NICU Taught Me How To Keep My Daughter Alive
I hated breastfeeding: There, I said it
advertisement

...a month early-that's nothing! ....except that it's everything
The NICU Taught Me How To Keep My Daughter Alive
I hated breastfeeding: There, I said it