Published by jthreeNMe on October 3, 2018 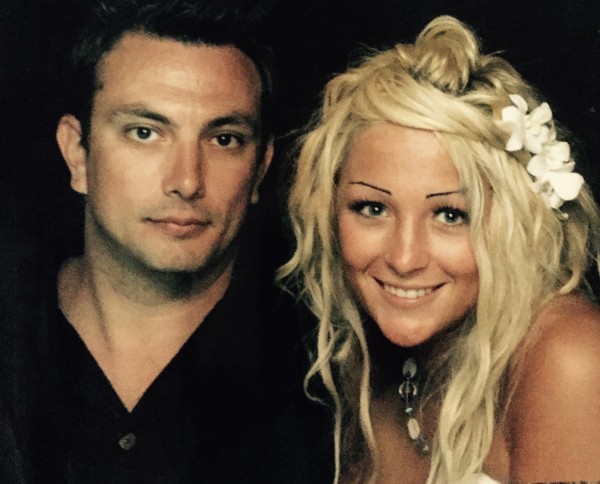 Let’s talk about them.

Let’s tackle those bad boys head on, because a lot of the general public feel like they are bad and shouldn’t have been on my forehead looking like that back in 2006.

Heck, some of you still have questions about or an issue with their current presentation.

Recently, I had an article of mine, originally published on Grown and Flown, shared by NBC’s TODAY Parents and another media outlet. I was also informed today that third media platform plans to share it with my permission.

The piece is a nontraditional love letter to my husband of ten years. It's a lovey-dovey, a little bit corny, but every bit genuine in the message it was intended to relay to him and anyone reading it.

When I submitted the piece to the Today Parents Community, I used a recent photo of my husband and myself.

When I submitted the piece to another media outlet, I sent over a few options ranging from early in our relationship to present day.

Apparently, this was a bad idea; or was it?

You see, I’m typically pretty thoughtful and methodical about the pictures I use to accompany articles, as I feel they are of uber importance in relaying my message. I thought all of the pictures I chose of my husband and myself displayed love and happiness and I was able to associate each photo with a positive memory.

But, guess what happened?

Leave it to social media’s peanut gallery and the world’s most perfect and beautiful people to try (don’t worry it didn’t work) to tear me down by degrading my appearance and those, at the time, pencil thin eyebrows.

So here’s the deal about those:

When I was in middle school it was the “in” thing to pluck your eyebrows so they weren’t bushy. Well, I botched mine and overplucked and then in an attempt to remedy the damage I had done, plucked them more and well, you get where this is going. So, I started drawing them on and penciling them in.

Years later before my wedding, I decided to get them tattooed on via microblading which, at that time (around 2008), was somewhat of new beauty option.

Now, ten years later and without having them retouched, we have my eyebrows of today which are extremely faded and hard to see if I have managed a tan.

So there you go — for any of you that have been curious about my eyebrows — now you know their story.

What I find incredibly sad, not for myself, but for the general public, is the fact that so many of you took the time to be mean, poke fun, insult and laugh at a woman, who you don’t know and whose story you don’t know.

While my lack of eyebrow hair was and is a result of a middleschool mishap, it very well could have been the result of something else or a condition you know nothing about.

Listen, I put my heart via my words on Wordpress or Facebook almost every single day and I’d be naive to think doing such will never generate negative commentary.

Most of the time, I choose not to read the comments, but on occasion, I just can’t help myself.

More than hurt me, make me self-conscious or make me angry, what those insults and jokes at my expense do for me, is motivate me to keep being my authentic self; to keep sharing all parts (or in the case of my eyebrows, lack thereof) of my story.

Every single time we own a facet of our personality and are genuinely unashamed of it, we become stronger.

Every single time we clap back (respectfully, of course) to our critics, we become stronger.

Every single time we keep putting our truth into society, we become stronger.

Every single time you put negativity out into this world and are a critical, judgmental jerk to a total stranger in front of other strangers, you become weaker.

Every single time you laugh at another human being, you become weaker.

Every single time you make an unkind remark on someone’s appearance, you become weaker.

Every single time you put negative juju into this world, you become weaker.

Don’t worry though, my appearance shamers, because of you I am not weaker.

So strong that I’m not gonna even run this response through Grammarly for grammar check.

So strong that I am going to DO ME today with an abundance of self-confidence and go dominate my hour-long morning OTF workout.

I’ll be sure to sweat a lot just to make my eyebrows that less noticeable for you and this time I won’t fill them in with pencil because apparently, that’s frowned upon.

And, to those of you showering me with an outpouring of support, compliments an kindness, THANK YOU!

DO YOU LOUD and DO YOU PROUD.

And, if you are ever going to do, say or be anything to anyone else, BE KIND and BE LOVE; it's really that simple.