Mom to Harry Styles critic: My son wears a dress too and it's OK. Here's why. 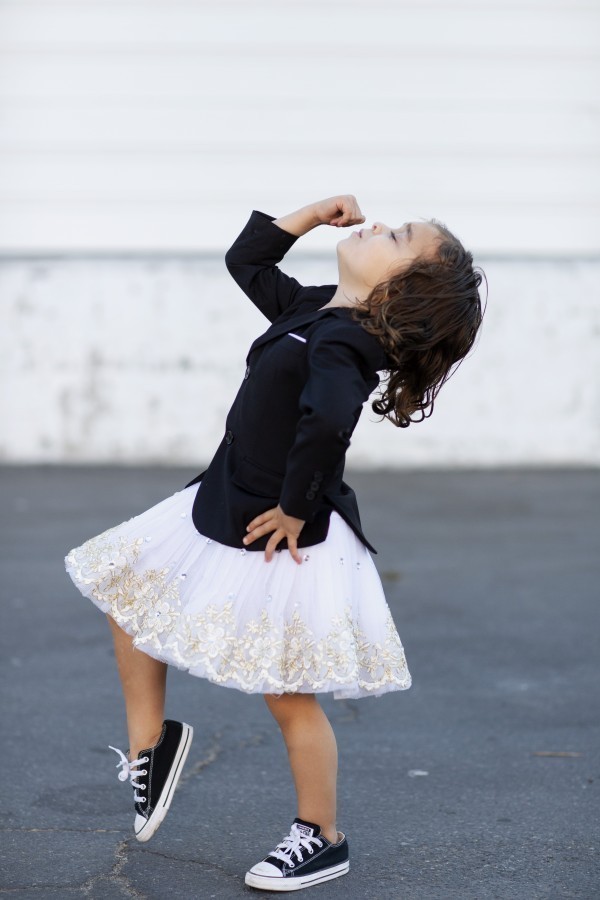 In light of Candace Owens’ recent attacks on Harry Styles and Vogue Magazine for their artful expression of fashion without barriers, I feel compelled to respond. I can’t sugarcoat this: Her response was hurtful, small-minded, and wrong. Bring back manly men? Who are you to define what is manly? Or put down an individual for being themselves? As a proud mom of a son who is constantly breaking gender norms, I wanted to personally reach out with a letter to soon-to-be first-time mom, Candace Owens.

Congratulations! Soon, you'll enter the world of motherhood. As a mom of four kids aged 5 to 14, they’ve taught me a lot about myself and the world in which we live. Turns out, kids are the best teachers, and my hope for you is that one day you’ll seize the opportunity to learn from yours.

Now, I’ve never been one to give advice on raising kids because I’ve learned enough to know that we can all parent differently and still raise bright, loving, successful, and most importantly, kind children. But when it comes to embracing your child’s individuality, I’ve learned a thing or two from our fourth child, Boss Baby Brody, who -- instead of conforming to traditional gender roles -- finds joy in ballet, costumes, and Barbie. 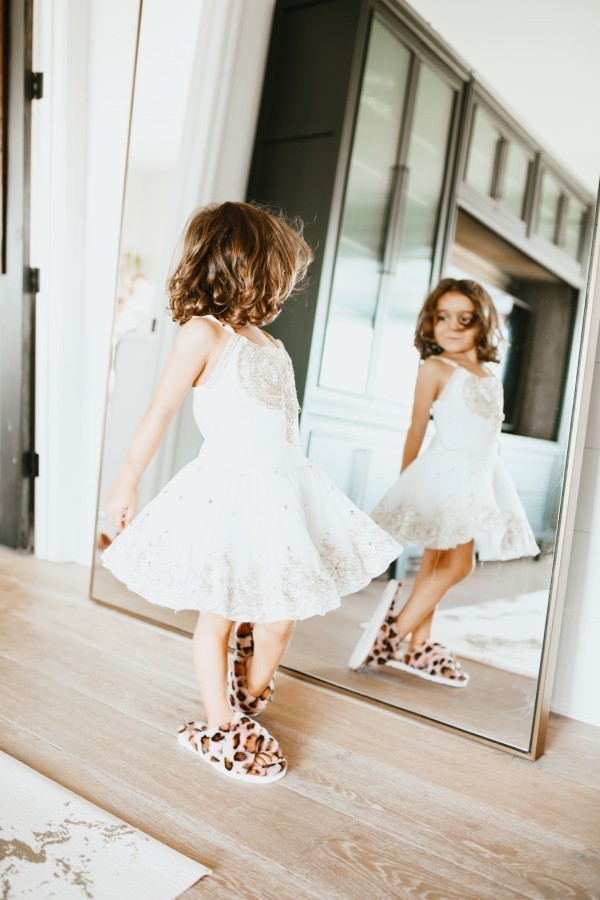 Prior to raising a son who is passionate about all things pink and pretty, I too may have mistaken the Harry Styles Vogue cover for something it wasn't. Call me crazy, but when Vogue is involved, passion always breeds purpose. Have you even considered that you might have missed the entire point? Fashion is all about showcasing who you are—your personality, passions, and individuality--through clothes. And bravo, Harry, for being the first solo male to ever grace the cover of the world’s top fashion magazine.

“There’s so much joy to be had in playing with clothes. I’ve never really thought too much about what it means — it just becomes this extended part of creating something.”—Harry Styles

Yes, Harry! Yes! As a parent, what I have learned is that the greatest gift we can give our children is the space and support to be authentically themselves. Looking back, it would have been super easy to clip Brody’s wings and prevent him from wearing costumes—but we didn’t. It would have been a lot more "normal" to redirect his love for dance to more "manly" sports like lacrosse or soccer, because that's what his older brothers enjoy—but we didn’t. We could have easily replaced his princess dresses and castles with sports gear and monster trucks—but we didn’t. Because to me and my Navy veteran husband, it doesn't matter. It doesn’t make Brody less of a man because he prefers clothing and toys that are traditionally attributed to the opposite sex. (I see you wearing those pantsuits, Candace.) 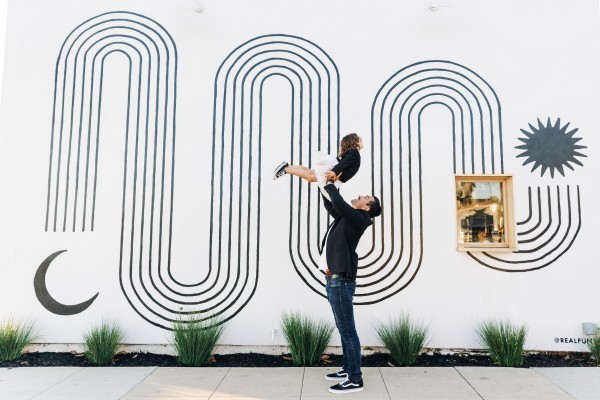 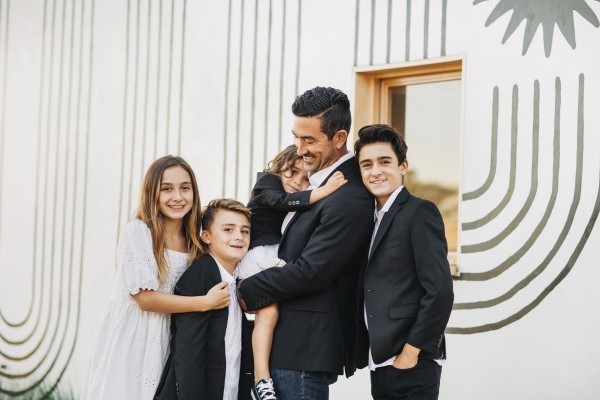 And with over 500,000 fans and followers tuning in over 25 million times in a given week on Boss Baby Brody’s Instagram, we're not alone here. He’s successful and talented, all without conforming to traditional gender roles. His innocence and authenticity spark pure joy around the world. As his mother, I’m proud that he’s so talented and creative, no matter where his passions lie. I’m always going to stand beside him and support him because that’s what mothers do. (You’ll understand soon enough.) Just think—if Harry and Brody are bringing this much joy to millions of strangers they've never even met, could you imagine what the world would be like if we all encouraged our kids to be their unique, amazing, creative selves?

Because honestly, why force our kids to be anything or anyone that they’re not?! If Brody wants to watch princess movies and play in his sister’s dresses, who cares as long as he’s a good person? So long as they are practicing love, respect, and kindness, kids can be whoever they want to be. Brody wears whatever sparks joy at the moment—including tutus. We've enrolled him in dance classes and let him dance wherever and whenever he feels like it—which is pretty much everywhere and all the time. Can we love and support my son for liking things that are not what society deems normal for his gender? Damn right, we can! 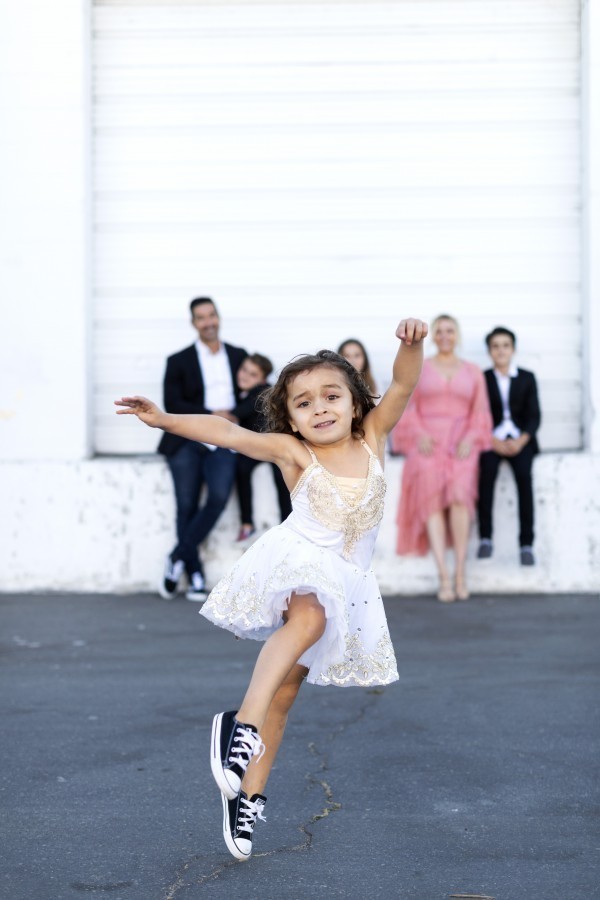 And who are you to say that by wearing what he wants and being who he is, Harry (or by extension my son), has hurt masculinity and that “we need to bring back manly men”? My husband and I are continuously inspired by his individuality. His confidence shines through when he’s dancing alongside his sister, and as parents, there’s nothing more rewarding than seeing your children grow together over shared passions. How the hell could this passion and individuality make him any less manly?

Brody’s confidence has challenged the rest of us to embrace our own inner selves and to walk more proudly, no matter what anyone else says (including you, Candace). When I see him with his siblings and his friends, I see a young boy who treats people fairly, who is kind andwho is loving. Who cares that he just so happens to leave a trail of glitter everywhere he goes?

Finally, in response to your recent rant about men as the protectors and defenders, and women as the nurturers (since the beginning of humanity), I’m certainly not going to give you advice, but might I suggest taking your own? As you raise that perfectly innocent little human, be the nurturer and embrace your child's individuality. In return, I can promise that, you too will learn and grow exponentially as a kind and decent human.

Why our son's dancing stands for social change by breaking gender roles!
How I raise my kids to be themselves
I'm not a bad mom because I let my son wear princess dresses: Here's why
advertisement

Why our son's dancing stands for social change by breaking gender roles!
How I raise my kids to be themselves
I'm not a bad mom because I let my son wear princess dresses: Here's why