I'm a dad who can't wait to order a beer at Disneyland: Here's why

Published by Greg Schwem on September 5, 2018

I have never been a huge fan of Disney theme parks. Ditto for anything Star-Wars-related. But, at 55, it’s time to acknowledge my ignorance and enjoy, rather, revel in, these cultural phenomena that have provided so much entertainment for so many.

The reason for my about face? Beer. I like beer. And, should I choose to visit Oga’s Cantina in Star Wars: Galaxy Edge, scheduled to open next year at both Disneyland Resort and Walt Disney World Resort, I can purchase one. I can rest my weary, sunburned feet while I’m drinking it. Heck, maybe I’ll strike up a conversation about sports with a droid or two. Or playfully flirt with an eight-armed female Besalisk. All this will be possible once the “happiest place on earth” finally rescinds a 64-year-old policy in 2019 and opts to serve liquor within Disneyland’s confines. It’s a controversial decision, bemoaned by Disney purists but, I’m quite certain, cheered by dads everywhere. 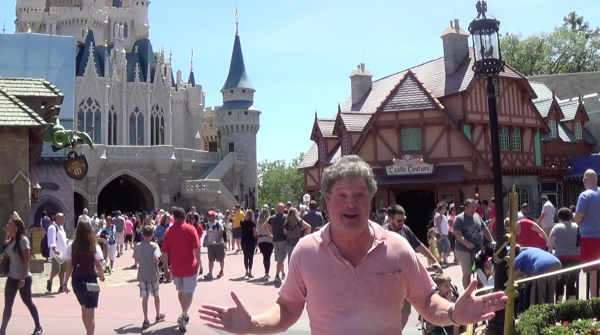 For the record, let me state I do not have a problem with alcohol. When I say, “I’m having “a beer or two,” that’s what I have. While seated at Oga’s, I do not plan to loudly state my political views in slurred tones, lustily eyeball another patron’s wife or question a Sith warrior’s manhood. I have faced exactly one bar situation that could have resulted in fisticuffs; I wisely turned and left the establishment. Looking back, I wonder if the outcome would have ended differently if I were I armed with a light saber. Or simply warned my antagonist the Force was with me.

However, I have also been the leader, sometimes reluctantly, of numerous family outings to Disneyland and its larger, costlier counterpart in Orlando. I’m not a Disney-hater. Quite the contrary: I believe every family should experience a Disney theme park. Once. My wife and daughters, conversely, would build “It’s a Small World” in our backyard, so enamored are they of all things Disney.

Outvoted 3-1, I played the good dad through the toddler and teen years. Armed with a backpack full of sunscreen, snacks and bottled water, I dutifully squired my family to the front gates at 9 a.m.

Sometimes I think we beat Cinderella to the park.

Despite what could be interpreted as an act of selfishness, I know I was not alone. The faces of fellow Disney dads throughout the park conveyed the same wish. While our children bounced between attractions, blissfully unaware of the heat and humidity, the sweat stains on our shirts were multiplying at warp speed. Or light speed. Whichever is faster in Star Wars lore.

When we approached a ride and our kids said, “Look, Dad, it’s only a 75-minute wait,” we simultaneously exclaimed, “Are you kidding me? A 75-minute wait?” When those same kids disembarked from Space Mountain and begged to get back in line “just one more time,” we were searching for a bench to sit on; or even a wall to lean against. Incidentally, I’ve scoured the parks at Disneyland and Walt Disney World; very few leanable walls exist.

Don’t you see? Oga’s Cantina will be OUR Magic Kingdom.

So, Disney personnel, as you prepare to open this long overdue establishment, allow me to make a few suggestions that will satisfy dads everywhere while not diluting the Star Wars theme:

1. Make the stools vibrate on command, so we can pretend we’re aboard the Millennium Falcon or the Jedi starfighter as we quaff our beverages.

2. How about some intergalactic snacks at the bar? These should be complimentary, although offering something for free at Disney is an idea that will probably be shot down faster than Garven Dreis during the Battle of Yavin.

3. To ensure peace within the galaxy, anoint badass Star Wars characters Kylo Ren and Darth Vader as bouncers. Make sure both know how to use Ryyk blades, just in case.

4. And, just for fun, how about activating a little Star Wars theme music every time we use the urinals?

The Great Battle of Disneyland
Tips for an out-of-this-world family experience at Star Wars: Galaxy's Edge
5 New Attractions and Celebrations at Walt Disney World You Wont Want To Miss
advertisement

The Great Battle of Disneyland
Tips for an out-of-this-world family experience at Star Wars: Galaxy's Edge
5 New Attractions and Celebrations at Walt Disney World You Wont Want To Miss