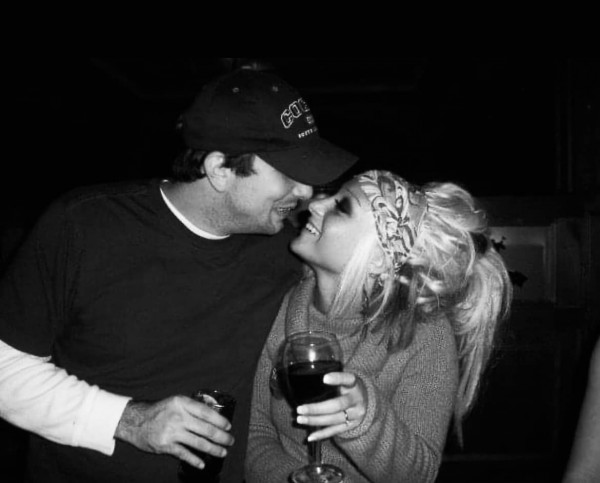 Marry a guy who dedicates a whole shelf in his closet to shirts of his you can sleep in.

Marry a guy who's not afraid to call you on your crap but never treats you like it.

Marry a guy who knows who he is but is always trying to improve upon that person.

Marry a guy who wants you to know and love who you are and who's unconditionally willing to help you with that however he can.

Marry a guy who needs no introduction, desires no audience, and doesn't care about appearances.

"No, that's not too many glasses of wine."

"Of course we can order in tonight!"

Marry a guy who supports your work and doesn't hesitate to tell you that it (and you) are enough.

Marry a guy who makes you laugh and wouldn't dare let anyone laugh at you.

Marry a guy who likes to cook but is more than willing to eat and enjoy everything his gal, who doesn't like to cook, makes for him.

Marry a guy who supports your dreams and doesn't dare dream to change 'em.

Marry a guy who gives advice but keeps on lovin' and supporting you even when you don't take it.

Marry a guy who encourages you to order the porterhouse because you love it, even if it costs as much as the mortgage payment on your house.

Marry a guy who lets you do your thing, even when it's entirely different from his thing, and even if he doesn't "get" why your thing is even your thing.

Marry a guy who loves kids and chomps at the bit for a chance for the two of you to act like one.

Marry a guy who gives a damn, but only about the important stuff.

Marry a guy who knows he's damn lucky to have married you but reminds you that you, too, are pretty blessed to have secured him.

Marry a guy who's not in it for the nooky but good at the nooky, ya know?

Marry a guy who thinks your funny, even if you're not.

Marry a guy who makes you wanna say things like

Marry the man you could live without but wouldn't want to
Marry That Guy
Why I Married The Quiet Guy.
advertisement

Marry the man you could live without but wouldn't want to
Marry That Guy
Why I Married The Quiet Guy.