Love to the Dads

Love to the dads:

The dads who are both mom and dad, raising lovely children and remembering her.

The dads who work long hours and are never too tired to jump on the trampoline or take a bike ride. 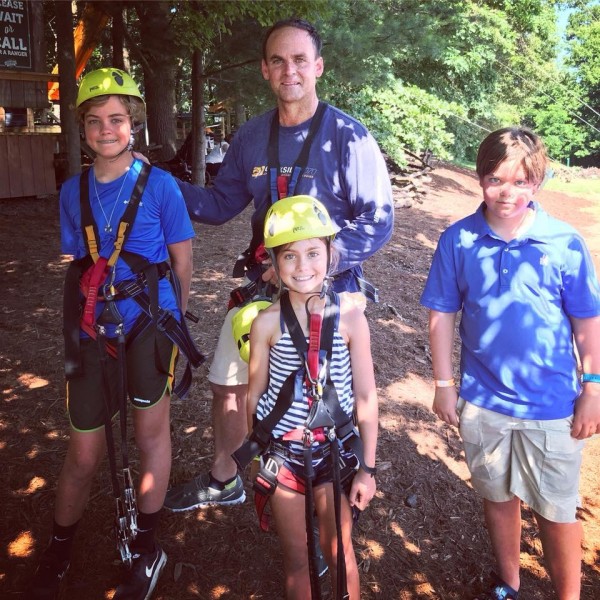 The dads who are really grandfathers, though fill in every meaning of the word for the next generation.

The dads who show up at school, time and time again, not for their own little people, but for the ones who need the guidance only a man can offer.

The dads who teach and show my son education is the most wondrous and bravest of professions.

The dads who aren’t so young anymore and somehow, they’ve learned fatherhood and youth aren’t a necessary combination.

The dads who play second fiddle to another, yet their welcoming arms and love for their mamas goes an awful long way.

The dads who adopt children who know only love and security from the men who could imagine no other offspring.

The dads who have always been mom and dad and the make rest of us see love is the most important.

The dads who don’t bat an eye at a son in mermaid pajamas and instead, embrace the joy of their very own messy chaos.

The dads who rise early and fix breakfast so their significant other can sleep a teensy bit longer.

The dads who want nothing more than the good of their family.

The dads who are single, don’t have a fall-back person and juggle life all by their amazing selves.

The dads who screwed up and are longing for a relationship – it’s never too late, you know.

The dads who will think of no one else today but the child who departed this earth far too soon.

The dads who are happily special needs dads, though it was never on their agenda.

The dads who stay home, make lunches and arrange play dates in a world dominated by moms and nannies.

The dads who never imagined life could be this humbling and grand.