Knowing when to quit

He could throw a ball before he could walk.

Once, he spent 30 minutes in Target throwing a ball to his grandmother, over and over. She still remembers that and marvels at his attention span at 18 months old.

When my husband bought our son a foam baseball and tee for his 2nd birthday, I thought he was nuts. But sure enough, our little boy took to it as though it was an extension of his toddler arms and he swung his bat as many times as he could. We brought home a set of rubber bases and all ran around them with joy. I remember how we laughed every time our son hit the ball and got a “home run”, running all the way around every single time just for the fun of it. 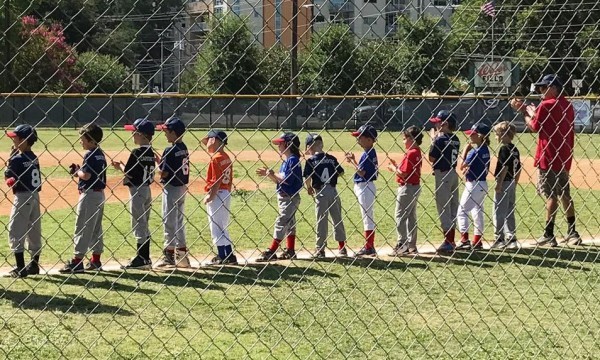 By the time he was 4, he started Little League, and he had a consistent at-bat percentage and a confident swing. We all made friends through baseball – he of boys and girls his age, and we with their parents. Baseball became a major aspect of our social life, and we embraced it through the fall and spring seasons for four years.

Maybe if we had known it wouldn't last forever, we might have done things differently. But probably not.

My husband, a lifelong baseball fan, jumped in to help as a parent coach, and I saw him shine with the kids, patiently teaching them how to field and hit. His enthusiasm led him to run the bases with the boys one season, and at the end of a particularly exuberant sprint around the diamond, he jumped up at the backstop and instinctively grabbed the top of the exposed fence.

One of the other dad coaches took him to the ER for stitches.

Last year, some of our baseball friends wanted to try a new advanced baseball team, with paid coaches, twice-per-week practices for two hours at a time, plus tournaments that were at least an hour away every other weekend. Getting up at 6 AM on a Saturday morning was not our son’s favorite thing to do – and honestly, it wasn’t mine, either – but we saw it as a necessary step to progress his skills and his love for the game. 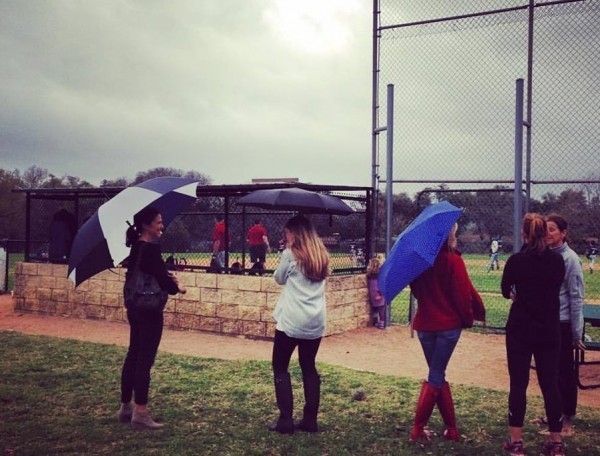 Over the course of the last season, however, our then-8-year-old was losing steam. He wasn’t excited to go to practice anymore and he confided in us that he felt uncomfortable that one of the coaches often berated his own son on the field in front of the other boys.

When he started to ask if he could stop playing, my husband and I blew it off, at first. He needs to work hard at this, we told each other. We don’t want him to learn to quit or be lazy, we thought. When the requests came more often and he didn’t enjoy the games, we started to understand that we were keeping him in baseball for us, not for him. He needed a break.

Somewhat reluctantly, I admit, we didn’t sign him up for fall baseball. Spring came around again and I was hopeful, but he still wasn’t interested. Every now and then I ask him if he misses it and he says no. I mask a moment of fleeting disappointment, and then I recognize his confidence and independence in making his own decision, and it changes my perspective.

The truth is that we can’t direct his passion: only he can. It’s our job as parents to help him find what it is that he loves, not to dictate that for him. Right now, he is happy focusing on basketball, playing with his friends, and practicing his parkour and American Ninja Warrior skills. 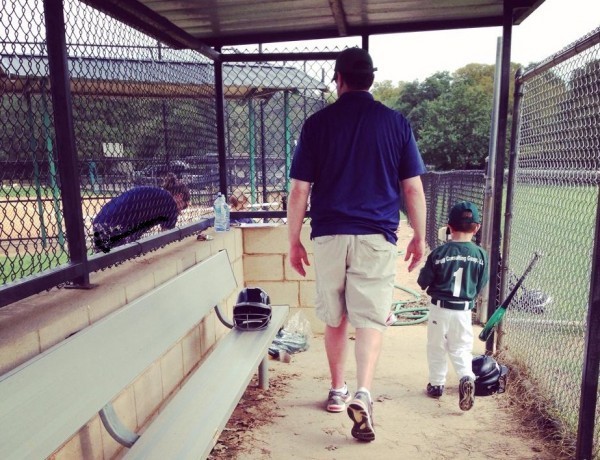 There is a time and place for teaching our son not to quit and to show him that hard work brings reward, but it’s also important for him to understand the value of forging your own path. There is also significant value in showing him that one’s identity is not based on one sport or one hobby... and that you can always reinvent yourself.

Today, my son took out his miniature bat and a foam ball and wanted to play baseball in the house. I obliged, pitching to him and hitting the blinds, the cable box, and bouncing it all over the walls in the process. He was smiling and laughing as we ran around our small living room pretending to tag each other out.

The love of the game is still in his heart. Maybe he’ll go back to it and maybe he won’t; it’s up to him to decide. We have to give him room to make his own path and watch him bloom.

Kristin Shaw is a writer based in Austin, Texas. For more of her writing, you can find her at KristinVShaw.com for more of her work. Her essay and video "I can still pick him up, so I do" has been seen by millions of viewers on the TODAY Parents platform.