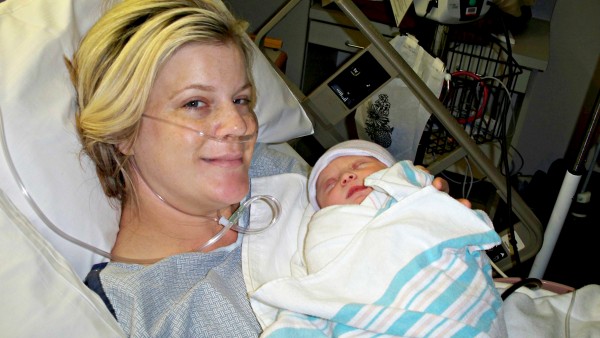 I wasn't always sure I wanted to be a mom.  Until I met Nick, my husband, he changed my mind in an instant. Only a few years after we were married I was pregnant with our first child.  I was so excited and scared and nervous all mixed together.  I had taken birthing classes, nursing classes, toured the hospital, spoke to moms, read several parenting books, and babysat for many years.  I finally felt like I knew enough to feel comfortable making decisions during labor, but I still wasn't sure I'd "take" to the baby immediately.  I was really anxious about that.  What if I didn't like her?  What if she didn't like me?  What if I wasn't good at this?  What if I did something wrong?  These questions bounced around in my head everyday.  Sorta like how every 4th grader feels on the first day of school.  I wish someone would have told me it would be OK, that those thoughts were normal, and that after I met her I would immediately feel unconditional love for my child.

When I went into labor I had a rough time. After 24 hours of laboring at the hospital, countless visitors, an epidural, pitocin, oxygen, three hours of pushing, the vacuum, the tongs, a dislodged epidural, and an emergency C-section that I could feel because of aforementioned dislodged epidural, my beautiful baby girl was born. My mom and husband were with me through every step of the labor process. When it came time for the emergency C, my mom wasn’t allowed to be in the operating room with us.  Instead, she stood right outside the OR door. She heard me screaming in pain and she could do nothing. I can’t imagine.  Words cannot accurately describe how I felt about what was happening in that room.  I seriously thought I was going to die.  I had never felt pain like that before.  I told my husband if it came down to it, tell the doctors to take her.  But to please tell her about me and that I loved her before I ever knew her.  I looked directly into his weeping eyes and asked him to promise me.

​When she was finally out, my little angel was whisked away to deal with head injuries she had suffered due to being lodged in my pelvic bone.  Because of the trauma of the C-section I had to be put under general anesthesia, removed from the OR, and hooked up to a breathing machine.  I was finally a mom, even though I hadn't seen my daughter yet.

Three hours later, I was able to be removed from the machines.  When my husband finally introduced me to our daughter, I was already in love.  After going through our horrific birth process TOGETHER, in my eyes, we were immediately and inexplicably bonded forever. I felt so bad for her, I wasn't really all that concerned with myself. She came into this world with a traumatic birth and the head wounds to prove it. During my recovery, I realized that no one ever told me how immediate this unconditional love would hit.  How immediately I could feel overwhelmed with the image of my mother listening at the OR door and not being able to hug her child and how I was too worried about my baby's head wounds, umbilical stump, head wounds, and suction or lack there of to think about how I was healing and how I was mentally handling everything that had just happened to us.  Immediately I put Lyla's (that's what we named our daughter) well-being ahead of my own, because that's what a mom does.  It's funny because it was never a conscious decision, it just was.  I wasn't prepared for that. 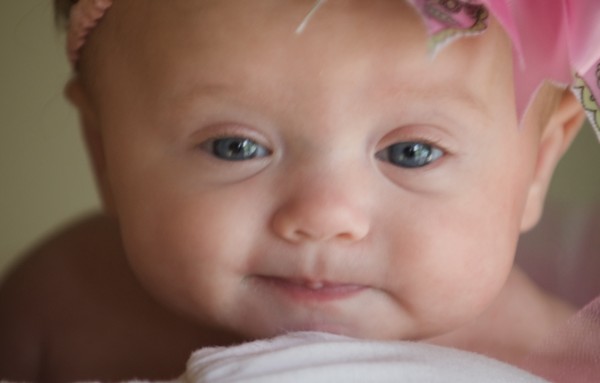 When we came home from the hospital Lyla still had a terrible headache and needed her head to be elevated to alleviate some of the pain from the head woulds she received during birth. That meant she had to be held 24 hours a day. We were exhausted. But everyday things got a little better, we got a little more adept, and we gained confidence in ourselves and each other more and more. But we didn't care that this was happening. Yes we complained about being tired after only sleeping three hours in two days, but we would follow that up with a declaration something we had just gotten the hang of like the three second swaddle! It was a natural shift in focus that totally took me by surprise. I immediately felt unconditional love for her. 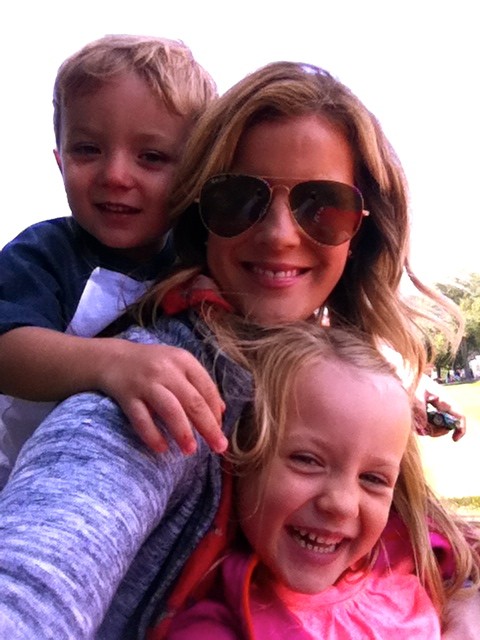 I wish someone would have told me it would be OK, that those thoughts were normal, and that after I met her I would immediately feel unconditional love for my child.

Look, I know it's not this way for every woman and every parent.  But this was the single most shocking thing no one ever told me.  That and the C-section shelf.  But that's a whole different post. 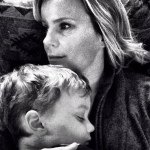 Our Destined Miracle and PPROM Journey
My Reluctant Natural Childbirth: What I Really Think About Unmedicated Births
Cub to a Lion, a warrior.
advertisement

Our Destined Miracle and PPROM Journey
My Reluctant Natural Childbirth: What I Really Think About Unmedicated Births
Cub to a Lion, a warrior.