In the Midst of Stillbirth, Gratitude Surfaced in Unconventional Ways 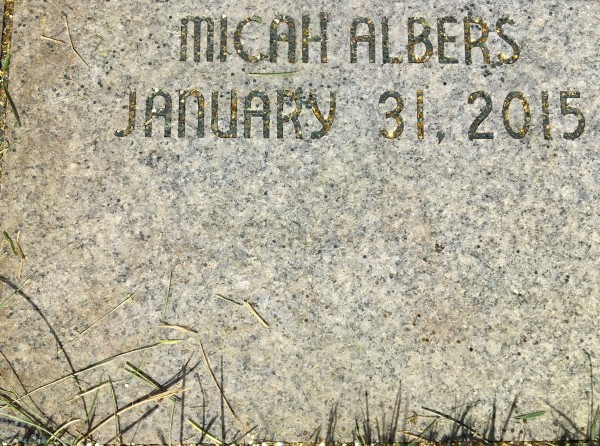 You never know what you'll end up being thankful for.

In the midst of loss, the most unlikely things can become a source of gratitude.

I remember the night I went into labor at just 20 weeks pregnant. I knew I was going to lose my baby. And I was anything but thankful for my impending loss.

But gratitude discreetly crept into the cracks of my broken heart, despite the chaos and sorrow. Despite the blood and tears. Despite the crushing blow of birthing a stillborn baby.

I arrived at the hospital just in time to deliver, and when I held my baby in the palms of my hands, I wasn't thankful for his lifeless body. I wasn't thankful that it was my baby who'd been chosen to die. But I was thankful to be in the safety of a hospital, under the care of a compassionate nurse, when I had been warned of the likelihood of delivering my baby alone at home. I was thankful for the tears she cried with me, the validation I received that my grief was not unwarranted.

I wasn't thankful when I left the hospital without my baby. Or when I returned home with a gift bag in my hands instead of the gift of a living child. But I was thankful as I looked at the photos of my baby taken by my nurse, and the hospital bracelet with the date and time of birth. Images of a dead baby aren't what most people would consider to be a source of gratitude but when those are the only images you'll ever have of your child, they become a priceless treasure. And when the birth and death of your child is overlooked, and his name rarely gets spoken, you appreciate any documentation that substantiates your child's existence.

And for a long time, I wasn't thankful for a pregnancy that ended in loss. I wondered why God would create that small life only to allow it to be taken from me. It felt like such a waste.

And it was through loss that I learned how blessed I'd been to be chosen to be my baby's mother – even if for a short time. Through loss, I realized what an honor it was to carry that child within me – what a gift it was to have those 20 short weeks with my child. And now, I feel honored to mother a baby in heaven.

And for all of that, I am thankful. As strange as it might sound.

Sometimes, in the depths of despair, we find ourselves grateful for the most unconventional things – experiences and mementos that fall outside of the normal lines of gratitude. And while gratitude does not diminish grief – I repeat, gratitude DOES NOT diminish grief because the two can exist side-by-side – it can be a good distraction. It can activate hope. It can help us to see God's hand in our lives, even when we long for him to work in a different way.

Gratitude can move our feet forward when grief heaves its leaden weight upon us. And it can clear a space in the wreckage for life to grow again.

The Secret Competition in the Baby Loss Club
To the Woman Who Minimized the Loss of My Baby
When my pregnancy got complicated, I went against my doctor's advice
advertisement

The Secret Competition in the Baby Loss Club
To the Woman Who Minimized the Loss of My Baby
When my pregnancy got complicated, I went against my doctor's advice