In the Age of Coronavirus, We're Praying for the Grandparents 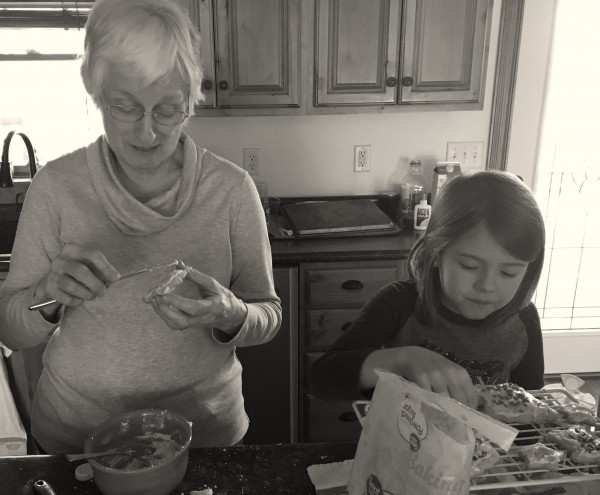 “I'm worried about my grandparents,” my daughter said as our family discussed the latest developments in the spread of COVID-19.

With the relentless media coverage becoming almost impossible to escape and discussions about coronavirus ongoing, like most of us, she has some questions and concerns.

When the questioning began, I took the route of assuring her our family would be okay, because I really think we will be. I repeated facts I've heard to the best of my knowledge and ability, though I admit I'm not all that sure if said facts are actually all that factual. Because I don't know what to believe.

We discussed preventative measures such as washing hands and social distancing. We talked about other illnesses such as the flu, which can be severe—even deadly—but not always, and not often.

“More people recover than die,” I told her.

I attempted to quiet her fears by telling her the virus doesn't seem to be affecting kids and that adults around the ages of her dad and I remain at relatively low risk as long as they are generally healthy. I assumed she was worried about either herself or her parents becoming severely ill, or possibly dying.

“It's older people who are at the highest risk,” I said, thinking this information might comfort her.

“But what about my grandparents?” she asked.

And I realized my words weren't comforting at all. Those older people are her beloved grandparents and our parents. She adores playing with them on the floor and baking cookies together. She cherishes time spent reading books and playing games with them. She lights up when she realizes she is their center of attention.

And we, as her parents, adore watching our parents love our children well.

There's no comfort in the idea that it might be them instead of us.

“I hope they don't get it,” she continued.

Because I can't promise her anything.

So instead of promises, I suggested we pray.

For our parents and grandparents.

For the most vulnerable.

For the ones who have already lost parents or grandparents or any loved ones at all.

For the ones who are at high-risk.

Because precaution is important, but we musn't forget to combine it with prayer.

I still don't know what to believe about the current state of our nation, our world.

But I do believe God is bigger and that he's listening.

And I'll continue to believe that we'll be okay.