If You Are A Mean Mom, I Forgive You

Published by Keeper of The Fruit Loops on October 2, 2017

Everyone knows a Mean Mom. Everyone. If you say you don’t, you are either: A) a Mean Mom or B) are so busy raising kids, driving the people mover and putting out fires that you don’t realize she’s talking about you.

If you are the latter, honey, have I got news for you: a Mean Mom is talking about you and your inability to get places on time right now. Yep. I hate to break it to you but a Mean Mom is chipping away at your self esteem as you are buried in a pile of laundry and trying to make Eggo waffles.

Mean Moms judge you. They criticize your parenting. They comment on your commitment to activities and the size of your thighs. They make thinly veiled, nasty statements on Facebook about things that irk them and you *almost* don’t realize that they are talking about you.

Mean Moms judge you because you can’t make it to a PTA meeting or because you can’t be in two places at once. Mean Moms thrive on making other moms feel like they are doing a suck ass job. Mean Moms can often be spotted singing their own praises about how much they’ve done for others, how busy they are being the perfect parent or announcing just how many committees they chair.

Mean Moms make it hard to feel good about your parenting.

Recently, I came under hostile Mean Mom fire because I could not figure out how to get through our over scheduled afternoon. My son is committed to two rather large activities that often conflict with each other. Now, before I get into the nitty gritty of the nasty exchange, let me say the following:

1). My son is over scheduled because I honestly did not realize until it was too late how deeply involved both activities were.

2). My son loves both activities and genuinely wants to participate.

3). I forgot my Wonder Woman Invisible Jet and my Floo Powder such that I couldn’t dispparate via the Floo Network (this joke is MUCH funnier if you’ve read Harry Potter. If not, suffice it to say, Scotty and his beaming skills weren’t available at my discretion yesterday afternoon. Damn you, Scotty).

The exchange occurred under rather headache inducing circumstances and in between a pick up and drop off of said activities. In short, I was harried and already feeling as though I was behind the eight ball. I was in “just get through the afternoon and in two more hours, you can put jammies on” mode. I was not in a good place when I encountered the Mean Mom, to say the least.

The tears came during the exchange and the humiliation was doubled because I had to return to my car where my son was waiting. And he saw me upset. I’ll at least give a little bit of credit to her in that she kindly waited to reduce me to tears until my kid was in the car.

So there’s that, I guess.

A direct, “You suck as a mom and I am better at it than you are” hit square in the middle of my Spanx wearing solar plexus.

But you know what? I forgive her.

I know what it feels like to be me every day.

And, I suspect, I know what it feels like to be HER because she’s doing the exact same things I am between 4-7pm. I forgive her because I know she’s doing the very best that she can. Even if she sucked at it when we had our exchange.

I suspect that she’s feeling overwhelmed, under appreciated and pushed to her limits.

I suspect that she’s been cut down to size more times than she’d care to admit and that the only way she can feel better is to lash out.

I suspect that our exchange was the sum total of her rotten day, too.

It doesn’t excuse being mean and, in my humble opinion, if you make another mom cry, you immediately get sent to the Mean Mom Corner for a time out.

But, I am willing to see eye to eye with her on this fact: neither of us suck at being the best moms we can be to the kids we were given.

She was a Mean Mom yesterday but I’m willing to bet she walked away from our exchange feeling pretty lousy, too.

I say this because, as moms, our ability to feel someone else’s pain is ingrained into our minivan driving, cupcake making fibers.

Mean Moms are just moms who need to be hugged, handed a glass of wine and told, “Simma down, knock it off and just be my friend.”

I just wish she had a blog to tell me she’s sorry because crying in front of your kid sucks.

I also wish I had an Invisible Jet. 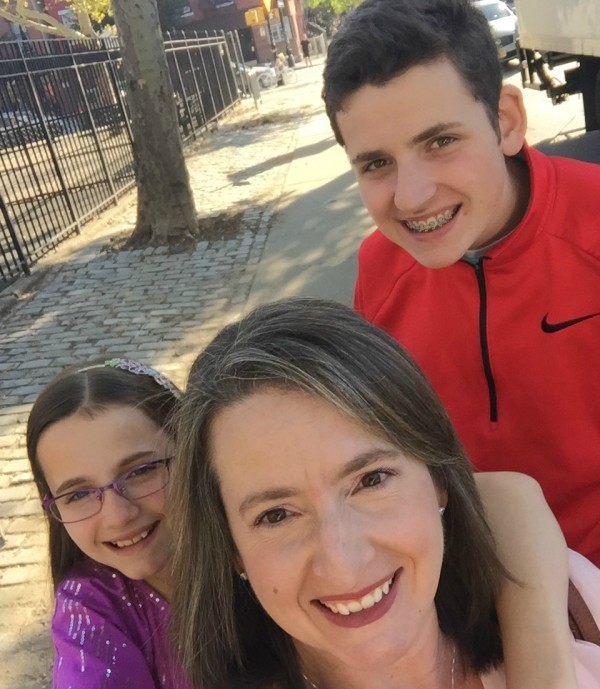