The Day I Became 'That Mom'

Published by Maura @ Play Pen; The Irreverent Parents on September 8, 2015

I recently became 'that mom'. I'm inclined to say, 'you know the one,' but that would be wrong since there are so many 'That Moms'.

There's 'Crunchy Mom' who only feeds her kids granola and kale and wears a grass skirt while she breastfeeds her five year old.

There's 'Diplomacy Mom' who only speaks to her children in overly sweet, explanatory sentences while trying to reason with her eighteen month old.

There's 'Career Mom' who is constantly lamenting on social media how hard it is to juggle work life and home life.

And among many others, there is 'Do You Believe Her!? Mom'. This is the mom I became, fourth of July weekend.

There is a multitude of evidence which supports my temporary insanity defense. When I started ruminating about this post, that was the plan. To tell you all how much stress I was under, in the heat, all weekend, by myself, with difficult children et al. But really, what difference would that make?

Here, my allocution. I picked up Baby, probably a little too roughly to carry her back to our chairs at the swim club. I did this approximately three or four times, or, as many times as she opted to run from me because I refused to stay with her at the playground.

When she cried to get back into her bathing suit, five minutes after she cried to change into clothes, I reprimanded her, probably too close to her face. I spoke through clenched teeth and threatened to throw her binkie (the sun rises and sets with that thing) in the trash if she didn't stop complaining.

While I was packing up our belongings, and by packing up, I mean borderline throwing all of our stuff into bags, I ordered Hollywood to "go get the floats," and threw in a "I'm freakin' done. Done!" for good measure.

I also snapped at the woman who was nearly on top of me waiting to take our chairs, "Now I know what it feels like to be a carcass being circled by a vulture."

I'm sure there were more instances throughout the weekend but because it felt like I was seeing red for seventy-two hours straight, I can't remember them all. What I do remember was the feeling of eyes being burnt into my back by all the other parents who were either thinking or whispering, "Do you believe her? She's awful!"

Now, this is all not to say I'm under the assumption I've never been judged before. I'm pretty confident people judge me for talking to my kids like adults rather than coddling them. I'm sure that between the dance moms and the super-involved school volunteer moms, there's been some judgement over my non-existent desire to jump into their circles. All this, along with other things. Being 'Talks To Her Kids Like Their Adults Mom' and 'Doesn't Want To Get Involved Mom', I'm okay with that.

But Fourth of July weekend, one of my ugliest weekends as a mother, being 'Do You Believe Her Mom,' I'm still feeling pretty bad about that. Not only am I disappointed in myself, it sucked to be judged when I knew these people were right. I was loosing my stack. I was having a Really. Bad. Day(s).

Going back to the beginning of this post, I don't actually pass judgement on people who eat kale, wear clothing made of grass, breastfeed, or speak to their kids in sweet, explanatory sentences. People who constantly kvetch on Facebook on the other hand....

The bottom line is, this really isn't about the other 'That Moms'. We've all read a million posts about the heinous mom on mom crime of being too judgmental. Try as we may, we've all been guilty of it at one time or another. This is about 'Do You Believe Her Mom'.

If you see That Mom and you're inclined to pass judgement, think twice and consider offering her a hand. Not advice, just a hand. If her toddler is pulling everything out of one pool bag while she is trying to fill another one, consider trying to strike up a conversation with the toddler to distract them (creepers need not apply). Even just a sympathetic smile goes a long way with That Mom so she knows she has someone to commiserate with. It makes it easier for her to forgive herself and focus on doing better tomorrow. 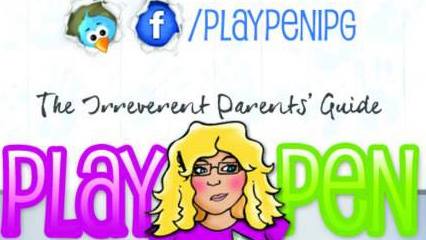 Maura McCormick, creator and publisher of Play Pen; The Irreverent Parent’s Guide, is a freelance writer and mother to two girls, Hollywood (6), and Baby (2).

Judgy-Wudgy Was a Mom
We are all Moms: Stop the 'Mommy Wars'
Why I'm Not Judging Marissa Mayer's Maternity Leave
advertisement

Judgy-Wudgy Was a Mom
We are all Moms: Stop the 'Mommy Wars'
Why I'm Not Judging Marissa Mayer's Maternity Leave