If There Is a Solution, Remember You Are Lucky

Published by Danielle Sherman-Lazar on March 14, 2019 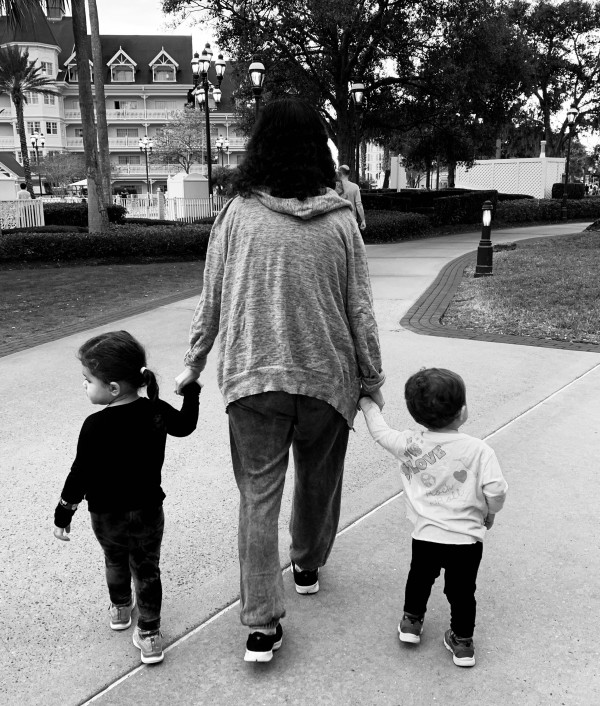 Gosh, the other day was a real test of my mama strength. You know those days when you feel bad complaining, but there is a string of small problems that happen one after the other, weaving together your terrible day into the complete disaster that it becomes? Oh, and you can’t help but complain because you are human after all. I mean, you’re so lucky they aren’t big problems, but those small problems kick you in the rear end. Well, my backside was officially kicked so hard it hit the floor with a force that could only rival the force of Darth Vader and Luke Skywalker. For the record, that’s some serious force.

It started at night when my 18-month-old was extra fussy. Now, she has been going through her 18-month regression, so she wakes up on a nightly basis, but usually, when I bring her into our bed, she stops crying. She has this routine where she gains composure, and a few minutes into snuggling pretends to be a bunny and hops around the bed from me to my husband, back to me. Then, after some time, I usually bring her back to her bed and rub her head until she falls asleep. Well, that night she was up from 10 pm to 2 am. And when I brought her into our bed, for many attempts at sleep, she continued crying like the saddest bunny that ever existed. That’s when my mommy-o-meter went off that something wasn’t right.

The next morning, I made her a doctor’s appointment, and shocker to absolutely no one she had an ear infection. The day went on, and I was exhausted. Like, I-forgot-to-leave-my-daughter’s-spare-clothes-in-case-of-an-accident-at-pre-school-and-had-to-drop-them-off exhausted. Like more-exhausted-than-the-usual-30-weeks-pregnant exhausted.

Well, every four days, my three-year-old will usually take a nap around 1 pm with her little sister, so I was so hoping she would nap so after I did a little work I could close my eyes for a bit. Nope!

Around 1:40 pm, as I was finishing up some work, I looked at her monitor, and my three-year-old was standing up in her crib in pushing position — crap (literally!). I went in to see what was happening, and worse than pooping during nap-time, she was having trouble pushing out the poop and was extremely uncomfortable. Well, this resulted in her on and off crying until the poop came out at 4:30 pm. I repeat--4:30 pm! That’s almost three hours of pushing on and off, and a lot of tears—so many tears!

On top of that, the baby woke up at 2:30 pm still not feeling great, so that was a fun tear-filled juggling act between my girls for a while. I couldn’t seem to catch a break. These little problems kept stringing their web of chaos around my day.

Eventually, my eldest went to the bathroom, and the baby was feeling a little better, but on days like this—it’s hard not to lose your mind a little.

The beauty of these little problems is that they can be solved with Motrin, Amoxicillin, and a warm embrace. Exhaustion resolves itself when you get a few hours of sleep. And oh my goodness, days like this can make you crazy and start questioning things, but at the same time, they end in an "I love you so much," and a solution. Because of that, I feel like I am lucky to have these problems and these days—because they are normal, everyday problems. There are so many real problems in the world—so I stop myself in my self-destructive thoughts and smirk at my bad day—because everything is going to be okay—and as long as that is the result-- I am lucky.

Postpartum Depression
No Naps!
Sleep Specialist forgets all her training