If ever you are THAT family... 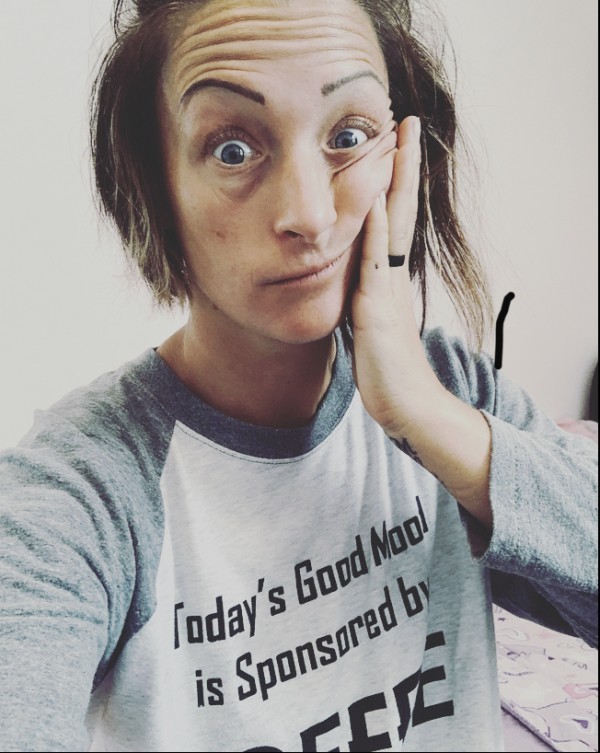 We were that family today at drop-off.

A group of four with no patience left for each other.

Here's why everyone's mood was so stank.

2) because this morning brought a sudden downpour, and, of course, our well-fitting raincoats are all in my minivan, which crapped out on me yesterday and so was towed to the dealership.

And because of that nonsense, my kids had to wear their backup coats.

Not a big deal, right?

Except it was a huge deal to my tiniest of tykes who swore her tight-fitting backup raincoat was squeezing her belly so hard.

Do you know what else was hard?

where, if we waited any longer to get out of the house,

Me or my other two kids.

It drives us bonkers.

And it makes each of us bonkers, too, which in turn frustrates my youngest, who then ends up feeling like everyone is mad at her.

Not at the kids.

But there's always one that is.

That lets the morning's mishaps get inside their skin, and then they work to do the same to the others because

So there we were.

Half of us out of the car and on the sidewalk, and the other two of us trying to peacefully get out of the car with our #2 raincoat and good attitude on.

It took quite some time, but we made it.

To the sidewalk, at least when her mask holder necklace got stuck in her pony.

in the grocery store,

in a movie theater,

or anywhere for that matter,

and it doesn't make you and yours look bad. It makes you look normal.

My Backup Needs a Backup...
I Wish I'd known that I would be the one teaching him to be The Daddy
Being the mom means someone is always mad at you
advertisement

My Backup Needs a Backup...
I Wish I'd known that I would be the one teaching him to be The Daddy
Being the mom means someone is always mad at you