I Was Skeptical About Childhood BFFs – Then My Son Made One

Published by Jennifer Reinharz on July 12, 2017 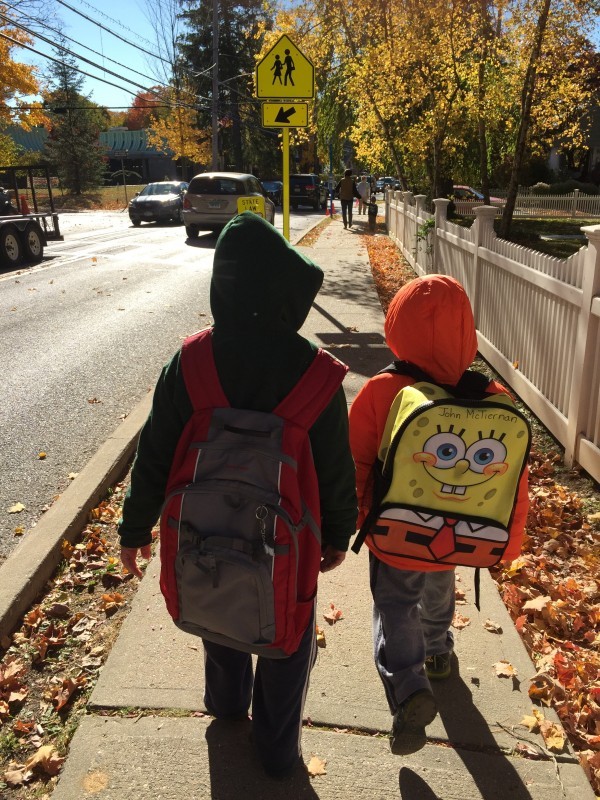 Skootch met his best friend at town camp the summer before kindergarten over a bagged lunch and some arts and crafts.

They instantly hit it off in a George and Harold from Captain Underpants sort of way, bonding over giggles, grand plans and hijinks.

When school started, the boys asked to play together - often. But play dates were scarce; sprinkled between grown up obligations and older siblings’ activities.

Undeterred, they made a point to hook up at recess.

According to Skootch, that’s where the magic happened. During their 45 minute daily ritual, imaginations ran wild, games were played, deals were struck, choices made and feelings validated or hurt.

Whenever conflict ensued, Skootch, who has a temper never held a grudge. For this particular compadre, he was always willing to apologize, forgive and forge ahead. “We’re good friends, Mom,” he explained. “Sometimes we get on each other’s nerves.”

In short, these little guys loved one another.

This year, we parents ushered in the summer with a family barbecue. The boys took it as an opportunity to collectively pepper us about a first sleepover. Wanting to enjoy the sun, drink our beer and eat fried cheese in peace, we quickly agreed.

With my tween away at camp, it made sense to host the event. Besides, as a person who grew up a floater of sorts and as a mom of an older child who has yet to find his partner in crime, I was curious to know what this 7 year old BFF business was all about.

The sleepover commenced early evening on a Wednesday after camp. I took the boys out to dinner at a “fancy” restaurant. They bunked on an air mattress in our playroom.

From drop off to pick up, Skootch and company had little use for grown-ups. Engrossed in food, spy games, Legos and banter, my job was limited to paying the bill and managing logistics. No redirecting, mediating or negotiating allowed.

In return for my compliance, they let me observe their world.

In the evening, I was educated on the intricacies of nose picking, heard their opinion regarding ear wax and listened to commentary on the absurdity of Trump’s wall, the treatment of diabetes and the varying degrees in which amusement park rides give their stomachs’ the butterflies.

Come morning, Skootch rehashed how he had poured water on his sleeping friend’s head and expressed repeated concern for his buddy, who punched Skootch mid-sleep as he dreamt about an altercation with a class bucket dipper.

In the end, the boys couldn’t wait to schedule a second date.

Because of my personal and prior parental experience, I’ve always been skeptical of BFF bonds. It’s one of the reasons I’m lazy about setting up recurring playdates and sleepovers. To do so feels forced. I want my sons to find and build friendships exclusive of too much adult interference, meet new people whenever possible and avoid the comfort of cliques.

Skootch’s ongoing hesitation to open himself up to new people only validates my concern. Anytime I remind him to play with different children, I get push back. “No thanks. I like one friend at a time.” For Skootch, sticking by a loyal friend is less chaotic and offers a sense of security.

So I keep preaching inclusivity, the idea of having good over best friends, being proud of the ability to mix with different personalities, the value of independent thought and the importance of giving and having space.

But I must admit, watching a genuine connection between two children at a sleepover leaves me less jaded and grateful that Skootch has a chance to grow up alongside a peer with whom he can experience trust, patience, flexibility, empathy and fun. It’s a gift not ever young person gets.

For as long as Skootch’s BFF relationship lasts, I’ll be there to encourage, but not to engineer. After all, the future of their friendship is up to them – not me.