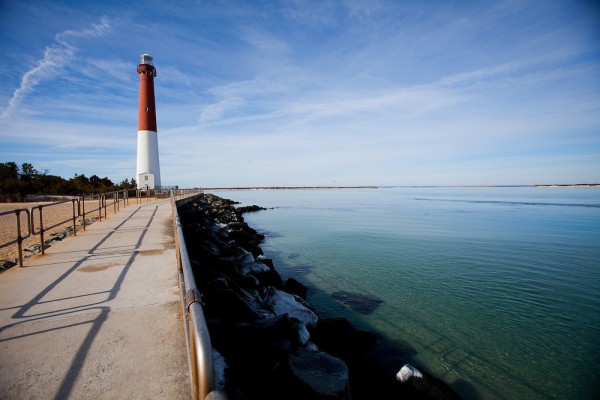 The mother trailed behind her two girls down the lighthouse pier to the end where the bay empties into the Atlantic. Along the way, she watched her young daughters snap picture after picture on their smart phones. It didn’t take long for her to catch up. “You don’t have to take a picture of everything,” she declared. “Try and enjoy the moment.”

Mac, who was helping our boys and me collect rocks from the jetty below, heard the parent’s battle cry. He popped up from his hard labor, flashed a knowing grin and cheered, “Yes! Listen to your mother!”

The mom gave a half turn and returned the smirk. I couldn't tell if she felt validated or violated. But as they wandered away, I did hear her repeat the words - a little louder the second time.

I told Mac to mind his business but couldn't resist a response. "And here I thought I was the only one."

Put down the phone flashes through my consciousness anytime I see it being used to record our every waking event. I think it to strangers and say it to our children and myself.

The televised parade of athletes during the 2016 Summer Olympics’ opening ceremony, a tradition I’ve enjoyed since I was a girl seemed stained this year when several nations, in an effort to memorialize their experience, marched into the stadium accompanied by a blur of glowing screens held as high as the country’s flag.

This summer, family members designated Bubbe, “Spielberg”. He borrowed a defunct phone with a working camera to document a trip he took out west with his grandparents. It was the first time he had his hands on a device dubbed as his own and boy, did he go to town. Although it was great to see my son tap into the creative spirit, the child had a hard time letting go so much so that my in-laws sent me videos of him shooting videos.

I become engrossed with moment capturing too. Smart phones make the process sexy, easy and instant. Thanks to modern technology, I have a bulging photo folder of every cheeky smile, wave jump and sand marble run of our annual beach vacation since Bubbe and Skootch were small.

But there’s something satisfying about taking it all in. When swiping through the most flattering filter becomes a nuisance, I shut down the phone and keep my fingers crossed I’ll be able to recall the drippy ice cream faces, bike rides and hole-in-ones after the boys are grown.

I consider such restraint a generational skill. Unlike my children and the girls on the pier, their mom and I grew up in a low tech world; cameras had film, movie equipment was bulky, quality was a risk and we had to wait weeks to see the results. Even well into adulthood, camera viewfinders were small. We had no choice but to absorb the sights, sounds and smells; breathe, wonder and have the experience. And decades later, it’s those undocumented memories I return to when it’s quiet.

Had I stored those memories on the cloud, would I still consider them cherished moments?

If Mac had his choice, our family would implement a no picture taking policy. I prefer a balanced approach. We’ll continue to ban Bubbe and Skootch from tablets and phones while on vacation. If Spielberg gets inspired, he can borrow my camera. And I’ll still quick draw the iPhone when I get inspired by a pretty setting, Mac’s Dangerfield-esque antics and our growing sons.

At the same time, I’ll encourage the boys to join the parade, follow the drifting clouds as they take shape in the summer’s breeze and teach them that the picture perfect moments are not the ones they swipe click, caption and share; but the ones only they can see.

Negative Norton, Positive Pete and Our Family’s Road to a Growth Mindset
I Was Skeptical About Childhood BFFs – Then My Son Made One
My Stupid, Stupid Decision
advertisement

Negative Norton, Positive Pete and Our Family’s Road to a Growth Mindset
I Was Skeptical About Childhood BFFs – Then My Son Made One
My Stupid, Stupid Decision