Published by Becca Carnahan on November 6, 2018 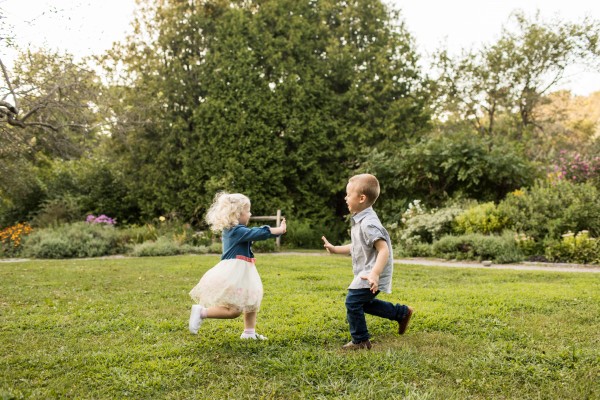 I took my son and daughter with me to vote. They were excited to scamper into the voting booth, and even more excited to get a sticker. Everyone loves stickers.

On the ballot, I noticed that about half of the candidates were women. Half. Kind of like, you know, the population of the world. But somehow it still stood out to me. This realization reminded me of why I vote.

I Vote For Her

When I first heard the words, “it’s a boy” in February 2015 my heard just about exploded with love.

A year later when I heard the words “it’s a girl” my heart just about exploded with love again. At the same time I felt a tinge of fear.

Because as much as I worry about my son, I unfortunately knew even then that I would worry about the dangers my daughter is going to face just a little bit more. Not because she can’t handle herself; at 2 years old she has proven herself to be strong, brave, and capable. The fear stems from knowing that I can’t control other people, and knowing we haven’t come far enough yet in society to respect women as total equals.

There is violence and discrimination. There are double standards and harsh judgments. There are societal expectations, guilt, and shame. It’s a jungle out there.

I know the world is a better place for me than for previous generations, but I still hold my keys in my fist when walking alone in the dark. In all honesty, I don’t walk alone in the dark. There have been times that I have tried to hide from catcalls, said “No” into deaf ears, and called a friend because I felt unsafe. There have been many more times that I’ve been on the receiving end of mansplaining or been belittled because I have a uterus. It feels like par for the course, which makes me sick to my stomach.

I Vote For Him

You and I may disagree on politics, and that is perfectly fine. But the simple fact of the matter is our country’s President has said some deplorable things about women. They are on tape, this isn’t debatable. It was because of the ugliness that the morning after the 2016 election I picked my daughter up out of her crib and cried. She deserves better.

My son deserves better too.

In my house we ensure that women and men are treated equally and with respect. It is ingrained in our values, our words, and our actions. There aren’t boy colors and girl colors. Or boy activities and girl activities. It’s in the way my husband treats me and in how I treat him. We are equals and it’s a fact not lost on my children.

However, that simple sentiment should not stop at my doors, or my town, or my state. It should be a universal truth that we don’t question. The sky is blue. The grass is green. Pizza is delicious. Women and men are equal. We treat everyone fairly and respect their humanity. The end.

I Vote For Me

I look forward to the day when my son and daughter go to the polls by themselves and fill in the little ovals next to the candidates they feel will best represent them. It’s a good feeling to make your voice be heard.

I especially look forward to the day when they go to the polls and it doesn’t strike them that half of the candidates are women. And for the day that female representation in government at the highest levels is the new par for the course.

Most of all I look forward to the day when we don’t have to worry that without female representation in a specific office the female perspective won’t be heard or valued. That every candidate next to every oval will respect women and men as true equals. That every person in society will too so that there isn’t another option.

Maybe I’ll see that day. Maybe I won’t. But I’m going to be darn sure to show up, speak out, and keep moving us closer to that day.

Using Books to Teach Our Children Tolerance and Kindness
Slut-Shaming: Teach Your Kids NOT to Call Girls the S-Word
Regardless of your politics, “Vote For Kindness” in this upcoming election!
advertisement

Using Books to Teach Our Children Tolerance and Kindness
Slut-Shaming: Teach Your Kids NOT to Call Girls the S-Word
Regardless of your politics, “Vote For Kindness” in this upcoming election!