I told my 6-year-old to start a business during COVID, and this is what he came up with 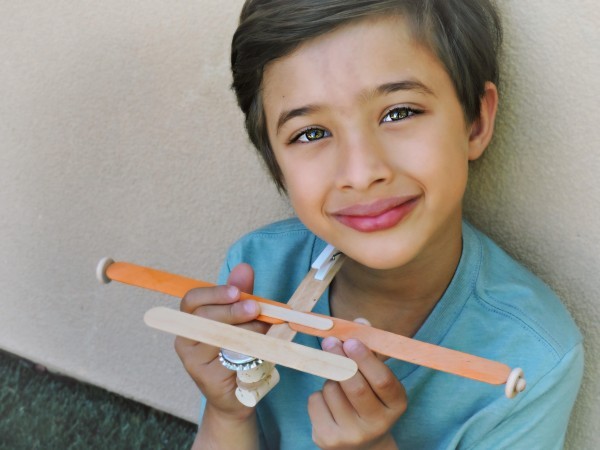 Overnight, us parents became homeschool teachers. At first, we thought it would be for a few days… but then the days turned into weeks, and the weeks turned into the remainder of the school year. And who knows what lies ahead.

Taking on “teacher” has been a mix of amazing and amazingly overwhelming. Fun, and undoubtedly challenging. Some days have been easy, and others, totally stressful.

Admittedly, our household has slowly slacked from turning in every virtual Kindergarten assignment; instead, I’ve taken my own direction of morphing into Mrs. Mom. We’ve done countless art projects, planted flowers, baked cookies, played board games, indulged in movie days and have taken a zillion bike rides.

But that hasn’t been enough for me. I want to use this time wisely, even though I know I’ll look back wishing I had done more and done better. I want my boys- particularly my oldest- to feel a sense of accomplishment. And I want to teach him something I find immensely important: Entrepreneurship.

So, I told my 6-year-old, Nicholas, to start a business during “the corona.” And he did.

I didn’t force Nicholas to think about his business plan on a daily basis. Instead, I brought up the idea during the first few weeks of quarantine and let it unravel naturally. When he wanted to talk about it, we did. And if days- even weeks- went by without discussing his potential endeavor, I let it go. I wanted it to come from him.

Until one day I scattered a bunch of crafty stuff on the dining room table- popsicle sticks, pom-poms, pipe cleaners, etc. I looked at my older two and said: Go for it. Make something. Think of an invention. And then I took a step back.

The boys sat occupied for an hour, gluing things, cutting things, and tying things. When they were done, I asked them to present their creations, and my oldest, a crafty, creative soul, showed off his adorable airplane with “super cool” features, as he explained. And then their 2-year-old brother woke up from his nap.

Alex, my toddler, ran into the room determined to snag Nicholas’ plane, literally screaming until Nicholas made him one of his own. And then, like a lightbulb, Nicholas looked at me. Mom, he said… Craft planes could be my business.

Nicholas’ eyes lit up… so pumped HE had come up with something, on his own, that would ultimately be his debut small business.

And so it began.

First, I told him, he had to think of a company name, and I showed him how to find and buy a domain… he chose CreationsByNicholas.com. Then, I explained we had to make a website. (And that I wasn’t going to make it for him.) Turning to my favorite site builder, he picked out a template and we started building. Together. And I haven’t seen him that excited about something in a long time. For such an easy-going, go with the flow-type of kid, I was elated to witness his outpouring of passion and pride.

We discussed his business plan- what plane options he wanted to sell. Then I asked if he wanted to pocket all the proceeds or donate a portion of every sale to a foundation. I like to believe I’ve always instilled a passion to pay it forward in my sons, so I was thrilled when he said the latter.

Nicholas asked me to help choose an organization that supports NICU babies, so I called on my friend who runs the Triple Heart Foundation. She was totally on board to accept proceeds, but I wanted to check with the boss, Nicholas… and he gave the collaboration two thumbs up.

I also told him he had to write the ABOUT section of his website. Why did he create a business? Why did he choose planes? What made him think it was a good idea? And let me tell you, the words flowed from his mouth to my ears as I typed his precious bio.

Next, I suggested, we gather images for his website, so to work he went making planes for us to photograph. And finally, we put it all together. His little business had come to life; a business built on something he birthed.

I don’t care how many planes Nicholas sells. Surely, he’s overly delighted every time an order comes in, but really, it’s not about that. It’s about the process. It’s about shaping his will. It’s about empowering our children to think outside the box and beyond worksheets. It’s about teaching our children the things WE find important- whatever that may be. It’s about challenging them, fostering their creative spirit, and encouraging them to see things through.

Next on our to-do list: I want Nicholas to learn how to interview. In other words, how to be a well-versed “CEO.” He needs to learn how to effectively talk about his business; in a world of non-verbal communication, I want to instill in him the skills, courage and confidence to speak on behalf of his sole-owned shop.

So… my “corona mission” continues, and Nicholas’ knack for entrepreneurship will hopefully evolve. While I’m not sharing this with you to encourage plane sales (even though that would be greatly appreciated), I am writing this to simply offer an idea, to you, my fellow parents-turned-teachers. This summer, since we’ll likely be sticking around home, teach your children something you find very valuable. Don’t underestimate your child’s potential to learn a new skill, adapt a new trade, or embrace a new idea. These little minds yearn for our time, attention, TLC and direction. Give them something they can be proud of. 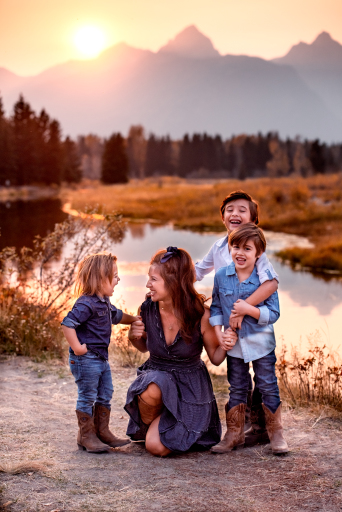 'It was 7 days that changed me forever': My preemie, five years after our time in the NICU
Building Model Planes
Tips to a Sane Plane Ride with Kids:
advertisement

'It was 7 days that changed me forever': My preemie, five years after our time in the NICU
Building Model Planes
Tips to a Sane Plane Ride with Kids: