I never said thank you

Published by Jennifer Lizza on February 22, 2022

Twelve years ago I had no idea that you were about to come into our lives. I had no idea what life was about to throw at us. I was blissfully unaware that our future was at risk.

I was exhausted. I was happy. I was busy navigating the new waters of motherhood. We had what we always wanted...a house, a dog, and a baby boy.

Somehow when we sat across the table from you, I knew that you sensed just how completely unprepared we had been to meet with you. You were throwing words and terms at us that we clearly didn't understand. You were trying as hard as you could to prepare us for something we had been so very unprepared to deal with. Aortic Aneurysm. Open heart surgery. I sat there hearing words but barely putting them together.

You assured us both that it was all going to be OK. You assured him through his tears that he would get to see our baby boy grow up. You took both of our hands and just kept reassuring us above and beyond what was really expected of you.

When we met again I was still exhausted, only this time it wasn't because the baby had kept me up all night, it was instead because my own worries had done the same. It was because I was trying as best as I could to hold it all together. It was because I needed to be the strong one here.

It was 5:30 a.m. You came out and greeted us both, and then took my husband, telling me I could see him shortly. Sure enough a few moments later a nurse came to tell me I could come spend a few more minutes with my husband before the surgery.

Eight hours ticked by slower than I ever thought possible. I paced the halls. I went for eight too many coffees. I cried to my sister. I pulled it together in front of my husband's parents and I repeated that over and over again until you walked out of the double doors and pulled off your surgical mask.

You told me everything went well, and asked me to come sit with you. When I looked at you, your eyes filled with tears and I worried that you had bad news. You quickly told me that everything was good. The aneurysm was gone. I burst into tears and kept repeating thank you over and over. You took my hand and said, "I know he was hoping we wouldn't have to replace his valve, but I had to do it. It was the best option." I looked at you and asked if that was why you were upset. You nodded and replied, "I know how much it meant to him." At that moment I looked at you and said, "You saved him. Because of you he will get to come home and watch our son grow up. Because of you we can hope that our family will grow one day. Because of you I am leaving this hospital a wife, not a widow." You wiped your tears and hugged me and I watched you walk back through those double doors, down the long sterile hallway.

It's been twelve years since I watched those double doors close behind you. In twelve years our oldest son has had endless hours with his dad. They fish, and hike. They laugh and talk. In twelve years our youngest joined us and I know just how lucky we are. They play baseball. He gets to pitch to them. He gets to watch those boys out on the mound and in the field. I get to watch him, watching them. I often find myself throughout the year, taking pictures of my boys all together from the distance. When I take them I have no idea whether the conversations are serious or silly. I have no idea if there is silence or laughter. It doesn't matter either way to me. It is a view that never gets old. It is a view that I wasn't sure I would ever get to see, and every time I see it, I never pass up the moment to capture it. It is my view looking in from the outside. Out of all the views I have experienced in my life, this will always be my favorite.

It's been twelve years. I know you don't think about us, but I want you to know I think about you. Every year on this anniversary I feel ever so grateful for you. You were more than a doctor. You were a human being who showed us that it wasn't just a surgery to you, it was a life. You gave us life. I never got to capture a picture of you from the distance, walking away, down that infamous hallway after giving us life, but I want you to know that it remains in my memory, and it will remain there for all the years to come. Out of all my memories it remains one of the best. 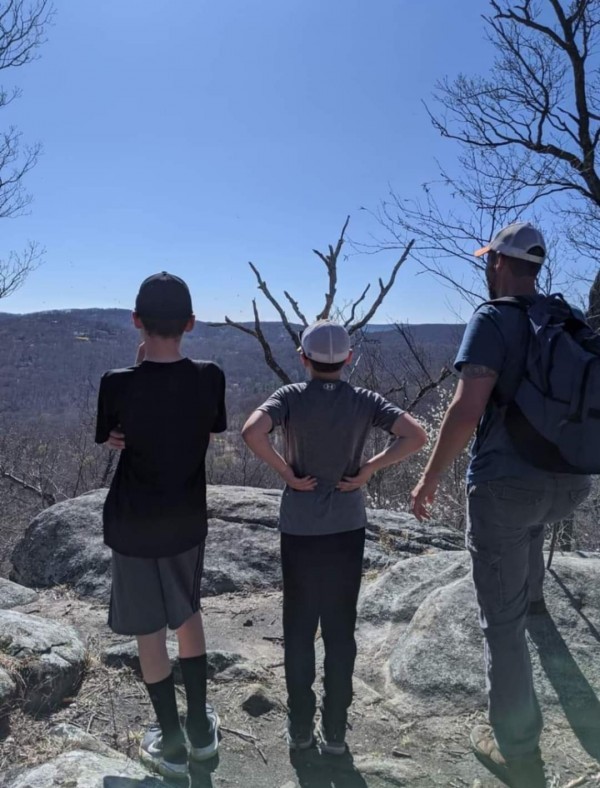 This post originally appeared on Outsmarted Mommy by Jennifer Lizza

Placing a feeding tube is not failing
The Birth Day ... Five Years In The Making
The gift I found while I cared for my child
advertisement

Placing a feeding tube is not failing
The Birth Day ... Five Years In The Making
The gift I found while I cared for my child