This morning, I sat my teen down for a hard talk. “Honey, I wrote a silly meme and now the internet thinks you have a heroin problem.”

It all started sometime in 2016. I made a meme, because I was trying to get more traffic to my blog page on Facebook. “Make a meme,” other bloggers told me. “People love memes.”

So I made a few memes. Things that popped into my head as I did housework. One was about how my kids saw a pile of dishes as a Tetris challenge. Another about how I despaired for my teens as they couldn’t even load a dishwasher properly.

And then one day, while going through my daughter’s room, I found several of my missing teaspoons, along with several mugs with dried up tea bags stuck to the bottom, and half my Tupperware collection.

“I could meme this,” I thought. 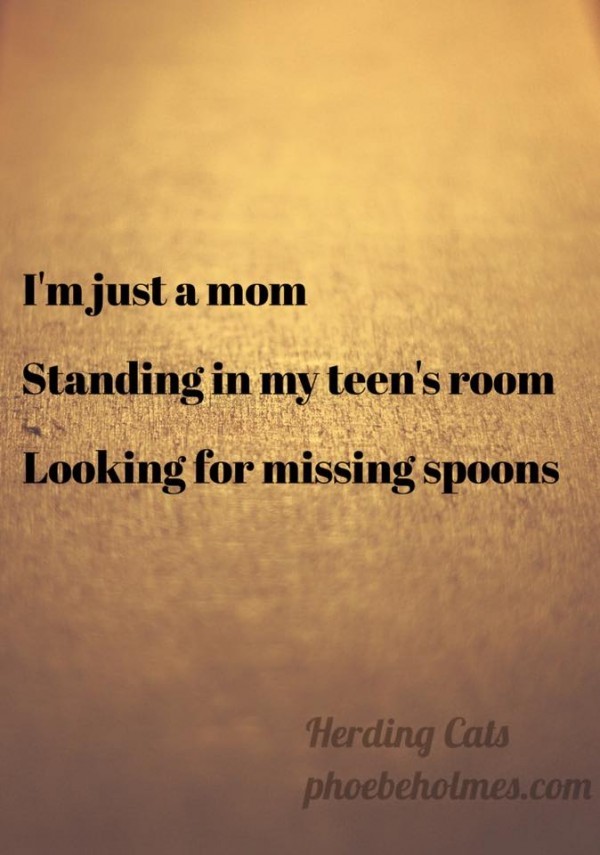 I refer to it as the Spoon Meme. It was supposed to be silly. I could have used forks, as my other daughter leaves forks in weird places. Or glassware, as my son had a stash of water glasses on his desk.

But no, I went with spoons.

It got laughs. Moms tagged their kids, and added “and cups and bowls and plates…” It was instantly relatable.

Then the first Concerned Commenter popped up.

“This isn’t funny people. Heroin addiction is a real thing.”

It took me a few moments to make the connection. Then a light bulb went off: People use spoons to melt the heroin.

Someone else chimed in. “This is sad. You should be concerned about missing spoons. Talk to your teens about drugs.”

I quickly corrected them that it was just about how silverware goes missing.

“You need to wake up. Your teen’s probably doing heroin.”

No, she’s doing chamomile, in tea form. Along with licorice tea and Barry’s Irish Breakfast tea. Which she keeps in plastic baggies in her backpack, like the tea junkie she is.

Eventually it died down, and we all carried on with life.

The dang thing suddenly popped up on the internet radar again. And soon, the thoughts that the meme had a deeper meaning popped up.

“Guys! Don’t laugh! This is sad! Don’t you understand?”

I once again found myself explaining to people that it wasn’t about heroin, that it was literally just about missing kitchen items.

But this morning, my blogging buddy sent me a message. “So TODAY Parents shared your spoon meme and your kids must be heroin addicts.”

So I told my teen, the one who was hoarding spoons in her room, that the internet thinks she’s addicted to something.

She snorted. “Please. Like I could get away with that with your nose? Come on! I lit a candle once when you were gone, and you came back three hours later and instantly asked, 'Did someone light something in here?'"

It’s true. I have a paranoia about fire and can sniff out odd smells in a heartbeat. I once drove everyone mad one night because I was certain something was burning. Eventually I narrowed it down to the dishwasher, where we discovered a wooden spoon had fallen and was against the heating coil on the bottom. The family was impressed. My teen is right. If she was smoking something, I'd have noticed by now.

So please, Internet Warriors, do not worry about my children, or find deeper hidden meaning in a silly meme I wrote while gathering lost goods in my teen’s room. The only addictions here are addictions to things like cups of tea, the musical “Hamilton” and tacos.

And use this as a lesson: Meme makers, be aware that others make try to find a deeper or hidden meaning in your meme.

And meme readers: 10 to one, there's no hidden or deeper meaning. It's just a meme, made to be taken at face value. 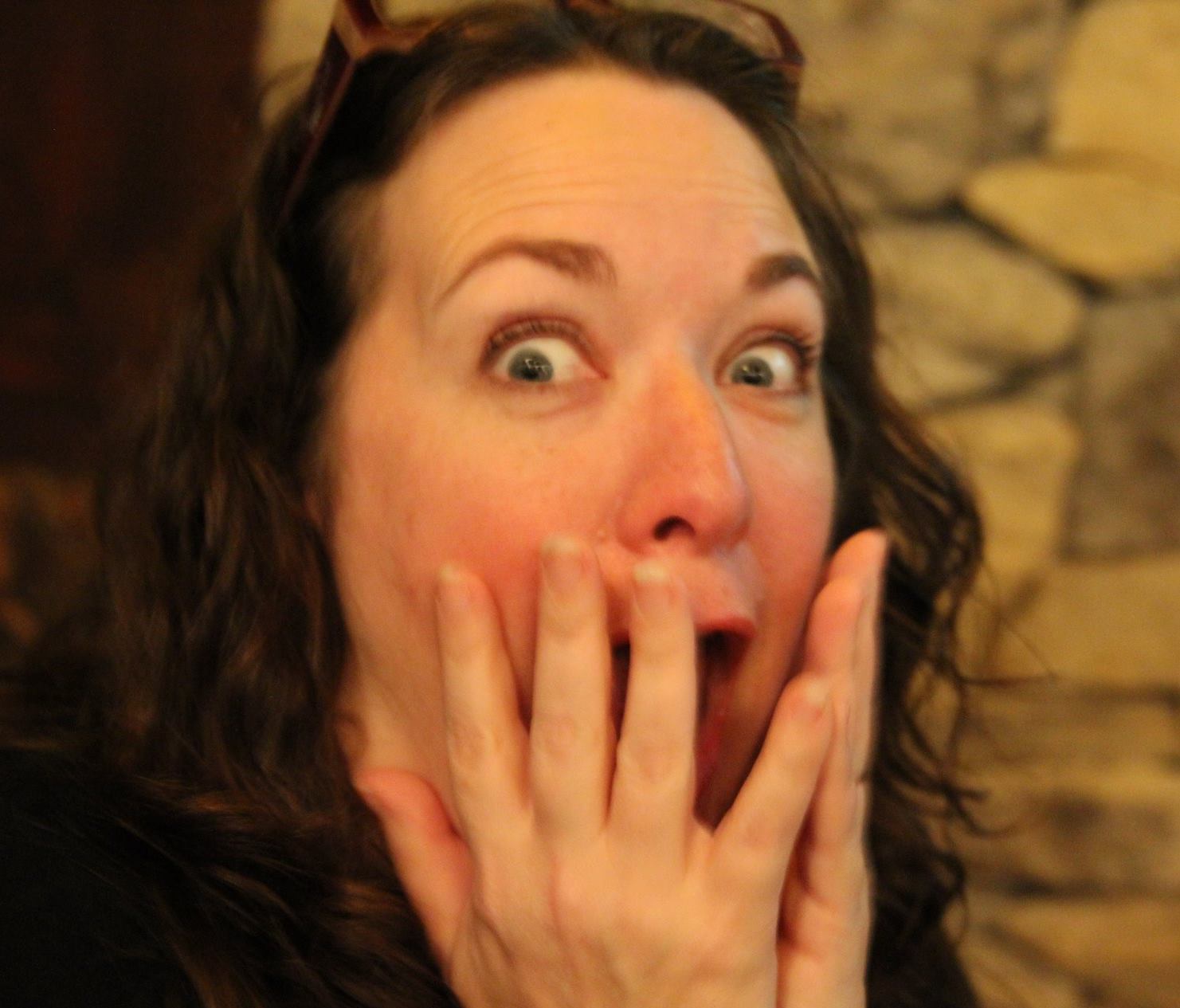 Words to Friend By
The Best Baby Spoon for Your Little One:
Mandalas Torte
advertisement

Words to Friend By
The Best Baby Spoon for Your Little One:
Mandalas Torte