I am my child's greatest weapon 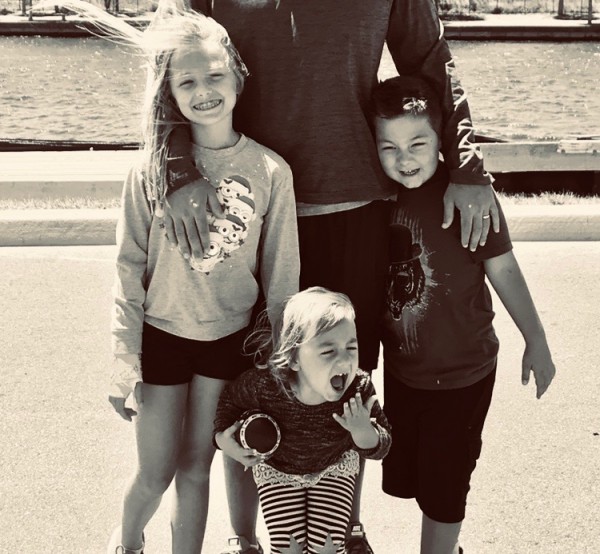 You are your child's greatest weapon when it comes to them fighting the voices of the lies which tell them that they don't measure up.

The nonsense which they will undoubtedly hear spewed from mouths of the ill-informed, self-centered, close-minded, cruel, or just non-thinking individuals whom they will encounter throughout their lives.

A crappy boyfriend or girlfriend.

A jealous comrade or co-worker.

A cranky, over-worked, and underpaid professor.

A potential employer who is a straight-up donkey.

A tribe of self-absorbed "friends."

though I pray goodness not,

the majority of the uber-judgemental general public.

But, God-willing, never, EVER, their parent.

NEVER YOU, AS THE PARENT.

It sucks to think about anyone ever telling, or God-forbid convincing, our children that who they are isn't good enough.

Not aligned with the norm enough.

It hurts my heart, more than anything, to think of anyone ever telling one of my kids (or any other individual for that matter) that them as "a being" -- as a person -- does not meet some fictitious, dumbarse standard that Joe Shmoe established one day out of boredom and because he wanted to shake things (and people) up a bit.

I repeat, it freakin' worries, frustrates and hurts the heck out of my child-loving soul to think about my perfectly, imperfect offspring ever questioning their value and worth -- in their social circle, at school, on the sports field, at their place of work, or thanks (but not really) to any college admissions department.

But, this will happen because doubting oneself is human nature, and sadly, so is regular, unwarranted criticism.

The thing is, as parents, we can and should combat our child's tendency to lead (or respond with) self-uncertainty, by taking the time -- starting when they are young -- to arm them with an arsenal of tools like love, support, mindfulness, introspection, from which they can draw upon and from as needed.

Arm your child with self-worth.

Drape them in support and love.

Teach them how to fight against the cruel and cynical with self-awareness, respect, and positivity.

Instruct them to defend their value only to themselves and to do so with conviction.

Guide them, gently, to become whoever the heck it is they want to become, because, guess what? That is who they will become regardless.

Do you remember when I said that you are your child's greatest weapon when it comes to them fighting the voices of the lies which tell them that they don't measure up?

That's not an over-generous designation, nor is it over-dramatic.

It's the somewhat brutal, but utterly powerful and huge-honor truth that our voice, and how we use it daily in the way we speak to our children, is all that they need to start building a self-developed, family-backed shield against the jackalopes of this world.

If I am my child's greatest weapon when it comes to them fighting the voices of the lies which tell them that they don't measure up, I sure as hell am going to make sure that I step to the parenting plate, prepared and focused.

Because, please hear this, it's only when we as the parent measure up, that we can raise a child, or children, who know that they do, as well -- unconditionally.

A child is never too young to be told they are enough, just as they are -- now and forever.

Have you told yours today?

Why Kids Lie and what can you do about it?
I’m a parent of a child with mental health needs: Here’s what I’m not telling you
​ How To Educate Your Toddler - It Is Never Too Early To Start Educating Young Children
advertisement

Why Kids Lie and what can you do about it?
I’m a parent of a child with mental health needs: Here’s what I’m not telling you
​ How To Educate Your Toddler - It Is Never Too Early To Start Educating Young Children