My husband and I found romance again through marriage therapy

Published by Keeper of The Fruit Loops on January 31, 2019

Two years ago, my husband and I went through a transformation in our marriage. Some would call it a "rough patch." Others would call it "marital growing pains." I call it the scariest time I've ever lived through and, until about a year ago, I wasn't able to write about our marital stress because it made things feel "too real."

But, if I've learned anything through our therapy journey it's that we joined a club the day we walked into our therapist's office, a club I didn't know existed until I slowly started to whisper to my close friends that we'd sought therapy to iron out our differences.

Turns out, marital problems and the stress that comes with being married long term are topics no one wants to talk about at cocktail parties. No one wants to post a picture on Facebook that says, "We are both smiling through gritted teeth because we just had a huge argument behind closed doors and we are pretending that all is well for appearance's sake. #Blessed #TherapyRocks."

Until I was brave enough to say something to my friends, I had no way of knowing just how many couples were dealing with the same stresses we were facing.

I have come to realize that I am not the only one who has felt, at one time or another, that the romance had died in my relationship.

And, if you are reading this, shaking your head in agreement, just know that I realize how hard it is to take that first step towards fixing your relationship.

You aren't alone. Therapy is worth it, even if it's because it helps you decide you are going to actually end your marriage. Just make the appointment. I promise, it's worth it. 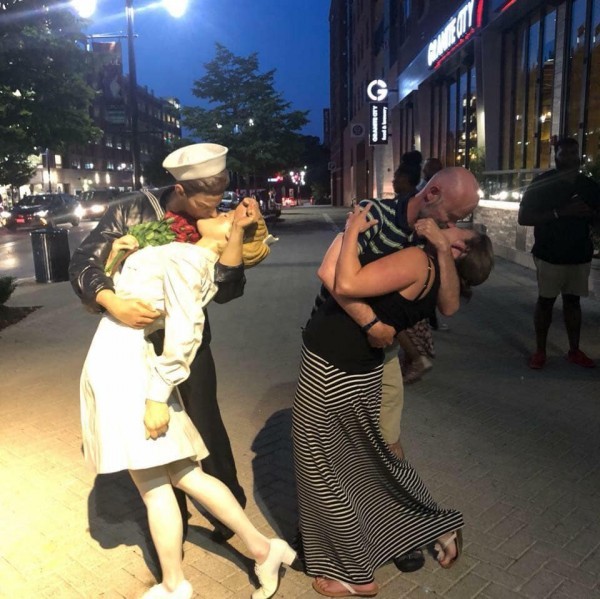 The realization that my son would be heading to college hit me hard one summer afternoon.

As the reality of my son leaving home washed over me, I found myself feeling panicky. Not because I was nervous about the inevitable tearful goodbye in his dorm room. My panic wasn’t because the thought of sending him off on his own made me want to sit on his bed and cry.

No, I was feeling panicky because I didn’t recognize my marriage.

Years of frustrations and stress from child rearing, job strain and a life of nearly 20 years together had left my marriage unrecognizable. Somewhere along the way, we'd lost our spark and our once close connection. Like most couples, our conversations revolved around carpools and bills and our evenings were spent dozing in front of the television.

We had become more like two roommates sharing the rent. More and more, bickering and hurt feelings replaced deep conversations and respect. Resentment hung like a heavy cloud over our marriage and most days, it felt like my husband had become a stranger to me.

And I wasn’t sure our marriage would be able to sustain the absence of children living at home.

When I took a hard look at what we’d become to each other, slowly and insidiously over time, I realized that I wasn’t sure I wanted to stay married to my husband when my kids left home for college.

And it scared me to my core.

I met my husband when I was 20, back when my thighs didn’t jiggle and my face wasn’t a road map of crow’s feet and sunspots. He was a part of almost every memory I have in my adult life and I couldn’t believe that I was seriously contemplating leaving.

But, if I was honest with myself, the thought of spending the empty nest years in a marriage full of resentment and hurt didn’t seem too appealing, either.

On a warm summer day a few weeks after my devastating realization, our marriage came to a crisis point. As a silly argument escalated hopelessly out of control, I hurled words at his chest that I never dreamed I’d say. Words that we both knew could never be taken back.

With those stinging words hanging above our heads, the sounds of our kids laughing at a ridiculous YouTube video on our patio floated into the kitchen. The reality of what I’d just admitted felt selfishly like a relief but I had stunned myself into silence with the enormity of what I was saying.

In aftermath, the quiet in the kitchen was deafening.

My husband looked at me from across the kitchen island, his blue eyes flashing hurt and sadness.

“So, that’s it? That’s all I get? 20 years together and you aren’t even going to help me try to put things back together?”

In my pain and confusion over not recognizing my marriage, it hadn’t occurred to me that leaving wasn’t the only option.

It also hadn’t occurred to me that he didn’t want to leave, too.

I had a choice to make.

And I made the harder choice that day.

I chose to take the steps necessary to find the kindness in our marriage, the gentle reminders that we were still closely bonded, even if we couldn’t seem to remember who we were before two kids, a dog and a mortgage.

I chose to walk the journey of couple’s therapy in hopes that we could redefine what our retirement years would look like down the line.

Our story could have ended abruptly on that summer day in our kitchen.

Instead, we decided to rewrite the ending of our marriage. We realized that while we had cracked the veneer of our marriage, the foundation was strong. We could rebuild, slowly and carefully, each bringing new bricks and mortar we created together in our sessions.

At first, I kept our marital issues quiet because I felt ashamed that my “perfect” marriage had seemingly failed. And, it didn’t help that a few of the people I did tell immediately exclaimed, “But, you guys are so perfect together! You can’t break up!”

And so, we stayed quiet in our struggles, leaning on each other for support. Often, I felt like the only couple who’d ever had to take a closer look at the issues that had been swept under the carpet for so long.

But, slowly, I realized my husband and I have nothing to be ashamed of. The reality of kids leaving home can shake even the most solid of marriages to their very foundations. And I know we aren’t alone.

I’m proud of how hard we’ve worked to redefine ourselves as a couple. I’m no longer embarrassed to admit that we’ve struggled as a couple. In fact, I’m grateful every day for that moment in my kitchen.

We've found the romance in our marriage again through hard work, open communication and a heavy dose of honesty on both sides.

Marriage is hard. Really hard. I wasn’t prepared for the emotions that have come with not only really facing your kids leaving home but also being able to rediscover who really I am after almost 20 years of laundry, carpooling and kid rearing.

The light is bright at the end of that proverbial tunnel, yes, but sometimes it’s so blinding that you have to step back and blink until you can get your bearings.

But, when you can see clearly again, when that light comes into focus and you can see your relationship at the end of the tunnel, walking towards it doesn’t seem hard.

I’m just glad I saw the light before it was too late.

Our First Therapy Session
No one knows what marriage will be like or how hard it will be, but trusting in love can save us
I've Never Been A First Wife
advertisement

Our First Therapy Session
No one knows what marriage will be like or how hard it will be, but trusting in love can save us
I've Never Been A First Wife