How To Enjoy Yourself With Your Kids at the Grocery Store

Nothing makes me feel dumber than shopping at a new grocery store with unfamiliar aisles. It brings me back to first being married and walking around aimlessly, finally asking, "excuse me, where are the dinners?" Turns out you had to buy all of the ingredients separately. What a burn.

There is a new grocery store in town and I've been a few times. I love my regular store, but this one really has everything. And to be honest, the big draw was the Starbucks and the adorable miniature carts they have for the kiddos.

How fun! I can push my cart full of groceries while the kids remain occupied pushing their own, absolutely adorable, little "Customer in Training" carts. Whoa. Was I freaking wrong. Not fun. Nowhere near fun. The polar opposite of fun. 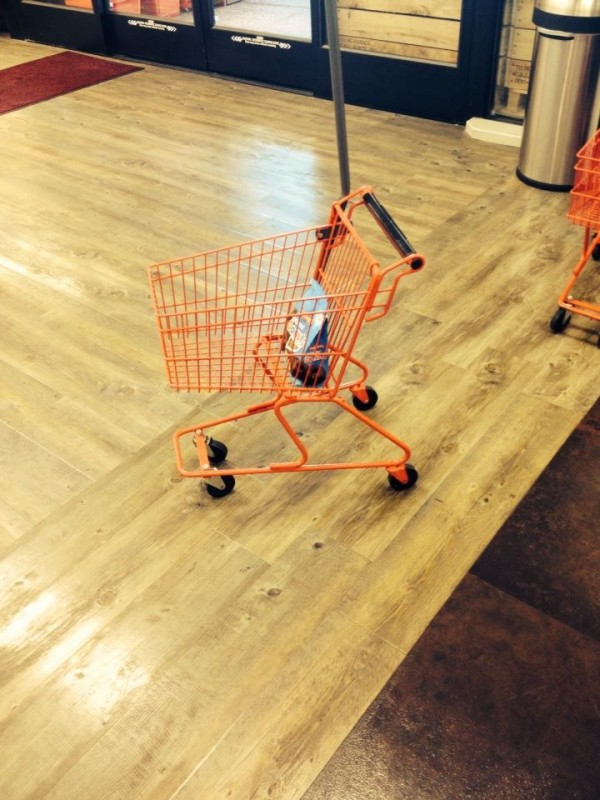 I never had a problem with high blood pressure until that day. I got a few things that I needed and just went to the checkout in defeat. I can't do this anymore. And I only had two kids with me.

Now I have never claimed to be the sharpest knife in the drawer. But why in the world I thought I'd give it another go, this time with three kids, is beyond me. Just like childbirth, I forgot. All the pain and the gory details.

So back I go. Even telling the kids how much fun it's going to be. You'll get your own carts and we'll create some happy freaking childhood memories. I realized my massive lapse in judgement after about three seconds.

The Starbucks counter is right where you walk in. They get me. Every time. Even when I'm not thirsty. This is where my kids decided to go ballistic on each others' carts. Smashing head on into one another. Naively, I thought the novelty would wear off after a few minutes and everything would be fine. I have never been more wrong. In my entire life.

The fact that I am unfamiliar with the layout of this particular store did not help matters. And I was making a new recipe to boot. I was a mess. I looked like the aunt of these children that didn't know what she was in for bringing kids to the store. I was so clueless.

I needed to get pepperocini peppers. So, naturally, I go to the peppers in the produce department. I'm standing there for a good five minutes as my kids are scaring every elderly person in the store with their accident waiting to happen shopping carts. Every single one of them were envisioning their hips being broken by these darling little "customers in training".

There are so many different types of peppers there. Cayenne. Banana. Jalapeno. Wait let me check the spelling again. Habanero. Poblano. Serrano. I text my neighbor to ask her. I see more peppers across the way. Green. Red. Yellow. But nothing marked pepperocini. WTF?

All the while my darlings are tearing this freaking place about. In their cute little carts. But I was oblivious. I was on a mission.

Finally, a nice mom walks by and I find myself blurting out. I need help! Initially, she probably thought I needed Child Protective Services called. But I wasn't even paying attention to those animals anymore. I need peppers and they're not here, I said. This/close to crying.

She said she wasn't sure about it either. Aren't those Italian peppers? I-talian peppers, you say? My husband is I-talian. I will text him. The nice mom looks with me for another minute, all the while keeping a safe distance.

Beau texts back that they should be by the I-talian stuff. Oh, I didn't realize there was an aisle marked, I-talian stuff. He adds, or by the condiments. Now that, I understood.

Now I have to leave the safety of the open space and unbreakable items in the produce section. With my caravan of cart-wielding idiots. To the condiment aisle. Home of the glass jars. Glass that is on shelves of the exact same height of these freaking kiddie carts. I'm sweating.

Dear Jesus, Mary, and Joseph,
I haven't asked you for much in the past twenty minutes. Please grant me the patience to make it through the rest of this nightmare. And please send me a little miracle in the form of making sure my kids don't break a freaking thing.
Ah-men.

Then the dear Lord did intervene. The nice mom that I met earlier walks up to me and hands me a jar of pepperocinis. She went and found them for me. I wanted to hug her, but I feared I would never let go.

I couldn't possibly convey my gratitude at that point. She said it was no big deal. All of her kids were in school and she had all the time in the world. Now she was just bragging. But that mother will never know what she did for me that day.

Now all I had to do was make it to the check-out without anyone being killed. It wasn't a an easy feat, but I did it. I will spare the details. 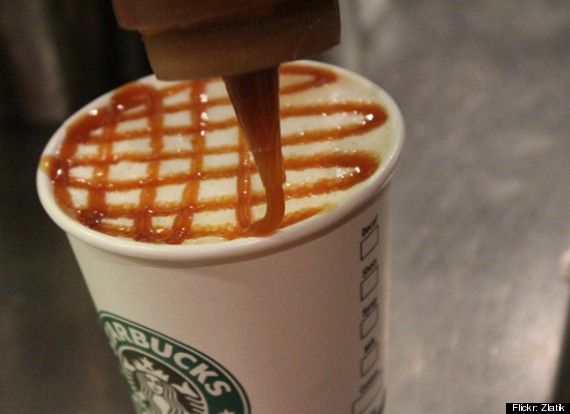 Even though I will miss shopping with my triple, venti, half sweet, non-fat, Caramel Macchiato, hold the whip. I have no plans on returning to that store ever again with children in tow. My kids are cute in pictures. Not in grocery stores.

I didn't just lose my mom the day she died
How our family hopes to respond to the coronavirus pandemic
It takes a village to raise kids, but kids deserve a village too
advertisement

I didn't just lose my mom the day she died
How our family hopes to respond to the coronavirus pandemic
It takes a village to raise kids, but kids deserve a village too