How Ignoring Your Child Can Improve Their Happiness

The best thing I did today was ignore my son.

My method may surprise you, but my reasons hopefully won’t.

Now before you label me as a terrible person, an indolent carer, or a neglectful mother, the first thing I need to point out is that, at the time, my son had only had two birthdays. And the second thing is that I ignored him from barely one room away.

Today, like many of our days, all my toddler wanted was me. The feeling of being so popular and so wanted and so needed is no doubt a marvellous thing. But then, after umpteen requests and demands, it starts to wear thin. Very thin. Very quickly. So by mid-morning, I realized I had lost my zest somewhere amongst the Lego blocks and my enthusiasm had gone for a quiet lie down.

The frustration had begun to set in, I could sense it in my voice and hear it in my sighs. I started reeling off the standard retorts – “in a minute”, “but you have so many toys to play with”, “after I finish this first”, “I’ll play with you soon”, “you just need to be patient.” Naturally, my son ignored the lot, only pestering me further. And I was left drowning in a sea of guilt.

Maybe I was a terrible mother after all. Maybe my child was actually hearing, “Mommy doesn’t want to spend time with you”, “you’re not important to her”, “perhaps she doesn’t even love you.”

I was ignorant in thinking that, by my third child, I’d know what I was doing. By now I should surely know all the tricks and have all the answers. But the truth is, my third makes me question myself as a mother more than ever.

Like any parent, I want my children to feel loved and be happy. I may not have many answers, but one absolute truth I have discovered as a parent is that it’s not my role to keep my children happy. Happiness needs to be an inside job, and the sooner we each embrace this lesson, the happier our life can potentially be.

So it was with this in mind that I stopped and really tried to listen to my toddler. Although he repeatedly grabbed my hand, begging, “Mommy, play with me,” I realized what he was actually asking was, “Mommy, I want you to entertain me. I need you to make me happy.”

With two older siblings, my two-and-half year old isn’t ever expected to lead the play, he isn’t ever required to suggest the game ideas. As a third child, he relishes in his role of simply joining in with the fun, happy to be swept away to a pre-organized fantasy land. And then, naturally, while the older kids are at school, my toddler expects me to continue the entertainment.

But today, after first spending some special time with my son playing his favourite games, I made the firm decision to ignore him. At each and every request for me to entertain him, I patiently repeated that I had a particular job to do, and that he could either help me or he could find his own game to play.

And then, something wonderful happened.

It wasn’t that I noticed, after having being left to my chores for a full five minutes without interruption, that my toddler had become completely absorbed in a game of pretend. It wasn’t that he was blissfully discovering his boundless childhood imagination. It was that he had the most serene look of contentment on his little face. Not just a smile on his lips, but a truly beautiful smile in his eyes. He had found his moment of happiness, and he had achieved it entirely on his own.

Perhaps I’m not such a terrible mother after all.

Give your children the time and space to be in their own world on their own terms. Encourage them to take charge of their own happiness. You are a parent, not an entertainer. 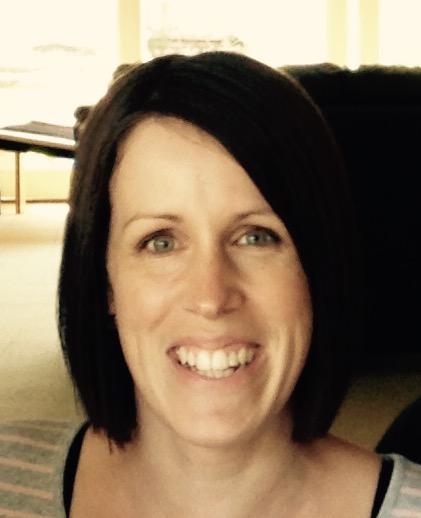 A writer by day and a reader by night, Lea is the co-creator of three children, and works part-time as a pharmacist to have a break from the housework. Her blog, The Method Mother, offers an honest account of how one mother is finding her own organized way, inspiring parents who crave just a little more order to the chaos we know as family life.

I'm The Parent to My Kids (Not the Neighbor, Grocery Store Clerk or Stranger on a Plane)
3 Ways to Ease the Transition to Two Kids
Parenting: The Most Important Job in the World
advertisement

I'm The Parent to My Kids (Not the Neighbor, Grocery Store Clerk or Stranger on a Plane)
3 Ways to Ease the Transition to Two Kids
Parenting: The Most Important Job in the World