How I Raise My Kids to Be Themselves

When I had my first son, Jackson, my heart birthed a new sense of understanding for boys. My life would went from fashion and flowers to trucks, choo-choos and superheroes. That was until my darling daughter arrived, equipped with enough fairies, dolls and princess dresses, to dominate his boy-trodden throne.

By the time his little sister could walk, talk and insist on wearing the same costume every day as it were a school uniform, my son had already developed a mild obsession with trains and racecars. And just like any younger sibling does, my daughter very much enjoyed playing with her older sibling’s toys. But instead of wearing overalls, she rocked her tutu.

“Be yourself; everyone else is already taken.”― Oscar Wilde 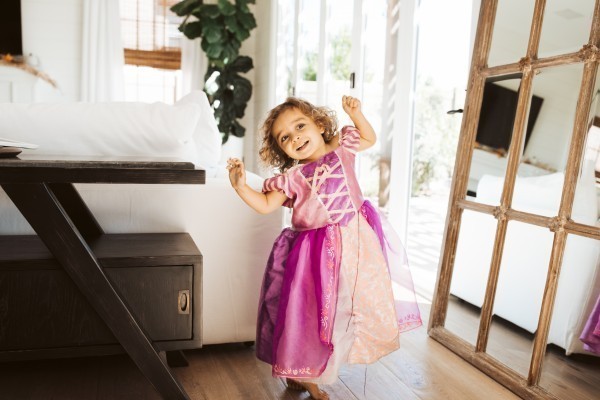 Kids Take After Their Siblings

Fast forward six years, a few moves and two new Schaffer brothers later, and our family was complete. Par for the course, both younger brothers followed in the trend of wanting to do everything their older siblings were doing. Our third child, Roman, took to sports like his older brother, and by the time we had our youngest, AKA Boss Baby Brody, our daughter had become very involved in dancing. For the past two years, a standard Friday night at the Schaffers’ wouldn’t be complete without a popup dance party. 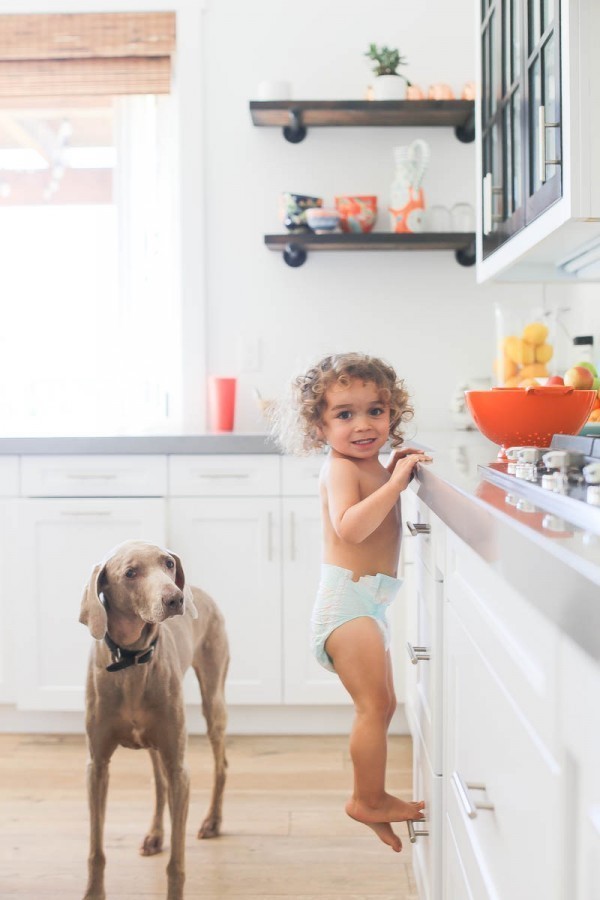 Letting Him Live His Passion

Brody now dances every night with his big sister and is fascinated by all things music and costumes. Looking at life through the lens of my kids as they interact with one another is the sweetest gift, so why in the world would I discourage such innocent play when Brody wears a princess dress?

Just like his older brother suiting up for lacrosse, when Brody puts on that dress, his eyes light up and he gets in this zone. And just like his big sister, the costume-turned-uniform puts the ultimate smile on his face, setting the tone for what’s ahead. And, did I mention he also takes after his Mommy? At the grocery store or otherwise, he welcomes and encourages compliments on his chosen outfit from both patrons and passersby. At the end of the day, there’s no lack of confidence in this young man, so why on earth would I want to change that? 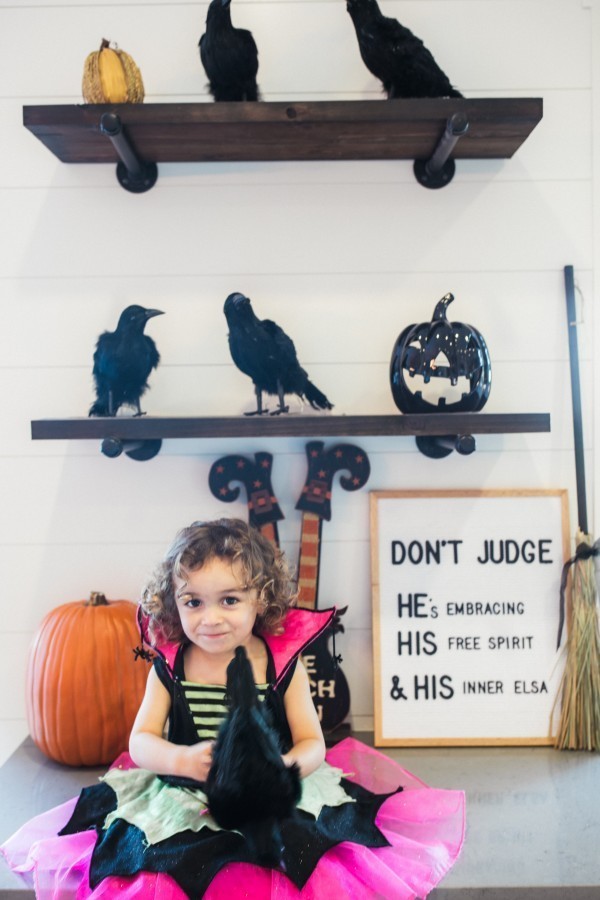 If You Have Nothing Nice to Say...

What I don’t understand is how or why some individuals spend their time criticizing and bullying something so innocent? Maybe I’m ignorant of the times, but I didn’t realize the real-life humans who hide behind the internet would have such profound feelings about Brody’s princess persona. Or, such negative thoughts about me as his mother.

“To be yourself in a world that is constantly trying to make you something else is the greatest accomplishment.” ― Ralph Waldo Emerson 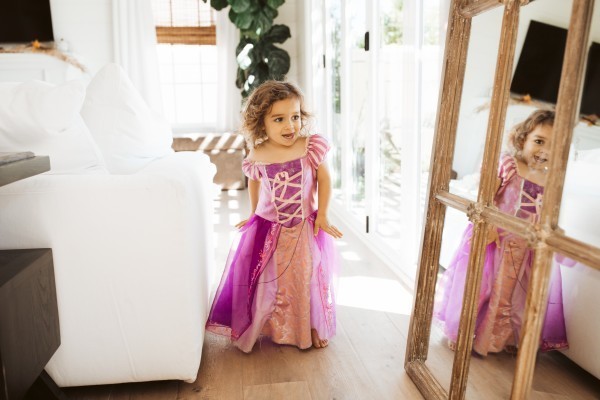 Bullying Happens to Moms Too

Grocery shopping with kids is not exactly how I like to spend my Saturday mornings. In fact, I try to avoid it at all costs. But when the kids are literally crying over spilled milk, a mom’s gotta do what a mom’s gotta do. In my dreaded attempt at saving the day, I grabbed Baby Brody and we left for the store. My son, who would’ve only added to the chaos if had I tried to leave him at home⁠—or worse yet change his clothes⁠—cheerfully accompanied me to aisle five. In his Elsa dress.

Low and behold, a woman soon approached to compliment my “beautiful girl.” I chuckled and said, “Oh, I’m sorry. She is actually a he… who just loves to play with his sister’s dresses.” And as those very words were leaving my mouth, I could see the look of disgust on her face.

She was mad at that. She then proceeded to reprimand me by saying, “Well, shouldn’t he be wearing boy clothes? You are his mother.” My response: "No ma'am, his dress shouldn't spark any surprise, as I am raising a fine young gentleman. Are toddlers not allowed to play and pretend?” 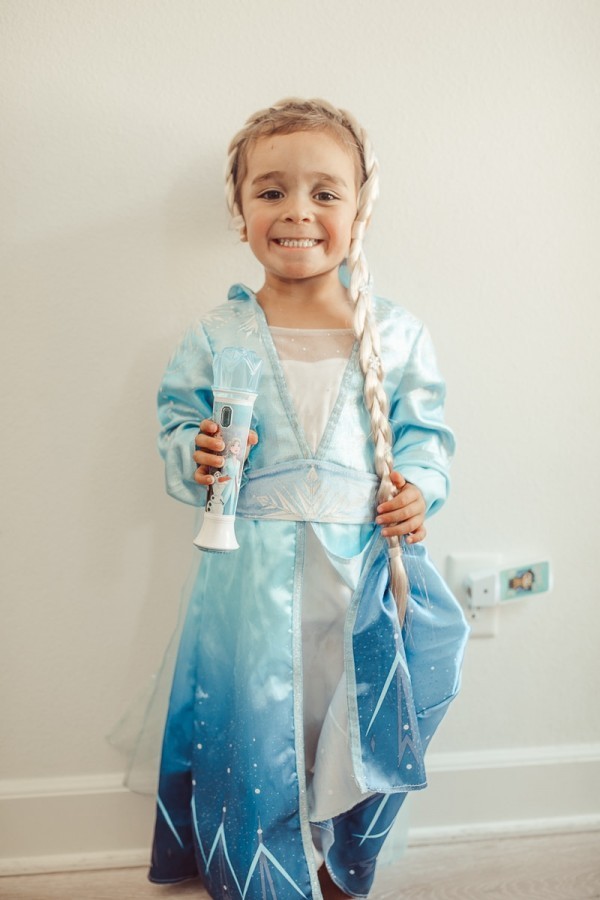 I grew up an Italian Catholic from NYC, and in those days no boy would ever be caught playing with his sister’s "girl" toys, much less their clothes. But what I have learned as a seasoned mother to four is that children are innocent. And they should certainly be allowed to play dress up if that’s what makes them happy. I try to be an open-minded parent. Not that I would go to the extreme of painting his room pink and filling it with dollhouses. (Okay, he has a few play castles, but who cares as long as he's kind?) But I do think it’s ok if he wants to watch princess movies and play in his sister's dresses. Wouldn’t you agree?

“Don't you ever let a soul in the world tell you that you can't be exactly who you are.” ― Lady Gaga 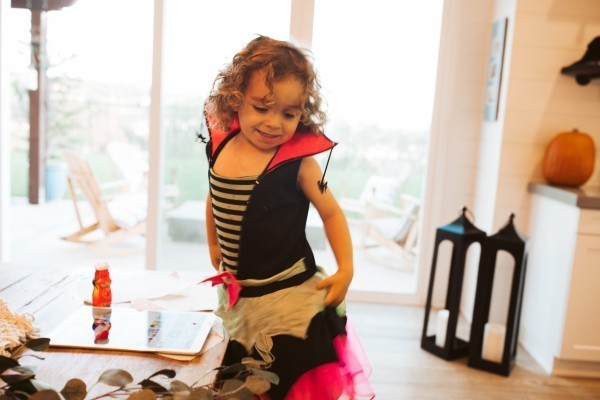 There’s no doubt that for years boys have been discouraged to play with "girl" toys. Going down the toy aisles in most stores, we see that they are organized by gender. With my first son, naturally, I bought most toys from the boy aisles. However, after having two more sons following a daughter, they were then naturally exposed to girl toys. Our daughter Dylan loved dressing her younger brothers up in play dresses and before you knew it, I had three princesses enjoying tea parties. Immediately, I thought it was the sweetest thing and knew in my heart that this type of exposure would only make them better men. This type of play makes them more nurturing and connects them to their sister. And it works both ways; she certainly loves a good basketball game in the front yard.

Watching my kids navigate through childhood has been most rewarding. And I’m afraid that if I don’t let my children just be children, I’m going to wake up one day and they’re going to be all grown up! As a mom to three boys, it is my hope to break all rigid stereotypes out there. I want to raise my kids to be themselves, whether Brody's in a dress or Dylan is kicking butt during a basketball game. My daughter has certainly demonstrated being tough, so why can't my boys demonstrate a more playful, nurturing side?

So, to the woman in aisle five, I will say this. A little shift in perspective can go a long way. And with more love, acceptance, and kindness in the world, we all win.

Listen to My Podcast

I'm not a bad mom because I let my son wear princess dresses: Here's why
Mom to Harry Styles critic: My son wears a dress too and it's OK. Here's why.
How Baby Dolls Prep Boys To Be Great Men
advertisement

I'm not a bad mom because I let my son wear princess dresses: Here's why
Mom to Harry Styles critic: My son wears a dress too and it's OK. Here's why.
How Baby Dolls Prep Boys To Be Great Men