Published by Jillian Benfield on August 20, 2020 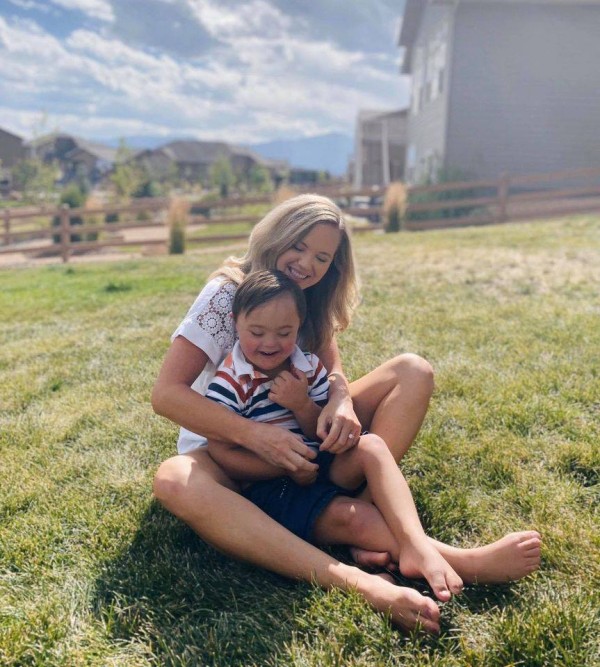 As my child gets older, I realize I am entering a new realm of advocacy- and that is social.

There are unavoidable and sometimes uncomfortable moments coming. I know this because they are starting to unfold. They include answering kid’s questions about my son (in front of him) or intervening if they are being unkind.

Dear parents of typically developing children, I am hoping you and your children will be allies to families like mine With that said, I’m hoping you can have an open conversation with your children about kids like mine. Because we need you, we need all of you.

I know I would have been lost if someone asked me to have this conversation years ago. So, I am including some talking points that I hope you use about my son, Anderson. And perhaps, these will help you to have a broader conversation about children with disabilities in the process. The main thing is to not be afraid to say disability and talk about it openly. Disability is a natural part of life- it’s important our kids know about it.

- Anderson has a disability. Anderson’s disability is called Down syndrome. Down syndrome is not a bad thing! It makes Anderson who he is. But it does make certain things more challenging for him.

- Down syndrome means Anderson’s muscles aren’t quite as strong as yours. This includes the muscles in his mouth and tongue. That means It will take Anderson longer to learn how to talk. He goes to therapy to help him, but it will still take some time.

- Just because Anderson doesn’t speak like you do, doesn’t mean he doesn’t understand what you are saying! Speak to him like you would anyone else. But if you have questions like, “Why is Anderson doing this?” It’s best to ask those questions to his parents when Anderson is not around because those questions may hurt his feelings.

- Down syndrome means Anderson’s brain works a bit differently from yours. The part of his brain that manages how he behaves is not as developed as yours. This means he may do things that don’t make sense to you, like: pick up a ball and run away with it during a game of soccer, knock down a tower you are working on, things that you did when you were younger- Anderson still struggles with. He will get better at this, but it will take some time. It’s okay to tell Anderson “no”! Just try to have extra patience with him and understand this is something he and his parents are working on.

- You can’t catch Down syndrome. Down syndrome is something Anderson was born with and will always have. It is not a sickness. It’s just something that makes Anderson unique. But even though Anderson may look, speak, act differently from you, in many ways he is very much like you! He loves to have fun, he loves TV and toys and more than anything- he wants to have friends. He wants to be included in your conversations and in your games.

- Just like you, he wants to be accepted for who he is. And although he may not be able to say this with his words, he really wants you to be his friend.

Dear parents, if you have a child with a disability in your life, ask them, or their parents about how to talk to your children about their disability. I know this conversation won’t be the easiest. But I’m asking you to have it any way. Not just for my child, my family, but for all children who have disabilities. We need you, our kids need you, too. And there is another great part of this- your child also needs this! This conversation will spur them into being more inclusive humans their entire lives. It’s just one of many steps they will have to take to get there, but it is a good start.

Thank you for your consideration.

I never wonder what my child would be like without a disability
"What's wrong with that boy?" 6 ways to talk to your kids about disabilities
Inclusion is How My Son Started Walking
advertisement

I never wonder what my child would be like without a disability
"What's wrong with that boy?" 6 ways to talk to your kids about disabilities
Inclusion is How My Son Started Walking