How Children's Sleepy Brains Fail Them 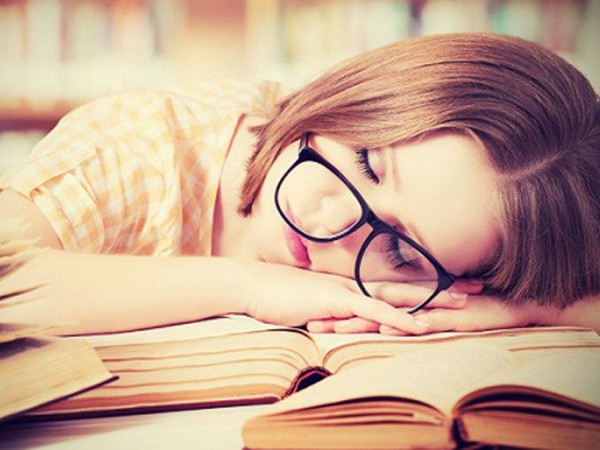 Almost 40 percent of students in kindergarten through fourth grade have trouble sleeping and those poor sleep habits carry over into adolescence. Sleep is a necessary restorative for the body and the brain and many brain functions become considerably less efficient after a sleepless night.

Sleep-deprived children have lower brain activity while working on math problems than they do when rested. They also make more mistakes and leave more answers blank on tests. Harvard researchers studied a link between sleep and successful retention of new information learned during the day. A test group of 60 students was asked to memorize 20 pairs of random words. Half were told to return 12 hours later, after a good nights rest. The other half was told not to sleep and return in 12 hours. 76 percent of the rested students correctly recalled all the words on a test, while only 32 percent of the sleepless students had all words correct.

Adolescents may need even more sleep than they got during their preadolescent years in order for their brains to cement new learning into memory and to avoid behaviors associated with sleep deprivation. For some children, 7-8 hours may have been adequate in upper elementary school, but during adolescence these same children may need a minimum of 8-9 hours of sleep to function optimally. It is suggested that when their increased sleep needs are not met, teens can be more susceptible to stress, anxiety, depression, and to high-risk behaviors such as drug and alcohol abuse, sexual promiscuity, and motor vehicle accidents.

100,000 auto accidents a year in the United States are attributed to drowsy drivers. Specifically, drivers under the age of 25 cause more than one-half of fall-asleep crashes. Only 15 percent of adolescents and 8 percent of teens sleep 8 or more hours on school nights, with 11 percent sleeping less than 6 1/2 hours a night.

Memory is the Result of Connections

Children retain more information when they are alert than they do when drowsy. Have your children review their notes thoroughly in the afternoon or early evening, take scheduled breaks, and go to sleep when they begin to feel drowsy.

The efficiency of memory retention drops off when children are tired. It can take them twice as long to memorize data when fatigued as it does when they are more alert. Have your child follow her body’s message to sleep when sleepy. After 8 hours or so of sleep, have her get up early to complete her studies. It will take half as long as it would have if she had tried to finish while drowsy.

The best “sleep hygiene” includes regular sleep and wake times and bedrooms kept quiet, dark and conducive to sleep. Children are more likely to comply with the recommendations when you let them know about the benefits of sleep and the conse­quences of sleep deprivation to their academic success and physical health.

If your children are resistant to your sleep advice, let them be the judges of their own responses. Have children keep diaries that record the number of hours of sleep and how they feel the next day, as well as their physical and academic performance. They will see the strong correlation between adequate sleep and their ability to stay awake and effectively focus in school and on homework. Further motivation will come when they see the relationship between their sleep and better moods, test scores, homework successes, and physical performances.

With what we’ve learned from sleep research, and their own sleep diaries, your children can make more informed decisions. When children understand the physiology of sleep they come to recognize that it is better to review their notes thoroughly and go to sleep for nine hours than to cram for the extra hour. Hopefully, recognition of their own responses to better sleep habits can help your children make better decisions, sometimes choosing an extra hour of sleep over an hour spent playing video games or sending text messages.

How Does Sleep Affect Your Overall Well-Being And Mood?
Smartphones During Homework? Multitasking Do’s and Don’ts
How To Boost Your Child's Brain Power
advertisement

How Does Sleep Affect Your Overall Well-Being And Mood?
Smartphones During Homework? Multitasking Do’s and Don’ts
How To Boost Your Child's Brain Power