How To Boost Your Child's Brain Power 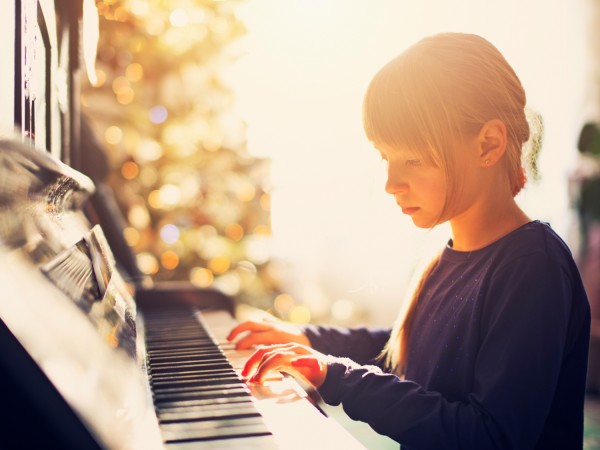 Many children, and even some adults, think that intelligence is determined at birth and that even intense effort will not budge a child’s academic abilities. Explaining how the brain works is especially important for children who believe that they are "not smart" and that nothing they do can change that. The realization that they can literally change their brains and build their intelligence, skills, and emotional self-management is extremely powerful.

Having seen how interested my own children, young patients, and later, my students were in learning about their brains, I developed strategies for parents to teach this information to children. Here’s how you can take your child on a journey through their brains and explain how they can change them for the better.

Talk About the Power of the Brain

The human brain is incredible! The control center for your brain, also called the prefrontal cortex, is in charge of how you respond to your feelings and experiences. It helps you respond to stress, fear and sadness. These circuits of connected neurons are also the control centers for organizing, making smart choices, reasoning things out, and using strategies to remember things.

In order for these control networks to operate, they need to send messages to the rest of the brain. The lower brain follows these directions and impacts your movements, facial expressions, and even the words you choose.

There is a switching station (called the amygdala) between your higher thinking brain control centers and your lower brain response systems. When you feel very stressed, fearful, upset, or anxious, the amygdala blocks the flow of instructions from the high brain to the lower brain. This puts your lower brain, and not you, in control of your reactions – what you think, say, and do.

Without input from the higher brain, your lower brain’s involuntarily reactions are now in control. Your low brain responses are limited and similar to those of other mammals that need to survive in the wild. These are the fight, flight, or freeze behaviors reflected in humans as the reactions of zoning out or acting out.

Examples of your lower brain taking control are when you lose track of what you are reading as you start thinking of something else, daydream or write notes to a friend instead of paying attention in class, do something without considering if it is the best choice – like playing a video game instead of doing difficult homework, or saying hurtful things in anger to a friend that you later regret.

When stress blocks the access needed for your control networks to be in charge, it is not because you are a bad person. When you are in that high stress state with your low brain in control, your actions are no longer your voluntary choices. If you do or say things that you regret or that get you in trouble, it is not because it is your intention to be that way. The good news is that there are things you can do to keep the amygdala from getting into the high stress state and to allow your highest brain centers to keep you in control.

The first step to controlling emotions is to know them before your low brain takes over the driver’s seat. One way to recognize emotions is to make a list or use a chart of emoticon faces picturing the emotions you experience such as happiness, sadness, fear, frustration, anger, etc. For a few days, have your children check in with themselves every hour, or more frequently if they choose. Then, have them write down or draw the face that matches how they are feeling. They’ll be on their way to building emotional control just by recognizing their emotional state.

For the following few days, have them keep the same record, but this time if they are experiencing a stressful emotion, have them check in again in another 15 minutes. If they are in the same stress state, mark an up or down arrow to represent whether the feeling is strengthening or lessening. Once they identify that their brain is building up a negative emotion, they’ll be able to do take steps to prevent the amygdala from blocking off control. 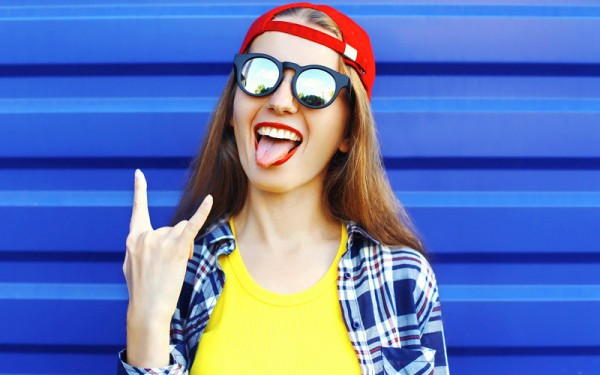 EXPLORE
Risk-taking and the Teen Brain

Teach Your Children to Take the Driver’s Seat

You can help your child build a brain response they can activate when they feel stress building. They can do this with practice, just as they’ve built up other skills that they practiced that are now automatic, like riding a bike, whistling, or remembering the words to a song. You can try several 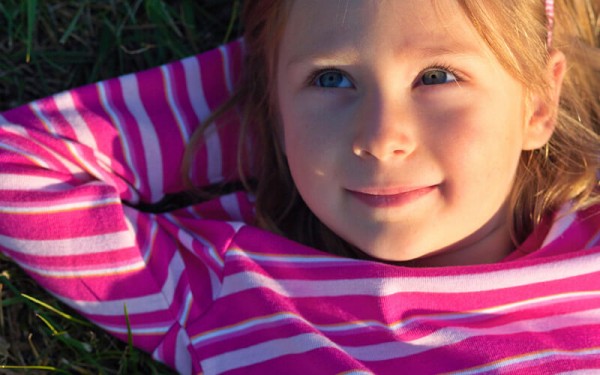 EXPLORE
Eight Ways to Bring Mindfulness into Your Family

together. Find one or two your children like and practice them every day for a week or two until they become just as automatic as remembering the words to a favorite song.

They’ll then have the power to recognize when stress is building and calm their brains with a calming breath, visualization, or other mindful strategy. They know best what things stress them out – which is when they are likely to zone out or act out. By encouraging them to think about their day in advance, they’ll be better able to predict what could turn their amygdala into a roadblock. This will help them make a plan for what strategy to use to keep their cool. 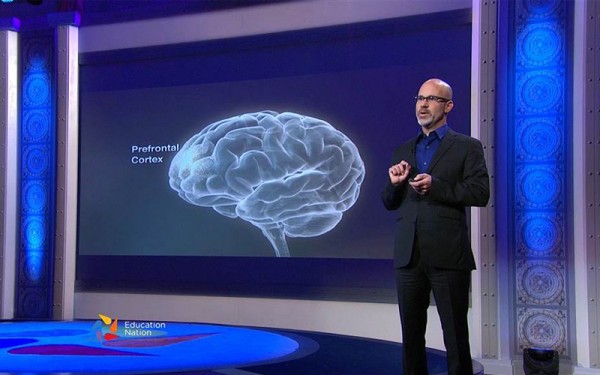 Genius Is More Than Genes

To help children realize that that they have the power to change their skills, emotional self-management, and intelligence, teach them about neuroplasticity. It’s a big word that simply means that the brain is always changing in response to thoughts and experiences. All information is stored in the brain’s neurons, but each neuron only holds a tiny bit of any memory, skill, or knowledge. It takes connections to be built up among neurons to let them communicate with one another forming a memory. These connections become stronger and faster each time the memory circuit is activated –by using it, experiencing it, thinking it, or reviewing it. The brain has limitless capacity to build and strengthen these connections. When children realize that their effort, actions, and practice can build the brain power they want, it motivates them to persevere. You can show them pictures of brain scans to demonstrate the changes in the brain that takes place when the circuits in holding knowledge or skill memories are used or remembered. (See the Neuroscience for Kids Website). Encourage your children to make diagrams and clay models of the connections) they are forming each time they activate (review, practice, visualize, or apply) a memory circuit.

Help Your Kids Build the Brains They Want

No one was born with a fully developed brain, but everyone has been building memory banks since birth. We all also have limitless power to activate our brain circuits to make them stronger. Explain to your child that any time you use a memory to do, practice, or remember something, it builds stronger connections. This means that the potential for the strength of their memory, intelligence, and skills is not limited by their intelligence, by the genes they inherited, or by their past failures. They can build the brain they want. They have already built strong brain connections that allow them to do things that at first they couldn’t do well. Tell them to think about what it was like when they first started to learn to write, play an instrument, ride a bike, or swim. They were slow and made mistakes, but with practice their brain built stronger and stronger connections until the mental or physical skill became automatic.

Children will build different types of skills or knowledge at a different rate than others, but there is no doubt that they can change their brain and reach their goals by practice. Each time you practice or use the knowledge or skill it becomes stronger until practice makes permanent!

How to Get Kids to Focus
A Gift Parents Can Give Children that Money Can’t Buy
Screen Time Literally Changes Preschoolers' Brains, According to a New Research
advertisement

How to Get Kids to Focus
A Gift Parents Can Give Children that Money Can’t Buy
Screen Time Literally Changes Preschoolers' Brains, According to a New Research