He's not the man I married. 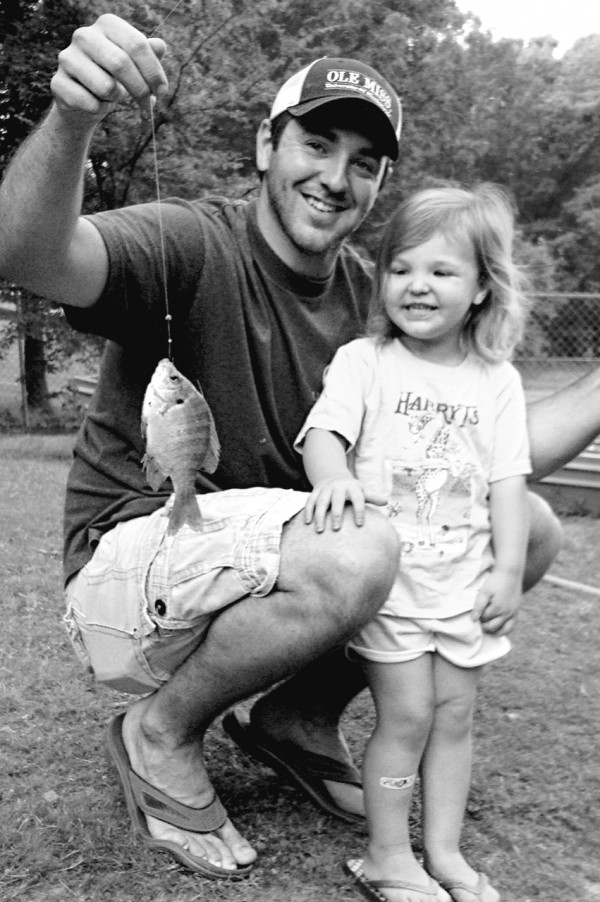 He’s not the man I married.

I am not the woman he married.

We are far from the same two people who said I do over 9 years ago.

You hear it said, and you know in the back of your head it’s true, but it doesn’t seem to come to light until it happens to you. My life changed on September 26th, 2010 when I laid eyes on my beautiful baby girl. Love I never knew was possible came flooding into my heart. Love for her – and for the man that helped me bring her into the world. Together we made this little being that was feisty, sassy, and oh so beautiful. I met another side of my husband that day that I didn’t know was there.

He turned into more of a man the day he became a father. He’s always had a protective spirit with me while we were dating and through those first years of marriage – maybe it was male intuition or the marine corps, but either way, he assumed that role as our family protector very early on. I love that about him. When she came into the world, that protective nature kicked into high gear and it made my heart swoon. I know he would give anything to protect her and make sure she knows she is safe and loved. Some days that means carrying her around the house, other days it’s wrestling in the floor.

When our son was born, I saw the pride and joy that my husband had for his namesake. I heard him talk to our son about hunting, baseball, and all of the things little boys and their daddies like to do. I could see the excitement in my husband’s eyes knowing he would have a buddy for life. I could see all of this in this man I married. But I hadn’t seen it before. It was new. It was wonderful.

My mom has said before that she and my sister grew up together because she was young when she had her. At 19 I suppose that’s true. But even at 24, having a new baby brought a new adventure and I quickly learned I had some growing up to do myself. It was no longer about me and making sure all my needs were met – it was about her. Babies do that to us – remind us where we need to place ourselves. Mine brought out a humbleness in me that I deeply needed. One that made me “grow up”. I don’t know that I realized then exactly that it was happening, but looking back over the last 5.5 years – I can see the changes that have taken place in both my husband and myself.

While we have both changed, both matured, and both stretched our hearts to lengths unknown, we have worked to do this together. No, we are not the same two people who met 13 years ago. Yes we are in a season of life where kids sort of take over most moments of the day, but we still try to find time for us. The new us. The us that enjoys finding a hole in the wall restaurant with exceptionally good food on date night. The us that enjoys a redbox movie night on the couch. The us that loves to listen to music and go to concerts. The us that just looks a bit different from the old us.

Yes we are different. Yes we have changed along the way. Thank the good Lord that we are not the same.

He is not the man I married. He is so much more.

He Stayed While I Loved Her More
'You're too young to get married,' they said to me.
Dating as Adults
advertisement

He Stayed While I Loved Her More
'You're too young to get married,' they said to me.
Dating as Adults