Here's to Hoping My Kids Go to College in the Fall

Published by Francie Arenson Dickman on May 8, 2020

Here's to Hoping My Kids Go to College in the Fall

“Wait, this is that stew?” My daughter said a few nights ago. For one of our quarantine dinners, my husband doctored a tasteless batch of beef stew I’d made a few months ago and froze.

A fair question. “I don’t know…in case there was a pandemic a few months later?”

I’m still laughing. I made the bad stew back when I thought my biggest issue of 2020 was going to be grappling with my (only) children’s departures for college in the fall. As a way of really soaking in my last months as a mother of a full nest, I decided to spend more time in it. The irony is astounding. I can’t figure out if this pandemic is God’s way of telling me to be careful what I wish for or giving me exactly what I need. Either way, I’ve been sheltering in place since January.

In January, instead of writing every day at a coffee shop, I began to write from my bed, tucked between a heating pad and a weighted blanket. I also began to cook. My kids came home from school to me standing in the kitchen, in the same sweats I was wearing when they’d left (an anomaly back then), ready to serve elaborate dinners. Chicken Marsala. Balsamic meatballs. The aforementioned bad beef stew.

My family probably attributed my idiosyncratic behavior to hibernation. Or maybe politically-induced depression. Nobody would’ve guessed that I was nesting. Why would they? I’ve never been a nester. I hate cooking. Or baking. Or dealing with decor. The smudges I leave on my kitchen counter and the chaos of my Tupperware drawer horrify my mother. These are domestic details I’ve never seen.

As long as everything was in enough order for me to bolt out of the house when my kids left for school, I was good. Getting out of the house gave me the structure (and caffeine) to write productively. Beyond that, my routine allowed me a mental loophole by which I was able to avoid considering myself a stay-at-home mom. You could hurl a lot of names at me, but not many touched a nerve as much as stay-at-home mother. I’m a byproduct of second-wave feminism, brought up to believe that by not working outside my home I was letting down girls everywhere (the two in my house in particular), and flying in the face of everything we’ve been fighting for.

So, for the past 18 years, I’ve fought the title tooth and nail by getting up, getting dressed and getting out. Professionally, I suppose the effort paid off. But personally, wasn’t I just waging a war of semantics? We had no nanny, my husband travelled weekly for work. Anyway you slice it, I was the boots on the ground, the primary caregiver, the schedule coordinator, the meal provider, the bearer of wash loads and mental loads, and by no means the breadwinner. How is that not synonymous with stay-at-home mom?

So wasn’t it time I set aside preconceived notions—societal constructs—of what it means to be a feminist and what success is, and own that title? Own that for all these years I was not only in the trenches but grateful for being in them? I wasn’t making up for lost time with my happy homemaker behavior—I was embracing my role. The first time the beef stew circulated around our kitchen island, I believed my nest was about to empty in one fell swoop, and I’d be damned if as the mother, I wasn’t going out with a bang.

My kids, too, were going out with a bang. The conversations that circulated with the stew (aside from “please don’t make this again”) were future focused. My daughters said things like, “I’m not having kids until I build a career.” They talked about being screenwriters, taking gap years in Israel. They wanted to live “big lives” and I knew as they spoke, they were contrasting themselves with their mother, the way I contrasted myself with mine, the way daughters have contrasted themselves with mothers through the ages.

Though my girls didn’t specifically define “big”, they seemed to give literal interpretation to Dr. Seuss’ “Oh the Places You’ll Go,” and assume a direct correlation between distance travelled and ambitions achieved. You can’t teach teenagers that a big life does not demand grand gesture.

When I was 20, I decided I was going to be a global entrepreneur. My professor was predicting the opening of China to capitalism. Well, if this wasn’t a way to to make my mark. To make millions. I, like Free to Be You and Me’s Atalanta would be an independent adventurer. Maybe I’d marry. Maybe I wouldn’t. Maybe I’d have kids. Maybe I wouldn’t. To this end, I enrolled in Chinese (Ne how ma) and an abroad program to Beijing. I’d leave that June with my own antibiotics, as instructed. And my own rolls of toilet paper due, ironically, to a shortage in China.

“What the hell are you thinking,” my father told me. “You can’t go there.”

I didn’t listen. I was going to live a big life, do big things. Only then, in April, the Tiananmen Square protests began. The massacre itself occurred on the day before my plane was to have touched down, and I, instead, found myself at home in Chicago for the summer, studying for the LSAT. The first reshaping of my definition of “big.” Big, it turns out, is a relative term and what constitutes a “big life” morphs, like everything else, as we change and as life itself intervenes.

As, for example, a global pandemic strikes weeks before graduation. As I served the stew the second time around, “big” meant simply being able to leave the house. How, my girls wonder, can they live a big life if they can’t get out of the gate? I feel for them. Whereas the idea of them leaving for college once saddened me, the possibility that they will not be able to do so upsets me far more. But, I also know that it’s who, not where, they are that will determine the bigness of their lives.

Eventually, the mandated nesting will end and we’ll get back to the business of living. I dream now of all that I’m going to do. Like return to the coffee shop. I dream for my girls, as well. Maybe they’ll become screenwriters. Maybe they won’t. Maybe they’ll marry. Maybe they won’t. But if they’re lucky, one day they, too, will be mothers. They’ll see then that sometimes you stay at home, no order needed, specifically to do big things.

And sometimes you stay home simply because you just don’t want to leave.

As published in Motherwell Magazine, May 2020. 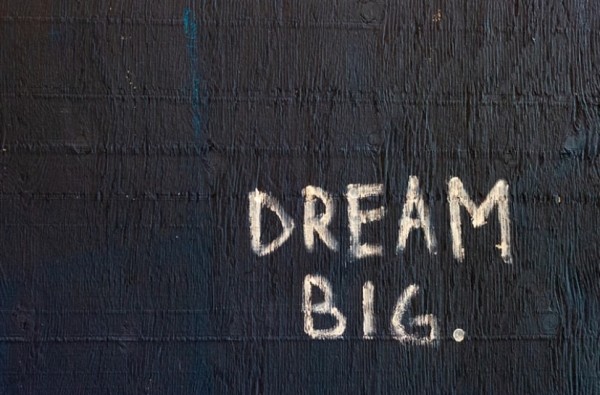