"What if I don't want her?" I cried and pleaded with my husband, when, at 39 weeks pregnant, I panicked about having a baby that I wasn't sure I wanted. My husband took me by the shoulders, looked into my eyes and said, “Your mom will take her. It’s OK.”

We had planned for this baby, gotten pregnant quickly, and had a relatively easy pregnancy. I had decorated the nursery, gotten all the gear, and had planned to take a year off work to stay home with the baby. But there was something that terrified me about giving up my life for the next 18 years. And that feeling of terror, and of a loss of control, wasn’t new to me.

When I was 21 years old, I had a nervous breakdown while studying abroad. After months of solitude in a foreign country, the latent demons in my mind reared their ugly heads, until thoughts of self harm rendered me useless, trapped in my apartment. My sister brought me home, and three months, many visits with a psychiatrist, and a prescription for Prozac later, I was on my way to recovery.

Seven years later, I stopped Prozac when we decided to try for a baby, under my psychiatrist’s guidance. So it shouldn’t have come as a surprise when my feelings about the baby were less than the pink, fluffy feelings that expectant parents are supposed to feel. Instead, I felt numb and fearful about the change that was about to take place.

After delivery, all I wanted was for her to be whisked away to the nursery so I could go to sleep. Later, when we came home, I struggled as our lives were taken over by a 7-pound newborn who refused a bottle and would, like clockwork, start screaming every day around 7 p.m. until, at 1 a.m., she’d finally succumb to sleep.

Let me be clear: I loved my daughter from the outset; I just didn’t love being a mother. When I would pick her up out of her crib in the morning and she’d look at me with her big, blue eyes and that toothless smile, I’d think to myself, “It’s a good thing you are so cute.” 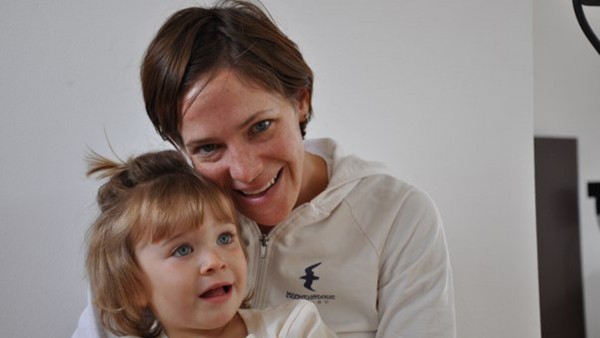 In my own way, I tried to regain control. I restricted my eating and started exercising obsessively. I would eat nothing but a glass of soy milk, hand the baby to my husband as soon as he walked in the door, and get to the gym. In unconscious ways, I felt that if I could control my body, maybe my life would feel under control again.

I strove for perfection in “acceptable” ways, too. I committed to solely breastfeeding my daughter, making her purees by hand, and taking her to baby sign language classes. I thought that succeeding in those areas would fulfill me, and make me feel better. They didn’t.

My demons came out in other ways. My marriage suffered, and my husband bore the brunt of my anger. Our relationship had been placid before our daughter arrived, but that all changed. I likened myself to a Medusa, where every one of her evil heads was screaming at my husband. Somehow, I felt that if he could just do more, I would feel better. But he couldn’t do more — he worked full time and was already doing as much as he could, waking up with me for every feeding, wearing her in the Bjorn while taking conference calls, and taking her from me when her nightly crying jags became impossible to bear. But it wasn’t enough: I needed him to feel the depth of my despair, and he simply couldn’t.

What I didn’t know at the time was that my anxiety and depression, coupled with all the hormonal changes that occur during and after pregnancy, along with a lack of sleep and a totally new life that was led by someone other than myself, had wreaked havoc on my mental state.

It wasn’t until I started seeing a therapist again regularly that I realized how depressed I had been. When I became pregnant with my second child, a boy, I knew that weekly therapy was a must, and that regular exercise and a routine would allow me to feel somewhat in control and maintain my mental balance.

Years later, my husband and I have two kids, who, at 10 and 8, are perfectly imperfect. They fight, they refuse to brush their teeth, and they give the best hugs. Sometimes, I find myself looking at them and wondering, “Should I have another baby?” Because maybe this time, knowing what I know about my mental health, I would do it right. 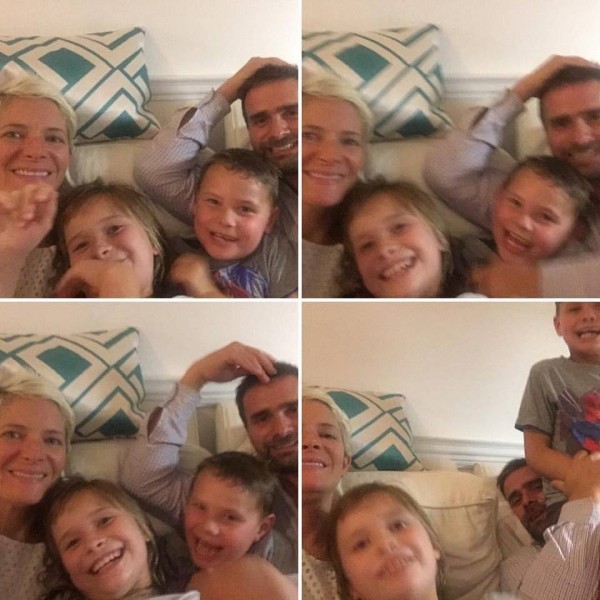 I would prepare for the postpartum depression, and have the tools to navigate my way through it, and I would feel all those fluffy feelings right away, like I was supposed to. I would read the blogs and watch the videos about women who’ve battled PPD, and I would know what to expect, and how to cope. I wouldn’t stop working, because I know now that work is something that I need to feel successful and whole. And I would know that not doing it right is part of the whole experience. None of us do it right. But because of what we know now, and because of the internet, we can do it together, and not feel so alone in our feelings of failure and desperation.

A friend of mine just had a baby. She texted me and said, “I’m deep in baby bliss.” I wish I had felt that way when my babies were born, but I didn’t. And that’s OK. With the help of mental health professionals, medicine, and a steady work/life balance, I feel close to blissful now. 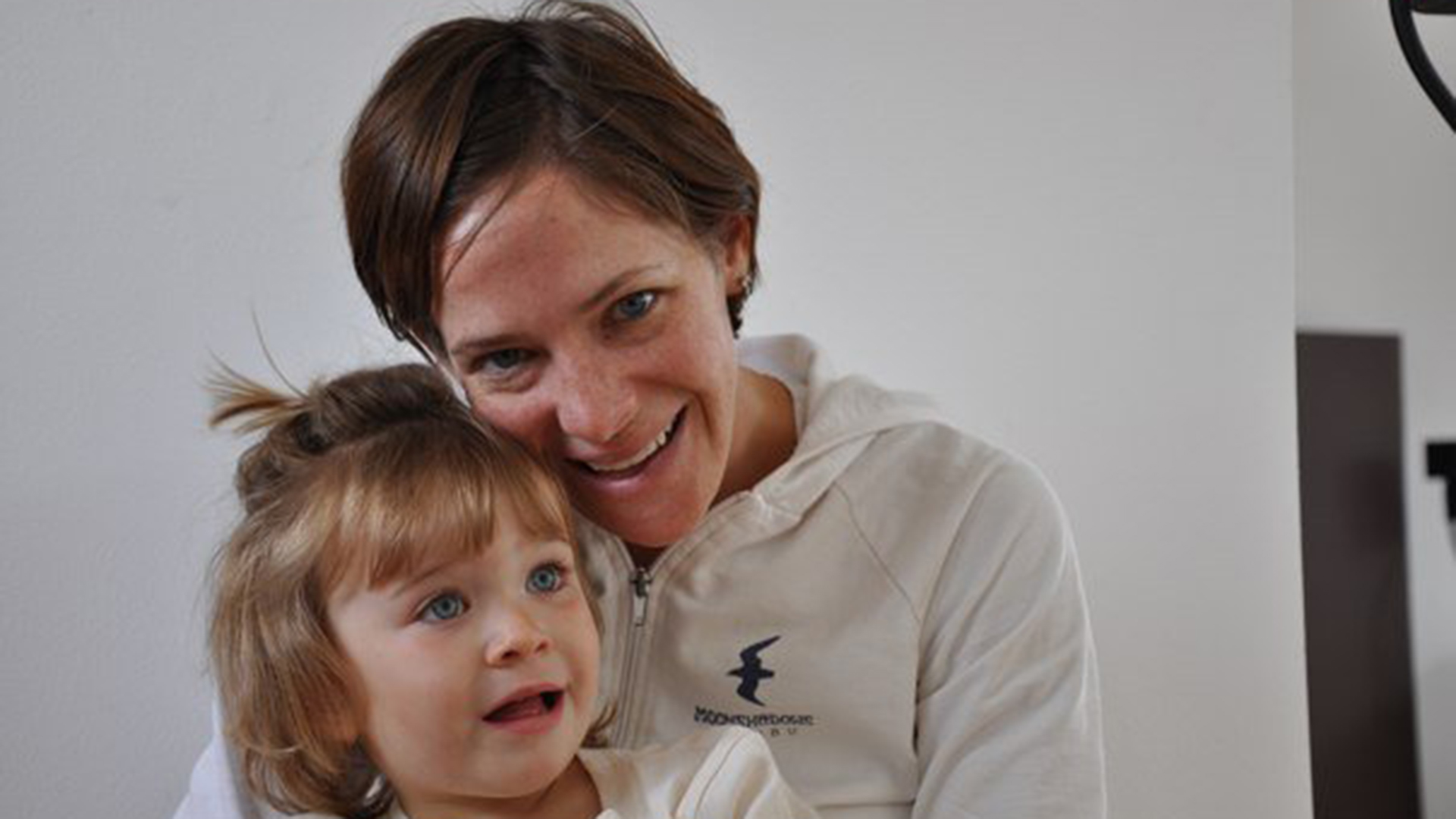 Editor, mother, wife, lover of shoes. I spend my days looking at the Internet--that's what my kids think, at least.

15 Struggles Moms Face With Postpartum Anxiety & Depression
I Got Devestating News but I Had No Clue There Was A Name for It...
To the new mom that didn't feel the joy right away: I didn't either
advertisement

15 Struggles Moms Face With Postpartum Anxiety & Depression
I Got Devestating News but I Had No Clue There Was A Name for It...
To the new mom that didn't feel the joy right away: I didn't either