Her one deficit is believing that she isn't enough 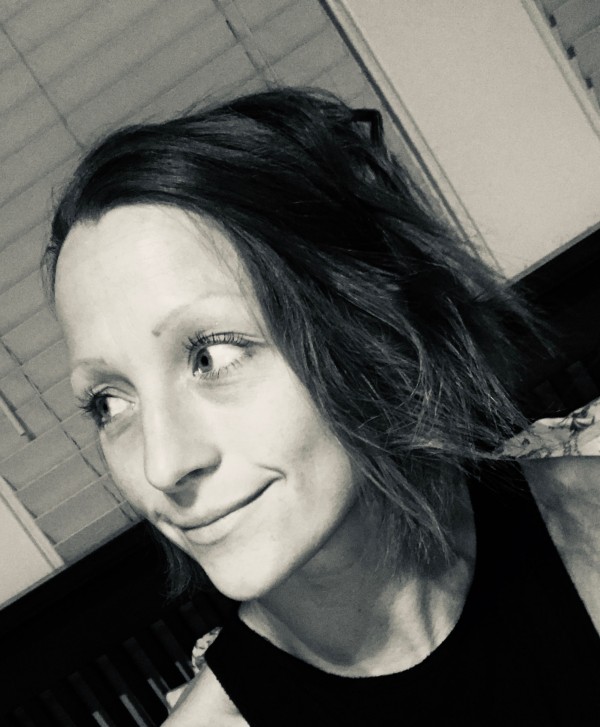 She wakes up to feelings of inadequacy.

She questions her strength.

She ponders her faith.

She worries that her children deserve better.

She fears that her husband does too.

Better than a mother who isn't perfect.

Better than a mother who makes the same mistakes over and over again.

Better than a wife who is a mess and who can't keep the house from becoming one no matter how hard she tries (and, at times, she doesn't even try).

She wakes up to feelings of inadequacy because she's always held such high expectations for herself, as well as for motherhood and marriage.

And, having such high expectations generally serves her well, motivating and inspiring her to be a better woman, human and example for children.

But, on the more challenging days, on the days when anxiety and guilt won't escape her being, she feels a bit "less than."

and that's more than enough reason to flip the bird at self-doubt and keep flying like a determined motherfudger towards an authentic, but improved and freer version of herself.

A woman who issues grace.

A woman who seeks grace.

A woman who is grace.

She wakes up feeling inadequate, but because she is anything but, you never question your worth or her love for you.

She wakes up feeling inadequate, but because she is anything but, maybe you could remind her of that?

You see, she wakes up feeling inadequate because a busy life can do that to a person and an active person's mind, it can be a beast.

Make sure she hears you when you avow that her worst is better than most people's best and that her best rivals no other.

She wakes up to feelings of inadequacy because she wants to be perfect.

Perfect in the eyes of society.

If she could only understand that her one deficit is believing that she isn't enough, as is.

If she only knew that, as is, she's who you

thank God for each day.