Published by Jennifer Swartvagher on April 15, 2020

He should be at a track meet.

Instead he runs up and down the hill in front of our house. It's his last track season ever. Cross country has his heart, but Steeple is a close second. Watching him soar through the air as he clears the water jump is exhilarating. I catch a glimpse of him as he pauses in front of our mailbox before he runs another lap around the block. 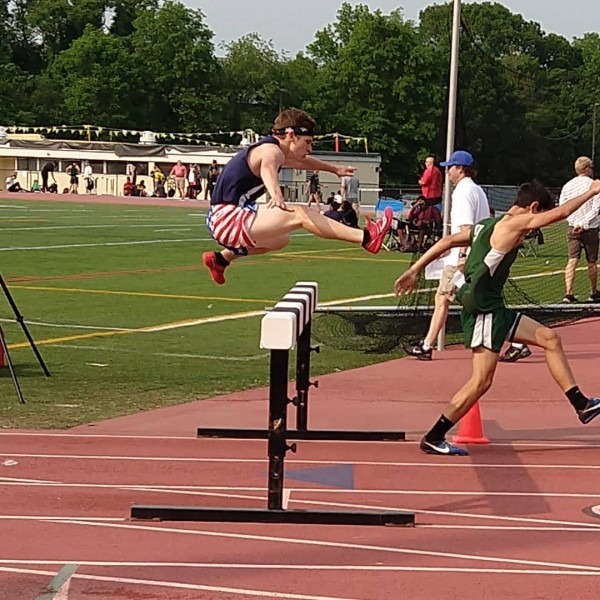 He should be enjoying the last few months of his senior year.

Instead, he is logging more hours on his laptop than ever before. I have always joked that he floats on a "bubble of awesomeness" through the hallways of his high school. He's always been the kid that every teacher (even the ones who never had him) know by name. Now, he attends virtual classes and jokes with his friends online. It’s not the senior year he imagined, but he’s finishing strong.

He should be at practice.

Instead he is working out with his teammates virtually. His phone is propped up on the fireplace while he is doing push-ups on the living room floor. Each of his friends are doing the same. I can see them all in their own little square on his screen. He doesn't take his responsibility as team captain lightly. He is a mentor, a leader, a fan and a brother. The bonds between these young men are strong.

He should be at the prom.

Instead I'll invite him to dance in the living room. He always said he'd rather take me to the movies and eat Milk Duds instead of getting dressed up in a tux. I guess that wish will come true, except the movie will be On-Demand.

He should be at graduation.

Instead, his cap and gown will hang in the closet. The tassels from the honor societies were probably not even ordered before school let out. His awards won't be announced in front of his peers, but we don't need a piece of paper to prove how proud we are of him.

He should be caught up in the magic of turning 18 and getting ready to move away.

Instead, I get a few extra weeks that I didn't expect to have with my senior. We get to stay home together and I'm loving every minute of it. I don’t take for granted all of the extra board games, movie nights and family dinners we are sharing.

Senior year may have been cut short, but the memories we are making now will be with me long after I drive away from his college campus this fall.

Dear Preschool teacher
You asked, so I'll tell you: I'm not OK
We MUST be intentional about the example we are setting for our children
advertisement

Dear Preschool teacher
You asked, so I'll tell you: I'm not OK
We MUST be intentional about the example we are setting for our children