I know the rest of the country celebrates the new year on January, But I celebrate it usually on a hot day in September. The First Day of School is My New Year. To me, that is a time full of new beginnings and everyone is starting new routines- That’s when many of my “New Year’s Resolutions” start! 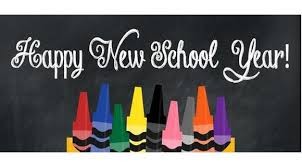 My number one resolution is to eat better. Not necessarily to lose weight , but after a summer of eating on the run with too many hot dogs and ice cream cones I want to fuel my body with healthier foods. I’ve also set goals to becoming more organized and to finish up a few projects around the house that I simply never seem to get around to doing. I decided that I I don’t want to just feed my body, I want to feed my brain, as well. I started doing some research and found some great tips from Wellness Living Expert and author Jaya Jaya Myra.

1. Walnuts - Walnuts are a superfood for improving brainpower and cognitive function. This is in part due to its high levels of DHA, an omega-3 fatty acid. They even look like little brains! Not only can walnuts improve cognitive function and memory in both adults and children, they can also prevent age-related cognitive decline.

2. Turmeric with black pepper - turmeric is a powerful anti-inflammatory food, especially when consumed with black pepper with drastically increases its bio-availability. Decreasing inflammation in the body can help get rid of aches and pains, and also improve mood, which makes us more productive. It has even been shown to improve memory in people with Alzheimer’s and may help clear amyloid plaques caused by the disease. Curcumin, the active ingredient in turmeric also boosts brain derived neurotrophic factor (BDNF), a growth hormone that helps brain cells to grow.

3. Dark Chocolate - Chocolate lovers, you now have an added reason to love this superfood! Dark chocolate contains flavonoids that may enhance memory and prevent cognitive decline.

4. Green Tea - Green tea is rich in polyphenols and antioxidants that can improve memory and reduce cognitive decline. The theanine can also help you relax and focus more easily.

I loved this list mainly because I loved everything on it, plus it encourages me to eat chocolate! The fact that I can eat some of my favorite food while boosting my brain is a total win-win!

Worst Foods for Brainpower and Productivity

1. Sugary drinks (soda, energy drinks) - can cause an increase in brain inflammation, which can reduce memory. Other studies have shown how sugar can reduce the formation of neurons in the brain, and reduce brain function, learning and memory.

2. Aspartame - Many people trying to lose weight use aspartame as a sugar substitute, but the phenylalanine in it may disrupt the function of neurotransmitters in the brain, and increase the brains vulnerability to oxidative stress, which can impact learning and memory.

3. Alcohol - When taken in excess, even if only occasionally, alcohol can have detrimental effects on the brain. It's been shown to disrupt neurotransmitters in the brain and reduce brain volume, lowering memory and cognitive functions. The effects of alcohol on a teenager’s brain can be even more drastic, leading to changes and abnormalities in the brains structure, function and or behavior.

This list had me frowns a little bit. I was okay with the soda and the aspartame, but I did a double take on the alcohol. I think that dark chocolate goes perfectly with red wine. However, I took solace int eh fact that she said “ in excess” and think that a small glass (6 ounces or so ) a few times a week isn’t excessive. Right?

Following these tips to make sure I eat super-foods that will fuel my brain as I make sure to eat lots of other healthy choices will certainly help me feel better. I'm excited to start our new routines. They will include some of the projects I have put off like finally paining the mudroom and adding shelves and hooks for our stuff to help keep things organized. It's the start of a new year, and new beginnings!

A Gift Parents Can Give Children that Money Can’t Buy
What to do about Football – Parents Tackle the Problem of Brain Injury
Smartphones During Homework? Multitasking Do’s and Don’ts
advertisement

A Gift Parents Can Give Children that Money Can’t Buy
What to do about Football – Parents Tackle the Problem of Brain Injury
Smartphones During Homework? Multitasking Do’s and Don’ts