Handling Stress and Anxiety Around Those You Love

Published by Brooke Greenwald on November 17, 2017

Being a parent is a hard job. Being a parent in a place like Puerto Rico after a hurricane is an even harder one. Stress and anxiety about the future are likely to set in and they can impact everyone in a family. Controlling it is not the easiest thing to do – sometimes it just happens and is as simple as that. Other times, it can be situational. And still other times, it can be as a result of a true chemical imbalance in the body.

Not every parent wishes to take prescriptions which change their personalities significantly to help their stress and anxiety, especially when it is a chronic problem. However, the impact of that stress and anxiety on the entire family is always present. People across the world have opted to try alternative healing methods for their medical issues. Long before medical marijuana use was legal in many states, it was a commonly used solution for quite a number of medical issues – from chronic pain to stress and anxiety to the resulting issues related to cancer treatments – and more.

While the political take on medical marijuana has changed, the uses and reasons for them are still the same. Those with chronic medical conditions may be helped considerably by the appropriate and proper use of this holistic drug. Obviously, it is something that must be properly prescribed, depending on your chronic condition, and controlled by those who understand and know how to use it. That said, I thought it would be interesting to take a look at what is happening in Puerto Rico in this space – post hurricane.

The trifecta of hurricanes that hit Puerto Rico did significant damage to the Island, and of course, to the people living on it. While many were lucky to evacuate, those that remained there were put in untenable positions by Mother Nature. As a result and understanding the amount of stress, anxiety, tension, and illnesses faced on this Island, the Puerto Rican Government has recently lifted some of the rules regarding Medical Marijuana cards, in an attempt to not only help those with chronic conditions, but also because they know and understand that this business will contribute significantly to the rebuilding of Puerto Rico.

TropiZen, for example, is one of the medical marijuana companies on the Island. While their damage was minimal, they have recently had their space inspected and are estimating to be later this year. Their dispensary, called Encanna, will open shortly after that. Committed to the rebuilding and regrowth of Puerto Rico, they have been bringing supplies back to the Island from Florida (and other cities) since the storm subsided. Their CEO, Jay Meistrell, issued a mandate to his team that “nothing less than helping to rebuild Puerto Rico will meet his expectations and that it includes helping those in need, in any way they can.” While his company was team before, now they are a family.

Other companies are doing the same. Bringing Puerto Rico back to being the Shining Star it was known to be is something we all share responsibility for. Helping those in need is something that we, as parents, siblings, relatives, and friends, need to participate in, however we are able to do so. If there is one thing we have all learned from this experience, it is that we can do many things to control our chronic conditions, but that the impact on those around us is omnipresent. When we do what we can to help those in need, we reduce our own stress and anxiety, and set a solid example for our children, our friends, and those around us. 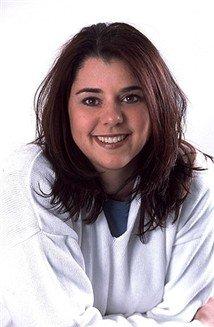 Ms. Greenwald is the President of Cornerstone Communications, LTD, a marketing and public relations firm, founded over two decades ago. As an award-winning public relations, marketing and content professional, Ms. Greenwald has written for dozens of publications, created content for many of today’s most recognizable companies and their brands, created and implemented major public relations campaigns, and worked for some of the largest news organizations in existence today. Greenwald is a former journalist and has worked inside most of the major news networks. When not at work, Ms. Greenwald enjoys community-building, volunteering, and giving back to others.

What It Means When a Child Has Special Needs
Are There Any Benefits to Parents by Taking CBD Oil?
Almost Like Praying for Puerto Rico! Tostones with Mojito Dip & Maduros!
advertisement

What It Means When a Child Has Special Needs
Are There Any Benefits to Parents by Taking CBD Oil?
Almost Like Praying for Puerto Rico! Tostones with Mojito Dip & Maduros!