While yelling at my kids the other day to get off electronics and find something productive to do, I came across a video during my 37th scroll of Facebook. The video was of a honey bee whom had accidentally fallen and was covered in honey.

When the beekeeper placed the bee at the entrance of the hive, the other worker bees immediately began cleaning their friend without hesitation. Each took a section and went to work. One cleaned the face, two worked on the wings and another started cleaning the body until the bee was back to normal and could fly again.

As someone born lacking coordination, I was intrigued by these honey bees and their willingness to help a clumsy friend. I thought to myself what a great metaphor for the type of friendships we should all have. This led to an hour long reading session about honey bees. It turns out honey bees haven't caught on to the idea of democracy, are tricked into submission by the queen bee and in all honesty, a little shady. Basically, they play a game of eeny, meeny, miny, moe to find a leader, feed some royal jelly to the winning egg and poof a queen bee is born. The queen bee rises to power, without qualifications and having never even submitted a resume. She immediately starts casting some type of hormone spell to keep the worker bees in line, which also happens to make them infertile. When her hormone powers start declining, they kick her to the curb and make a new queen. I have come across a few honey bee friends over the years, definitely not the kind of friends a girl wants around.

I yelled up to my kids to make sure they weren't wasting their time on electronics and settled in for another hour, on my phone, searching the social hierarchy of the animal kingdom. Low and behold, I found my metaphorical posse.

Elephant parades are comprised of female members. They have a matriarch but she is not self-appointed, voted in or haphazardly chosen. The parade members push her into leadership because she is respected for her wisdom and knowledge. She has proven overtime that she can be trusted to make wise decisions. Like any strong leader, she is always accepting of suggestions from parade members, even from the youngest elephants. Each member has a unique personality that contributes to the protection and success of the parade. They cooperate and work together for survival. This includes anything from providing defense to protect the group from danger, to sharing responsibility in caring for any or all young calves of the group. Elephants grieve when a parade member dies and have the capacity for empathy. They also remember and recognize one another upon being reunited, after living apart for long periods of time.

If there is one thing I am sure of, it is the importance of strong friendships. Just like the elephants, my parade is filled with an eclectic group of women. Some are family, some I share a name with, many are friendships that were formed long ago but we still recognize our connections when we reunite. One even attends drive-thru confession during quarantine and I would be lying if I said I wasn’t planning to drop her name when I arrive to the pearly gates. I'm sorry God, could you check that list again? SH is part of my parade, she attended drive thru confession during quarantine." I have never attended confession but if I can confess my sins the same way I order a cheeseburger, I may be willing to give it a try one day.

They are as different and unique as night and day, but like night and day, they compliment each other perfectly. They deserve to be celebrated when their suns rise and when their suns set. I have always believed that each person is born with a gift or an insight to be shared with the world. Sometimes that gift takes patience and trust before it can be revealed. Just like the time it takes for the wisdom and trust of an elephant matriarch to be proven before she begins her leadership.

It is said "everyone has a friend during each stage of life but only lucky ones have the same friend in all stages in life". Of all my parade members, there is one that has spent more time standing inside, than outside of it. We may have even spent some time together in a hive, hanging with some honey bees. For whatever reason, a sister was not in the cards for me but instead, I was sent a soul sister.

My soul sister and I share in an ability to make inappropriate jokes during uncomfortable situations and we both share in the pain hiding just beneath that coping mechanism. A person willing to stand with you to watch your sun rise but also stick around after it sets. Sharing pain is the most selfless act of any friend. Finding one that can also make you laugh while you endure it, is a friendship you never loosen your grip from.

Wherever life takes you, be sure to find your parade. Fill it with people willing to protect you, provide support and make you laugh through the tough times. If you are lucky enough to find one, be sure to include a kindred spirit with a willingness to help dig a grave in a moment's notice, without asking any questions.

But please, for the love of God, stay away from the honey bees. 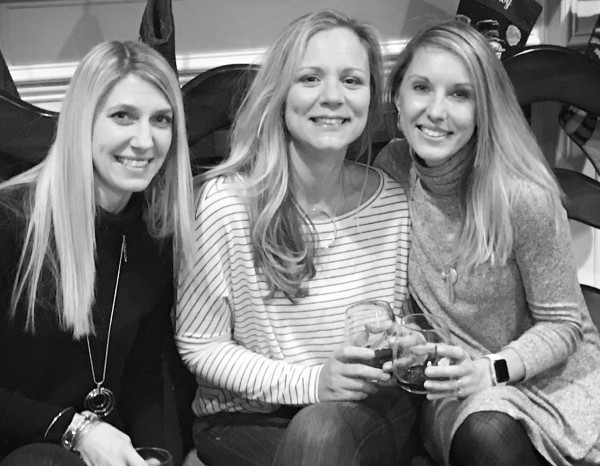