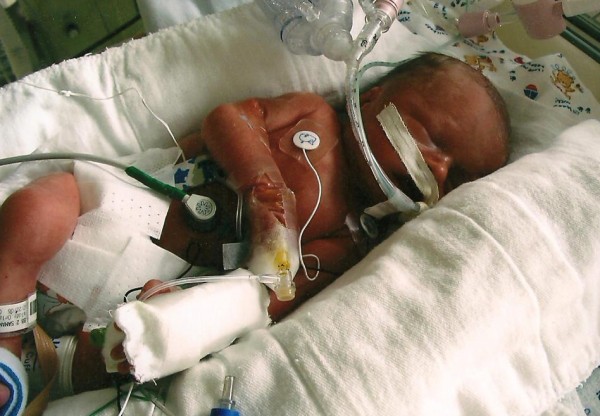 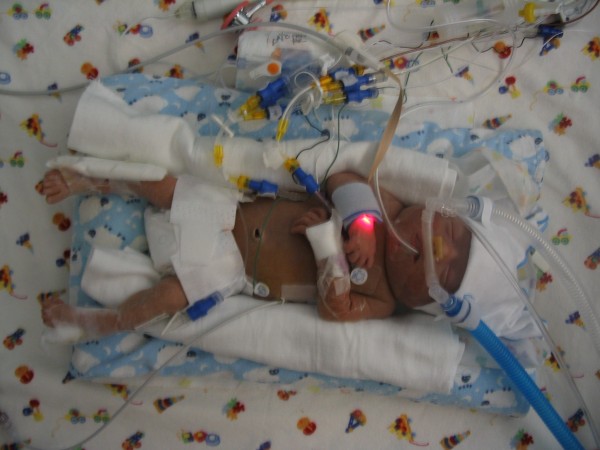 29 weeks Pregnant. 2:00 AM. December 22, 2006. No warning, no pains, no signs. I woke my husband, Bill, after going to the bathroom and noticed pink. He called my mom to come sit with our then almost 2 year old, so we could go get "checked" at the hospital. By the time Bill started the car and came back in the house I was standing at the table and said "Somethings coming". in the bathroom, laid me on the floor, grabbed the phone dialed 911 sat the phone on the toilet, ( "its too early") Bill delivered a baby, cleaned out his mouth, made him cry, and then picked up the phone to talk to dispatch about what just happened and what to do next. After tying off the umbilical chord- with chums off some work safety glasses, ambulance was on the way (a volunteer department) Bill told the dispatch "there's another one, she's having twins!" Baby A gets wrapped in a hand towel and placed on my stomach. Preparing to deliver Baby B. trying to fit in my very small bathroom, ambulance crew standing in the bathtub and straddling the toilet, my head in the hallway, and a woman delivering, Baby B was coming elbows first. She had to push him back inside, and pull him out. Two Babies born at home on the bathroom floor, one delivered by dad, were loaded in ambulance with mom and rushed to the nearest hospital. As I was being wheeled through the emergency room I strongly recall seeing and hearing a doctor say "why in the hell did you bring them here?" nearest hospital does not have a NICU. Once stable enough, they took Baby A first to Utah Valley Regional NICU. about 6 hours later, Baby B. I was held a few hours longer, then discharged to go see my babies (and at the time, I believe my doctor let me leave to say our goodbyes). Baby A, weighed in at 3 lbs 5 oz and 15 inches long. Hayden, who struggled with too much blood in his system the first couple days, but was off the ventilator after 3 days, and off the feeding tube soon after. He was a fighter from day one and came home after 42 days in the NICU. Baby B, Tayte, weighed 2 lbs 11 oz and 15 inches long. He had other plans for us. At two days old (on Christmas Eve) we were told he has Down's Syndrome. Unexpected. Shock. Tayte's little body was not working like it should and they lifeflighted him to Primary Childrens Medical Center where he needed surgery. His body retained too much water and at 2 weeks he weighed over 6 pounds (water/fluid weight). His skin was literally tearing, he was bruised black and blue all over, not expected to make it. after multiple surgeries and procedures (nissen, G-tube, Tracheotomy, to name a few), and life flights back and forth from Nicu's, over 5 1/2 months he came home. With the nature of their birth, the NICU circumstances, my husband dubbed the twins "Fast and Furious" and in the NICU, that's what they were known as. Being a NICU parent, its a whole new world that only those who have been in it, can understand. For us, Having one baby do so well and fly off the charts, and the other baby have some major low, lows... is unexplainable. Luckily, today... our NICU Babies are almost 11 and healthy and happy and some very strong boys. 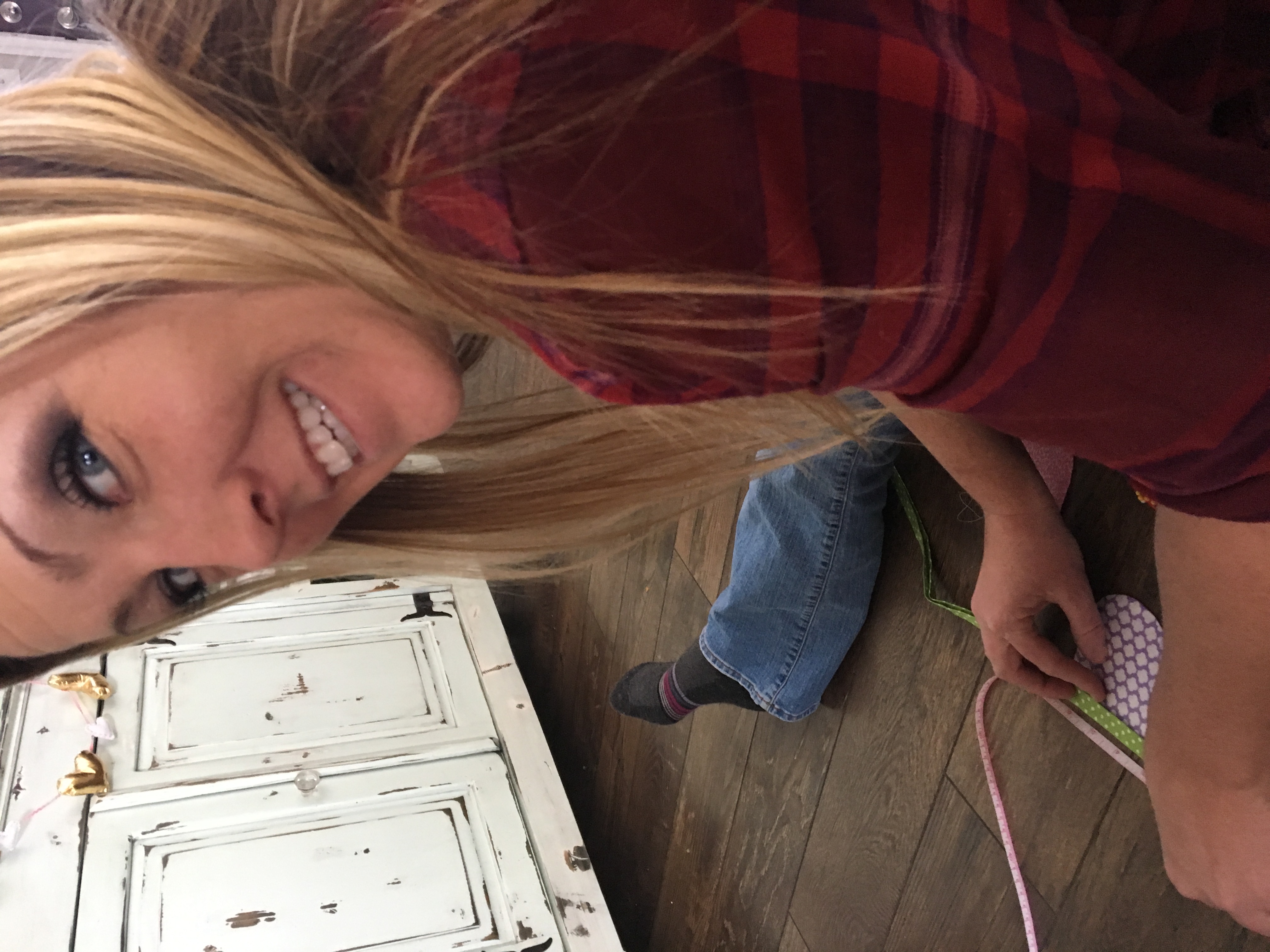 Married, mother of 5, finding good in every day.

When Only One Twin is in the NICU
Long Road
Hunter, One Ounce at a Time
advertisement

When Only One Twin is in the NICU
Long Road
Hunter, One Ounce at a Time