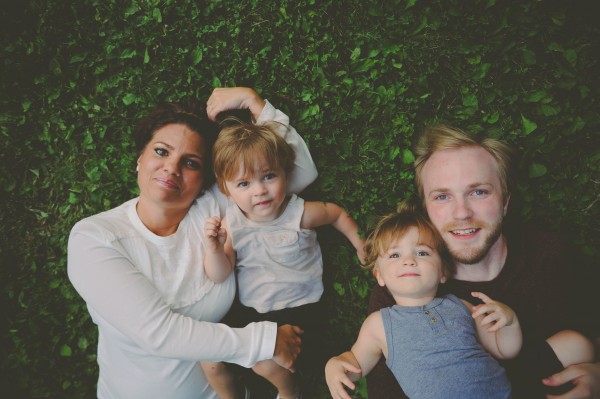 So I wrote a blog. I've been writing them for a year now. You know, with all my free time whilst I raise twin toddlers. I occasionally sit down between cooking meals, changing diapers, doing laundry, cleaning toilets, not sleeping, etc... and throw together some ramblings about my short comings. My mental illness, former addiction, parental failings, sin in my life, you name it. That’s what I do. I am an open book. I’m not actually whining, contrary to what some might think. I’m just not ashamed. I’m not afraid to be transparent. I just share who I am, faults and all.

Two weeks ago I was tired and frustrated with all the continually and sometimes judgmental and contradictory rules of parenting and my own inability to keep up. So I finally chose to write about it. And most people got it. Most.

RELATED POST: Excuse Me While I Lather My Child in This Toxic Death Cream

And then there were the select few. That fine group of adults, men and women, who did not. Who either did not read it at all, or glossed over the article and decided that by simply reading the title, I was the enemy. And suddenly there we were. On the battlefield. Weapons drawn. Them with their scientific charts and their cannons loaded with guilt and shame. Some even hatred. And me. Four days un-showered, without pants on. Covered in mystery toddler jam. You parents know the stuff I’m talking about.

Give me break, folks. It’s called satire. One of the ways I cope with the ridiculousness of life is humor. I shouldn’t even be alive. I am a recovered addict and an assault survivor. I use incredibly dry, sarcastic humor. If you cannot understand that, you will not understand my writing. That’s why it’s a blog. I’m not Dr. Phil. Or Science Daily. My outlets used to be drugs, alcohol, and self-loathing. I feel like I’ve moved up significantly in the world.

No wonder our country has the substance abuse, mental health, hate, you name it problem that it does.

Within the first 24 hours someone told me to kill myself. Yes. My blog, supposedly on sunscreen mind you, was so upsetting that someone felt the need to tell me, someone with a mental illness, to kill myself. I was also told I should have aborted my children. More than once. These were not the only hate messages I received.

I included our family photo because I thought maybe, just maybe, putting some faces to the hate messages might actually help some of you think before you type. I don't know. I guess it can feel pretty safe behind a keyboard and a monitor when your are spreading hate. I will never understand that but I will not let it deter me from being a voice of love.

I have barley slept. But I have not deleted one single post from my blog, or responded in anger, because I believe people have the right to their opinions. And also because when someone tells me to shut up about something and then over 2 million people say thank you and please keep going, I know I’m on to something.

I had no idea when I wrote this that it would spark such an outcry. That within three days it would get over 2 million hits and over half a million Facebook likes, on my website alone. Or that it would get picked up by NBC/TODAY, ABC and the Huffington Post, along with a handful of other amazing websites. And a book? Maybe? What do you guys think?

That thousands upon thousands of exhausted mothers and even fathers would reach out to me in messages thanking me for speaking up for them. The courage, bravery. Yes, that is what this has taken. Telling me how alone they have felt. How much what I said resonated with them. How glad they were to not feel alone anymore. How hard being a parent is in this current cultural climate. How hard feeling judged is.

I had no idea I would receive messages from MORE than one mother telling me she had been suicidal. Suicidal. Until she read the post. And how thankful she was to know that she, in fact, was not getting everything wrong after all. That she now felt like she had permission to keep going.

I had no idea this was how bad things had gotten out there. Our Mommy Wars. What is wrong with us?

This post was never really about sunscreen. It was about our own internal judgment and shame. And I am so deeply sorry to every struggling mother that felt that it was about them. Or misinterpreted my tone. I wish I could go back and make those changes. But I cannot. I am a deeply flawed human being. Anyone that knows me, knows that I am about hope and love. And kindness. Thank you, Ellen DeGeneres. Anyone would see that by simply reading any other blog I’ve ever written.

What I want is for us to stop shaming each other. Whatever our beliefs are. How ever we choose to raise our children. Let’s be about supporting each other.

My post was one of parental exhaustion. It was written entirely out of the ridiculousness and yes, frustration with not knowing who to believe anymore. Or how to keep up. Period.

And we need to find a balance. Which the responses to my article clearly did not have. I was either naive for believing the studies or stupid for not believing them. Oh, really? No middle ground? This only made it clearer to me that I was on the right track for shutting my computer and listening to myself. Even if just for a moment.

So for those of you who do feel the need to judge or be rude, please save the grammatical corrections, the scientific data, the sales pitches, the death threats, or the shaming by relating your death of a family member from some disease (which I do feel terrible about, actually). I can’t even begin to explain how wrong that is. We are not responsible for each others losses. And this is the very problem I am talking about to begin with. We are all doing our best. And we should be supporting each other. Not fighting each other.

When you decide to shoot at someone, take a step back and make sure they aren't in the same trench that you are in.

And finally, if you have the time to leave an inappropriate comment on an unknown mother’s blog from Minnesota who has survived a mental illness, two suicide attempts, an attempted sexual assault, years of alcohol and drug abuse, and birthing twins, don’t think for a second she won’t survive you.

I bid you good day.

Sarah is a writer, speaker, wife & mom to 3 year-old twin boys. An assault survivor, mental illness fighter, & recovering addict/alcoholic who is loving life clean, sober, on medication, in therapy, trying to live each day loving the way Jesus did.