Deploying the 'Nuclear Option' on My Children 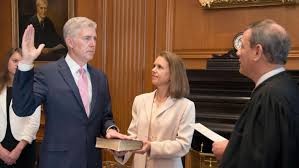 Filibusters in my house can erupt at any time.

Unlike Washington, there are no covert leaks to the press signaling this impending tactic, and no heavy sighs coupled with, “We didn’t want to resort to this but…” My daughters simply begin talking and do not come up for air until they have thwarted proposed legislation drafted by their parents.

Historians need not look far to discover numerous prolonged speeches aimed at sidetracking the Schwem family rules. Let’s see, in August 2011 there was the famous “curfew filibuster,” a long-winded diatribe by my oldest daughter that began somewhere around 2 p.m. and extended through the family dinner hour. She hammered home the same arguments, even as she cleared the table:

“EVERYBODY is going to be at the party.”

“I’m the ONLY one with a midnight curfew.”

Noticing my glassy eyes and weary expression, she sensed I was beginning to crack. “You’re going to miss the entire party if we keep debating this issue,” I said.

I uttered the phrase that is always the prelude to defeat:

“Whatever. Go ask your mother.”

She came home at 1:30 that evening. Or was it morning? I believe I was asleep in my easy chair. Who knew being on the receiving end of a filibuster could prove so exhausting? After all, she did the talking. My involvement consisted merely of head shakes and numerous replies of, “You already said that.”

Buoyed by her success, she passed on her stonewalling tactics to her younger sister, even allowing her to observe a doozy of a filibuster in 2015 that, as I recall, had something to do with a country music festival, a friend’s car and overnight camping. She failed in that one, eventually settling for a one day ticket as opposed to a three night, “we’re leaving Friday and we’ll be back some time after Luke Bryan finishes his set on Sunday” pass.

Looking back, she now admits that filibuster was doomed from the start due to my love of traditional country music — George Strait and Waylon Jennings in particular — and disdain for today’s “Bro Country.”

“Luke Bryan sucks,” I kept repeating, despite her repetitive argument that, “EVERYBODY stays until the end. That’s what makes it fun, Dad!”

Having grown weary of these exercises in tedium, and wordplay, I have decided to invoke a little-used, and certainly controversial, route the next time either of my children fire up their vocal cords for a filibuster.

Supreme Court Justice Neil Gorsuch has the nuclear option to thank for his new robe. Well, that and Senate Majority Leader Mitch McConnell, who decided that only a simple majority, and not 60 votes, were needed to confirm Gorsuch. McConnell bandied about legal terms like “cloture petition” to explain why debate on Gorsuch’s nomination would cease immediately. I see no need to include that kind of jargon; I’m just informing my girls that, from now on, only a simple majority is needed to stymie filibusters.

I invoked it for the first time last weekend, as my younger daughter geared up to argue for hosting a sleepover featuring 11 girls.

“Nuclear option!” I said as she explained how it would be IMPOSSIBLE to leave out anyone in her core group of friends.

“Mom won’t be home this weekend,” I said. “The nuclear option says I only need a simple majority to deny your request. The majority is one. Request denied.”

If I’d had a gavel nearby, I would have tapped it on the kitchen countertop.

“This is so unfair,” she said.

“It’s not important,” I said. “I’ll allow two friends to spend the night. That’s it.”

“Suit yourself,” I replied. “You can spend the evening cleaning your room.”

“Doesn’t work that way,” I said. “But sit down. I’m prepared to filibuster all night if you’d like a more detailed explanation.”