Published by Carolina Heinle on December 11, 2018

My husband was away this past weekend and on Sunday afternoon my sister stopped by with two piping hot lattes in hand and a snowman-shaped sugar cookie for each of the boys.

I’m sure she intended to stay only briefly, just long enough to assess my emotional and mental state since the past few weeks have been really hard. And probably also to wash the dishes piling up in the sink. But I started talking and before long words were spilling out of my mouth effortlessly — almost impatiently — as if they have been waiting all this time for exactly the right person to hear them.

Not surprisingly, because she usually does have on her listening ears, my sister was able to cut through my excessive rambling and isolate some pretty significant fear. And she did what she always does. She offered encouraging words and tissues and comfort and perspective.

But mostly she just sat with me and her company brought some much needed light into what has otherwise been a very dark time.

She showed up because I needed her. Sure, she showed up with some caffeine and sugar to help us get through the afternoon, but she showed up — I mean really showed up — despite her unrelenting work schedule, despite the dozens of other demands on her time, despite the shadows and disappointments in her own life, because she didn’t want me to be alone in the dark.

It may have taken me some time to fully appreciate it — say, 38 years– but I realized over the weekend that my sisters, both of them, have been showing up my entire life.

How lucky am I?

This is a dynamic that I desperately hope my boys inherit or consciously mimic or accidentally fall into. However it happens, I hope for their sake (and also a little bit for mine) that it happens because sometimes the world seems terrible and life too unfair and it is all so overwhelming that you can’t decide what to make for dinner or even if you’re hungry at all.

But then the garage door opens and you are handed a deliciously hot drink and you start talking talking talking and you realize that even though you are in the dark you are not alone.

And the person sitting with you lets you fumble around a bit, knowing that lessons learned in the darkness are just as important as those learned in the brightness of day. And then she says something funny and makes you laugh and a switch is flipped and you look around and see that everything is exactly as you left it. Exactly as it should be.

You just needed someone to turn on the light. 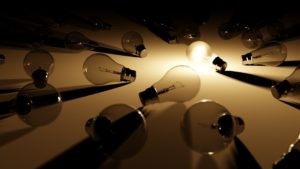 Several weeks ago I heard our middle son Luke crying softly in his bed because he couldn’t find his beloved Lamby. He cannot fall asleep without him and after a thorough search of his room, the little guy was nowhere to be found. Luke remembered suddenly that Lamby was in the playroom, which is at the end of the hall. It is also pitch black. The recognition that he would have to venture into the darkness to retrieve his best pal was too much for this already exhausted five-year old, so he started to cry uncontrollably.

I am a sucker for Luke and my heart was breaking for him, so I resolved to climb out of my super comfy and warm bed and retrieve Lamby. But it turns out that I didn’t have to because Luke’s bunk mate, his four-year-old brother Charlie, came to the rescue.

I waited for Charlie’s response because he, too, is afraid of the dark.

“I know,” Charlie said. “But we can just hold hands until I turn on the light.”

And the two of them scampered off hurriedly as one unit (I could tell by the sound of their footsteps) until they reached the door to the playroom. Then they stopped and I heard Charlie say (albeit reluctantly):

“Okay, Charlie. Thank you,” was Luke’s reply. The gratitude and relief were measurable.

And then I saw the light flicker on and Luke started to giggle.

“There you are, Lamby! Exactly where I left you!”

Exactly where he left him.

He just needed his brother to show up and turn on the light. 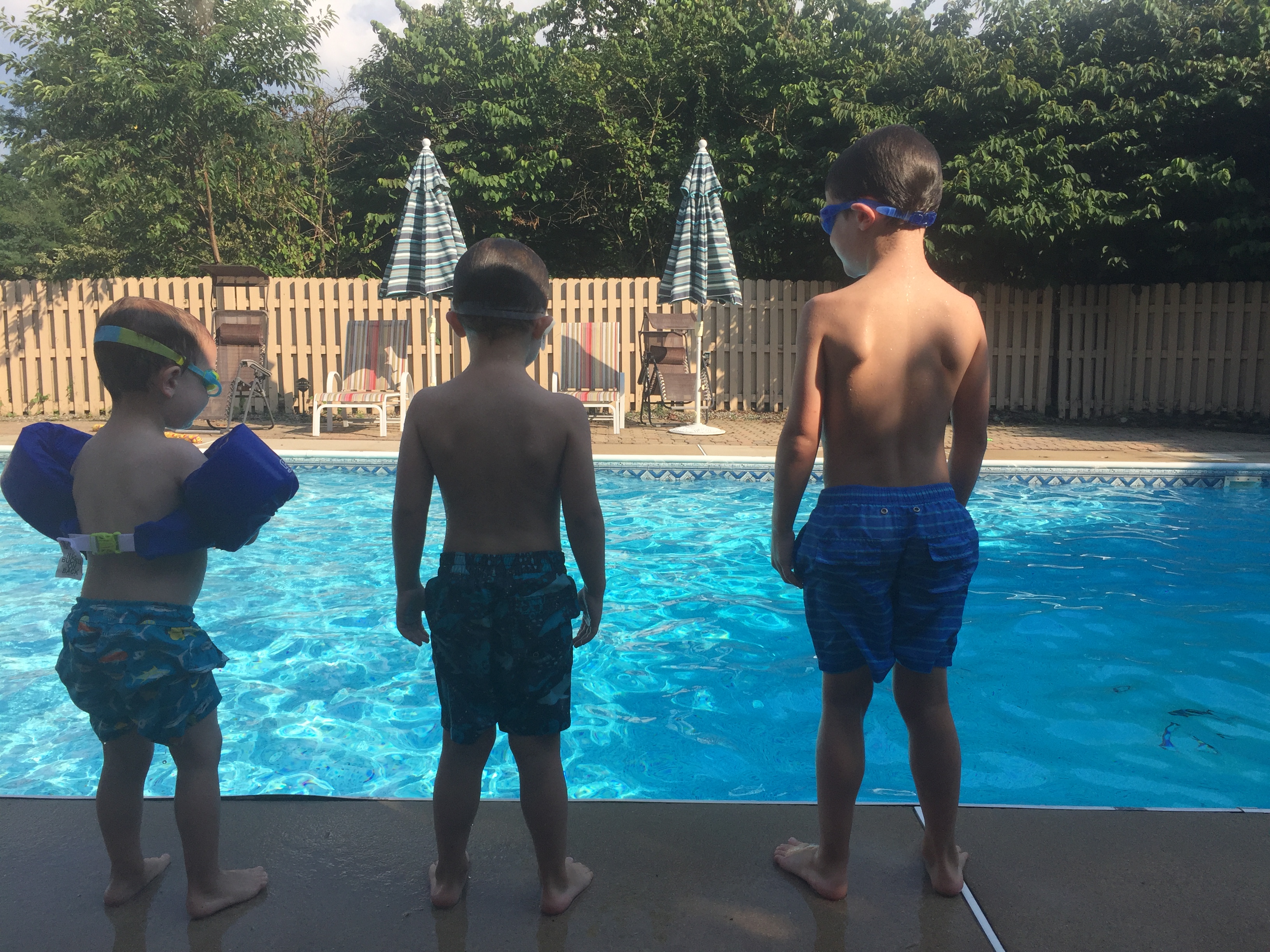