Dad Shaming - Is It a Real Thing?

I guess I became one of “those people” when I became a Dad nine years ago.

There isn’t a person alive who hasn’t said it or, at least, heard someone else talk about “those people”. Prejudice is alive and rampant. The phrase “those people” has been applied to (probably) all races, creeds, nationalities, orientations and it includes genders and now, even Dads.

To be honest, Moms have been shamed too. Working or not working, breast feeding or not, disciplining or not disciplining, and the list goes on.

However, a relatively new phenomenon has taken place and that is Dad Shaming. It probably existed in some form in previous generations, but it has come front and center in the social media era.

I personally have seen two videos in the past month trying to shame dads. No, maybe, that wasn’t the intent of the women involved. Or, maybe it was.

Nevertheless, two videos surfaced, that I am aware of and there may be more, but these two videos featured women in cars talking about their husbands who are daddies. I’m not sure I get why they were in cars except maybe these women thought that was the only safe haven in their galaxies that were away from kids… and dads!

To be fair, maybe these women wanted them to be “jokes”, and maybe there were. Maybe they were just “poking fun” at their respective husbands. Everybody (I hope) can take a good-hearted, well-intentioned joke. Poking fun at anybody and everybody on the giving and receiving ends tends to keep our feet on the ground, at least from a mental health perspective. Nothing wrong with that.

Well, I don’t honestly know. Maybe all of them to some degree (and maybe not) and maybe there’s more things going on in our world than I can possibly understand and address. As far as sex goes, I don’t do anything to be recompensed for sex…. anymoreJ

In one video, on a very popular parenting site, was a mommy talking about how her husband wanted to be praised for doing housework. She was in a car taking a video and talking. She was questioning why a man, her husband, would want praise for doing something she thought he should be doing anyway. Seemed innocuous enough, right? Maybe, on one level, it was. That level was a woman just talking and sharing her experience with her respective husband and joking(?) about it.

However, on another level, maybe the “joke” was a little deeper. What made it deeper was that this woman categorized her man and his chores done around the house in a stereotypical way. Nobody wants to be stereotyped or generalized as a group. Why would that be ok? Why would that be ok to stereotype daddies and men? I would venture to say that if the reverse were to happen, the floodgates of social media would open and demand an immediate response by the perpetrators.

In another video, just a couple of weeks earlier and also on an extremely popular parenting site, two women were talking and sharing their experiences about their respective husbands, also in a car. I guess I just don’t get the car thing. Again, maybe it was just two women talking and joking. It seemed like they were trying to be funny and again, on one level, they were.

But, what’s with the dad stereotypes? Do we blame it on the media for perpetuating them? After all, in commercials, TV and films, the bumbling dad is prevalent. But, why is that ok?

The two videos had something in common, besides women in cars talking about their husbands. They both received thousands of views and/or likes on the platforms they were on. Maybe that struck a proverbial chord with some people be they wives or women.

Am I a man or daddy? Which came first? I don’t know. I know I’m a man first, but one of my chief functions in life is being a daddy to my sons. They are kinda inseparable, at least for me.

Most importantly, were they guilty of shaming because of their intent?

Can you even imagine if the reverse happened, if men made videos that (allegedly), tried to poke fun at women, but in the end (allegedly) put women down like that?

I can hear the screams and trolls already.

Some women would say that obviously I and some other men just can’t take a joke. Obviously, men have been putting women down forever and it hurts Jeff, doesn’t it? Obviously, it was just “those women.” “Not all” women feel that way.

On the other hand, well, you know what I’m gonna say. Why were the videos ok to make and distribute and why did they get so popular? What’s going on?

To be honest, I don’t know.

What I do know is that I hear and read from daddies who don’t appreciate these videos and/or dad shaming in whatever form it appears. Dads hear it all the time, like if a daddy takes a kid out to the playground or store, someone will ask, “Are you babysitting?” And the questions and jokes and comments about daddies go downhill from there.

Is there a double-standard for men and daddies? Absolutely. Don’t believe me? That’s ok. Just look at most of the media representing fatherhood. Do they portray well-adjusted, mature, enlightened men? Or do the daddies look like bumbling fools?

Is that what sells? Why is it still ok to portray fathers like that? Why do some women generalize men and daddies and then distribute it on social media?

If “those women” have problems with their men/daddies, maybe they need to communicate to them directly instead of sharing it on social media. After all, they have the consequences of their poor choice in mate selections to deal with.

If “those women” say it was all one big joke, that’s ok, too. I say, I don’t get it, but I respect their right to say whatever they want. As long as I get that right, too.

Finally, in his book “All In”, Josh Levs cites data and surveys which point out that men/daddies are contributing substantially to raising kids and all of its associated activities now more than ever. That’s a good thing.

If a man/daddy wants a little extra attention or even praise for doing parenting, or daddy work, I guess I don’t understand what the problem is. What have you got to lose? Your expectations or your virginity? If the kids are happy and healthy, isn’t that the true bottom line?

I guess it’s all a matter of perspective. But, what do I know? I’m one of “those people”.

This post was originally published on www.DaddyisBest.com and linked on www.FathersofMultiples.com. 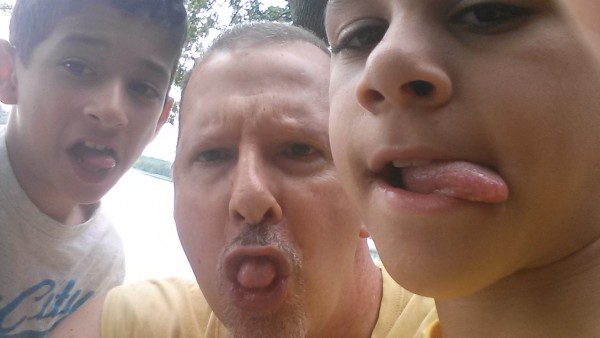 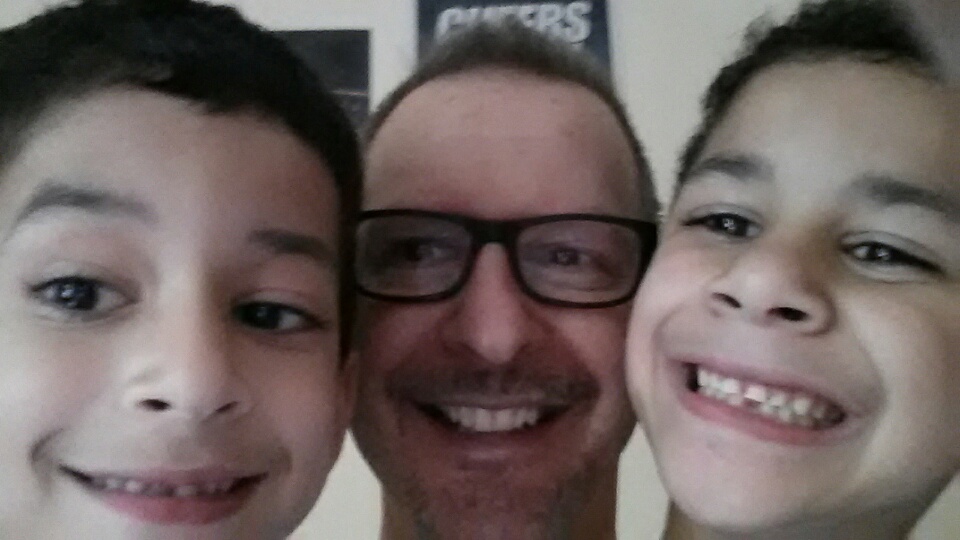