Children In Commercials: Is It Worth It!? 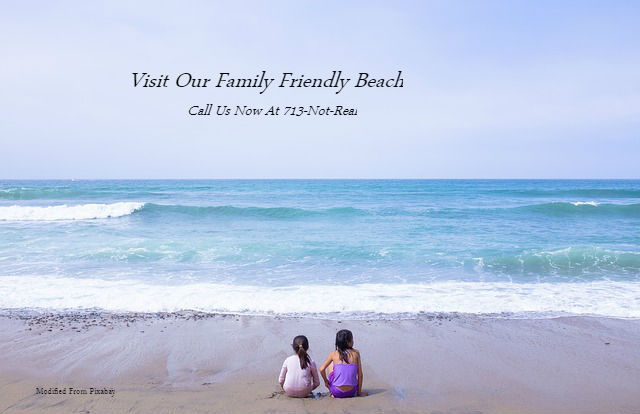 We are surrounded by advertisements every day. Commercials on TV, ads, and postings on social media, billboards by the roadside et cetera. Even when standing in line for coffee, there is a television above your head trying to convince you to buy the latest donut or muffin flavor. It’s become so prevalent in our lives that we have tuned them out, hardly even notice them anymore.

But if we slow down to pay attention though, what would we see regarding the people in these advertisements. We wouldn’t just see adults, we would see children and teens as well, even some parents showing their kids off on social media. What impact does this sort of activity have on a growing young person? Are these kids aware of what they are being a part of? All pertinent questions that need to be addressed.

Advantages
Yes, there are indeed benefits for children involved in advertisements on television and social media. Companies and some parents easily make money as some people may find the kids cute and the products more comprehensible to buy. Obviously, the money made can be used to help cover the costs of raising the child including education and other things for the child in question. It can be a stepping stone for children who express an interest in acting as a career. Leading to bigger acting roles in television or movies. Print advertisements similarly can lead to modeling jobs should the child be so inclined. It can be a positive experience given the proper guidance and parenting along the way. However, from this writer's perspective, these benefits do not outweigh the disadvantages of using children in advertisements or promotions.

Disadvantages
First, we must consider the impact the advertising industry has on the life of a child. It may not seem that way to someone who has never experienced it, but acting, whether in television or advertisements, is a job. It can be extremely hard work which may not be the best choice for a child. In addition, the pressure to perform can put undue stress on such a young mind. Even we, as adults, have difficulty managing stress and the pressure to do well in regular jobs. A child doesn’t have the necessary tools in their emotional arsenal to cope with that kind of stress.

There are countless examples of child stars, many who got their start in advertising, who have turned to self-destructive behaviors. Eating disorders and drug or alcohol abuse are very common in children who live this lifestyle. The mental health implications are serious enough to draw attention to children in advertising and to begin to question the practices that have become normal.

Additionally, how much does a child understands what he or she is being involved in? Does a three-year-old have the cognitive awareness to realize that they are being used to sell toys to other children? Of course not. Very young children in commercials and other advertisements just think they are playing with a new toy. In most cases, the child actor will be allowed to take the new toy home with them. They are excited and happy in the advertisement because they are playing, not acting. Yes, while the money may be set aside for them, we must question whether or not it is a good idea to use children in this manner.

Is it fair for us, as adults, to expose children to a situation that could be potentially hazardous to their mental health and well being especially when these children cannot comprehend the situation they are in? Even if they navigate through the world of commercials and advertising successfully and come out unscathed, they are still being used to sell things and make money for a large corporation and individuals without having the ability to understand the implications of that. What if that child grows up to have strong opinions against corporations? For instance, a child who participates in a hot dog commercial later becomes a vegetarian? They may grow up to resent being used to sell products that don’t align with their adult philosophy before they were given a chance to make their own informed decision.

Participating in commercials to advertise toy sales may seem innocuous but where do we draw the line? Children are participating in all kinds of advertisements all over the developed world. And they are far from only participating in toy commercials. Clothing advertisements, in print or video, can be damaging to the self-esteem of young children before they even have a chance to develop their own. Pressure to look a certain way affects everyone, at all ages. But it’s definitely not something we should be exposing our children to. There are countless stories of children lining up to be chosen for a print ad or commercial only to be told they don’t look the right way. Girls as young as seven or eight being told they need to lose weight in order to be successful. While children that age are aware of the world around them and may end up internalizing the messages society is sending, either way, putting them in an unnecessary situation to be judged by adults isn’t fair to them.

Furthermore, when you take into consideration the number of children creating YouTube videos in their own homes. These may not be advertisements in and of themselves, but they create another platform to pair the use of children with ads. Ads that run before or in between these child-created videos may or may not contain children. But they are capitalizing on the children in the videos and they likely do not realize what their content is being used to promote.

Conclusion
While there may be certain benefits to using children in advertisements and commercials the disadvantages seem to outweigh any advantages. Considering also that the commercials and ads that children are in are targeted almost exclusively at other children in order to sell more products.

The next time you or someone you know says “she’s so cute, she should be in commercials” about an adorable toddler, think twice about the implications involved in using children to sell things. Kids should spend their childhoods being kids, not under the hot lights of a studio. And certainly, should not be exposed to the potential mental health hazards that come along with it.

Please, feel free to share your perspective(s) on this issue.

I am an easy going guy, who loves to research and share interesting contents on various media platforms. I also love to play chess.

Is TV Bad for Children?
10 Reasons to Remove the Television From Your Child’s Bedroom
I don’t want you to ‘accept’ my daughter with autism
advertisement

Is TV Bad for Children?
10 Reasons to Remove the Television From Your Child’s Bedroom
I don’t want you to ‘accept’ my daughter with autism