Can We Stop Putting Labels on Parenting?

Published by The Mommy Rundown on October 3, 2017

When I became a parent eight years ago, I knew I would be getting the new title of “Mom” or “Momeeee” as my kids like to scream. I knew there were a lot of responsibilities and expectations that came along with that prestigious name. I was ready to take them on, and that I did, some days better than others, but you get the idea.

What I didn’t know was that there was a chance I would be labeled as a certain type of parent. I thought a parent was a parent and that was that. That’s the way it was for my momma. She was my mom. That was pretty much where it ended.

Fast forward a few decades where parents of my generation have the pleasure to be categorized into certain parent molds. I’m sure by now you’ve heard of them all.

You have the helicopter parents. Those are the ones who apparently are overprotective and take an obsessive role in their kids’ lives.

Then you have the lawnmower parents. Those are the ones who stop at nothing to make sure everything goes smoothly for their kids and there are no obstacles in the way.

Don’t forget the “free-range” parents who let their kids explore the world. I thought only chickens could be “free-range”? Who knew?

On the opposite end is the “tiger” parent who doesn’t let their kids explore anything. They’re pretty strict and lay down the law 24/7.

Then there are the attachment parents. They love, love, love to be with their kids 24/7, some even at bedtime.

The list goes on and on…and on. Am I the only one who finds this type of parenting labeling downright annoying? I’m still confused as to how we got to this point, but I wish it would all go away.

If you’re like me, you take a little chapter out of each of these parenting styles.

Do I tend to hover over my kids at times like those so-called helicopter parents? Sure.

Do I try to make things easy for my kids? Sometimes.

Do I let my kids explore and do their own thing? Absolutely! Especially on days when I’ve heard “mommy” for about the 100th time and my head is ready to explode. Explore all you want my young Dora…explore…and take your sister with you!

Am I strict with my kids? You bet. They call me “mean” at times, but it’s all good. They’ll thank me later. I used to think my parents were mean but now I get it. They did everything out of love and concern. They’re lucky that all they had to worry about was me wanting “total phone” so I could have a conversation with more than one of my friends at the same time. That was technology at its best in the ’80’s! I think if my parents had to deal with all the pitfalls of cell phones and social media their heads would explode.

Am I attached to my kids? Of course? Just not at bedtime.

So would that make me an attached helicopter, lawnmower, free-range tiger momma?

If you want to classify yourself as a certain “type” of parent, knock yourself out. I’ll take a time out on that one. There are already so many self-imposed and society pressures on parents these days without throwing parenting labels into the mix. Like I tell my kids, I don’t care what everyone else does, I only care what you do. I just wish we could all make it a little easier on one another. 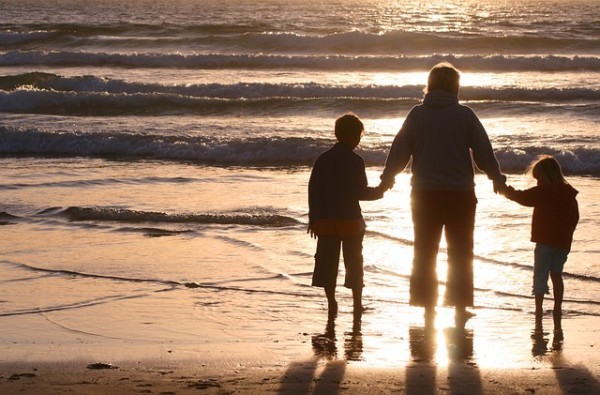 As parents, I think we’re all constantly trying to figure this thing out and wonder if we’re doing it right so we don’t screw it up. But, what’s right for you may not be right for me and vice versa.

I think if everyone just tries to be the best parent they can, we’ll all be better for it. Let’s leave the helicopters and the lawnmowers out of it.