Busting the Myth That We Have to Bubble Wrap Our Kids 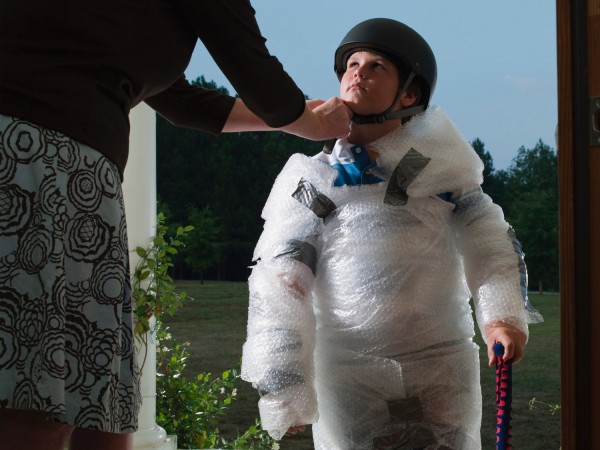 “I walked or biked to school for years, but my children don’t. I worry about the road. I worry about strangers. You can start to imagine evil on every corner. In some ways, I do think they’re missing out. But I like to be able to see them, to know where they are and what they are doing,” stated a mom in a newspaper article on bubble-wrapped kids.

“[I don’t know] one friend of mine who can actually walk across the street without parental supervision…Parents these days are completely paranoid!” wrote a 12-year-old girl in a letter to the editor of the New York Times.

“I worry about having stairs in the house because they’re dangerous for the kids,” say so many parents searching for a new home on HGTV’s House Hunters. They also sigh in relief when they can view the backyard from the kitchen window because they’ll be able to observe their children at play while cooking. And they want an open floor plan, not because they like to be able to entertain guests while prepping food but because they’ll always be able to see their kids in the family room.

What, I wonder, is going on here? Surely children through the ages have been raised in homes with staircases and have survived. We might have a much smaller world population otherwise. Surely many of us remember playing, not just in the family room but in any darn room we chose, including the basement. Playing, not just in fenced-in yards but in entire neighborhoods. Walking – sometimes long distances – to school. And we did most of it without an adult in sight.

The folly of it all struck me one day when a young mother approached me after a speech to ask if it was okay if she sometimes didn’t play with her child. I stared at her blankly for a few moments because I honestly didn’t know what she was asking. And then it hit me: she had gotten it into her head – either due to our society’s ubiquitous scare tactics or to the current misguided notion that a good parent is an ever-present, always-involved parent – that she had to spend 100 percent of her time with her child. That if her child was playing, she had to play with her.

I assured the mom that it was absolutely fine if she didn’t constantly accompany her child in play. I cited some of the benefits of children playing on their own, and she seemed convinced. But I couldn’t get her question out of my head. Worse, I couldn’t get the image out of my head of what it would have been like had my mother been present during all of my childhood play experiences. I mean, I love my mother; but the idea of never being without her when I was a kid -- well, it made me shudder.

Perhaps you yourself recall the elation of running freely with your friends. The glorious freedom of not being watched. Do you recall some of the risks you took? The giddy anticipation prior to taking a risk and the exhilaration of conquering it? How many of those adventures would you have bypassed had your mom been with you? For me, the answer is all of them.

To say we’ve become risk-averse where children are concerned is a serious understatement. And it’s not just parents (who, arguably, are the easiest of groups to frighten!). Teachers, school administrators, and city officials, perhaps in reaction to parents’ concerns and certainly in reaction to the fear of litigation, are showing the same symptoms. They’re removing monkey bars and swing sets from school and local playgrounds. They’re outlawing tag, cartwheels, and sometimes even running – and, oh yes, recess. In “A City With No Children,”Kaid Benfield cited the story of a school district refusing to join the other 425 schools in the state participating in a national Walk to School Day. They insisted that walking to school is unsafe, regardless of how well planned or supervised it is.

These actions in and of themselves are perilous! They perpetuate the myth that there is danger everywhere – that children must be bubble wrapped if they’re going to manage to advance from infancy to adulthood in one piece.

I realize it’s difficult to believe otherwise, especially considering the paranoia spread by the media’s incessant tales of tragedy, presented in all their gory minutiae. But the experts – and there are many of them – insist that today’s children are no less safe than children of the 1970s. Stranger danger, which tends to top the list of parents’ fears, truly is a myth. When children are kidnapped, only one hundredth of one percent are abducted by strangers. In fact, according the to the National Center for Health Statistics, children are four times more likely to die of heart disease than to be kidnapped by a stranger.

That latter point bears emphasizing in light of the fact that much of the decline in risk-taking also involves a significant decline in physical activity in children’s lives. Social historian Peter Stearns, quoted in a Psychology Today article called “A Nation of Wimps,” backed up this argument rather nicely when he maintained that parents have exaggerated many of the dangers of childhood while overlooking others, such as the demise of recess.

Additionally, beyond the loss of physical activity and its related potential health problems, there is the disturbing description of today’s bubble-wrapped children, made by a number of experts, as dependent, risk-aversive, psychologically fragile, and riddled with anxiety.

That doesn’t sound much like a generation I trust to become strong and courageous adults.

Children are meant to be risk-takers. Mother Nature made them that way while also providing them with the ability to know just how far to push the boundaries. There are infinite benefits to kids being allowed to take the risks that nature intended, and there are infinite problems resulting from the lack of opportunity to take those risks. Kids who grow up afraid of risk will not be problem solvers. They will not be resilient. They will certainly not be able to handle risk, which is inherent in life, when it comes along. Many, in fact, will crumble. And children raised in a culture of fear? Well, that’s just asking for trouble.

As just one example, I know two sisters who were raised to be fearful and risk-aversive. One is paralyzed by depression and panic attacks and the other, at age 30, is unwilling to even attempt driving and still lives in her childhood bedroom in her parents’ home. Granted, this may be an extreme example, but if you talk to any counselor at a college or university today they’ll tell you they’ve never seen more students unable to function on their own.

Given all of that, we have to ask ourselves: what’s the real risk here?

So, what’s a parent to do? My advice:

- Follow Lenore Skenazy’s blog, Free-Range Kids, for an honest and often humorous take on raising “safe, self-reliant children (without going nuts with worry).”
- For more information, read “Risky Play: Why Children Love It and Need It,” written by research professor Peter Gray.
- Read “Are we about to ban childhood altogether?” It comes from Australia but is nonetheless applicable.
- Watch your words! Try not to worry out loud about “scary” things and to the extent possible bite back words of caution, especially with girls. I once read a study that determined parents issued more words of encouragement to sons (“You can do it!”) and more words of warning to daughters (“Be careful!”).
- If you arm yourself with the facts and understand that the “cult of kiddie danger,” as Lenore Skenazy calls it, is simply “mass hysteria aided and abetted by the authorities” you’ll sleep much better at night and breathe much better during the day. And your child will grow up without persistent fear as a companion.

Rae Pica has brought her messages about the development and education of the whole child to parents and educators throughout North America. Her latest book is What If Everybody Understood Child Development?: Straight Talk About Bettering Education and Children’s Lives. You can learn more about her at www.raepica.com and follow 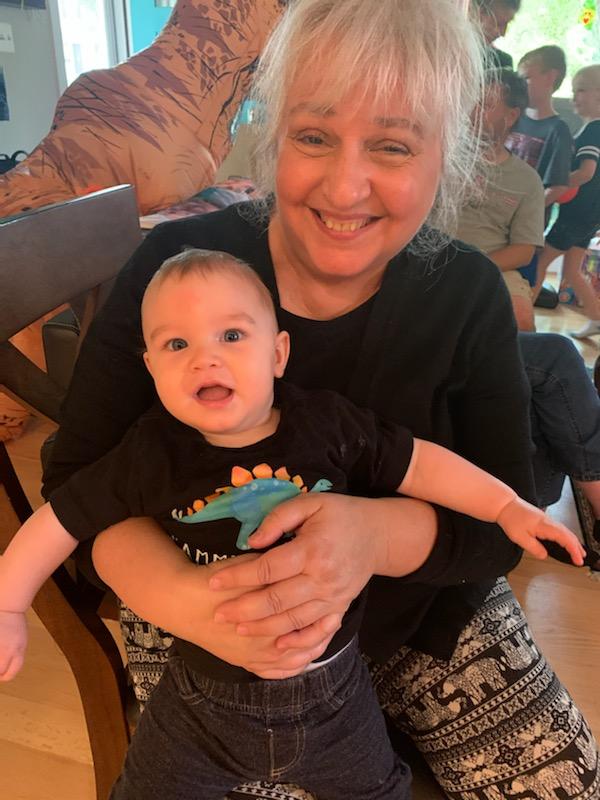