Bring on the Mommy Wars 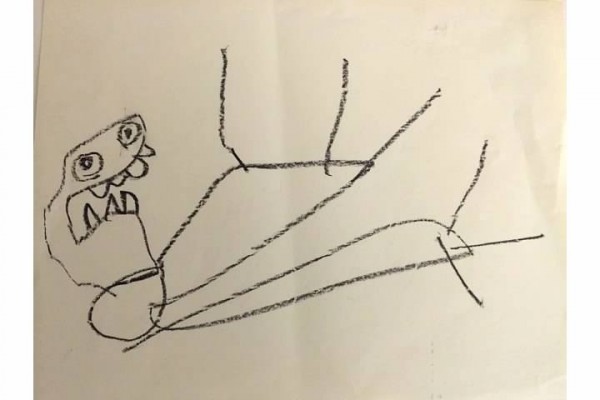 So many have put so much into stopping the so-called mommy wars: the fight over which parenting practices will irrevokably damage our children, and which will send them to Princeton. There are tiger moms, helicopter moms, attachment parents, unicorn moms, child-centered parents, primal parents. And everything in between. And after all the effort to stop the mommy wars, after all the kumbaya we-can-all-get-along every blogger’s been pushing lately, I’m ripping up the fragile truce. I’m done. I’m sick of the mealy-mouthed we-all-have-to-support-each-other.

Because I don’t support some of you, and I’m tired of pretending.

We all got into this parenting thing with various ideas. We picked those ideas because we think those are the right ideas. Maybe not the right ideas in all circumstances - think breast or bottle - but the right ideas nonetheless. We looked at the available research, read some baby books, talked to some moms, and decided: Yes. I will be x kind of parent. I will do y things to help my child grow into a productive member of society.

That means that, by definition, we decided some ideas were wrong. Maybe not wrong in all circumstances, but wrong. For example, I think cry-it-out is barbaric unless it’s necessary for the sanity of the family, and then only as a last resort. Maybe we think some things are always wrong: for me, that’s circumcision. I’m sick of pretending to support moms who made a choice I think is contrary to human rights and dignity. I don’t support you.

But that doesn’t mean I have to shout you down. As women, we’re programmed to be butthurt when other women disagree with us. That doesn’t fly. We need to learn to live with disagreement, however uncomfortable. I can not support your choices without being rude or thinking you’re a howling idiot. I can think you’re wrong, and we can still be friends - hi, buddies who circ’d their kids! We regularly hang out with moms who have different politics, different religions, different musical tastes.

Think about abortion. Chances are, in your mom group, there’s a range of opinions from never acceptable to abortion on demand. You probably know who holds which opinion: your Catholic buddy’s pro-life; your hippie earth mother’s pro-choice. They disagree with each other in one of the most fundamental ways possible. They do not support each other. They might respect each other, but there’s no support there. How could there be? They embrace radically different ideologies. But they still manage to share snack pax at the playground.

There’s a sense in the mom community that we have to believe all choices are okay. Except, by our parenting practices, we’ve all shown that we think some choices are better for us than for others. And we probably think that some choices are not okay at all. We believe some things will give children a better shot at becoming a productive member of society. But we’re supposed to pretend we don’t, in the interest of unity.

And if we speak our opinion we’re a sanctimommy: a term used by women to shut down and silence one another. Certainly, there are tactless people who say the wrong thing at the wrong time in the wrong tone. Certainly, the internet is full of drama queens trolling for action. But when any critique is put down with cries of “sanctimommy”, there’s something wrong with the community. We’re self-censoring. We’re policing other women, and it’s supposed to be okay, because we need to band together as sisters or something.

To heck with that noise.

This isn’t a license to be rude to one another. It’s not a license to call one another bad parents. But it means that yes, if you find extended breastfeeding creepy, by all means, say so in the politest of terms. This should be the civilest of wars, fought with scientific evidence and eloquence. No personal attacks. No “you’re ruining the baby.” This is the only way we can discuss different ways of parenting without degenerating into “I’m okay, you’re okay” or “I’m right, and you’re a bitch.” It’s how you actually change minds - and foster honesty.

You can separate the practice from the person. You can see the failure to circumcise not as a moral judgement, but as a parenting choice. You can view cry-it-out as a choice rather than a sign of someone’s character. And we can all agree to be polite and kind about it.

So bring on the mommy wars. Start it up right here in the comments, as civilly as possible. And remember: you don’t have to support each other.

The Mommy Wars. Why can’t we all mind our own dang business?
The Term Mommy War is Insulting. I'm Not At War With Anyone.
Moms, the Truth Is That NO ONE Has It Better
advertisement

The Mommy Wars. Why can’t we all mind our own dang business?
The Term Mommy War is Insulting. I'm Not At War With Anyone.
Moms, the Truth Is That NO ONE Has It Better